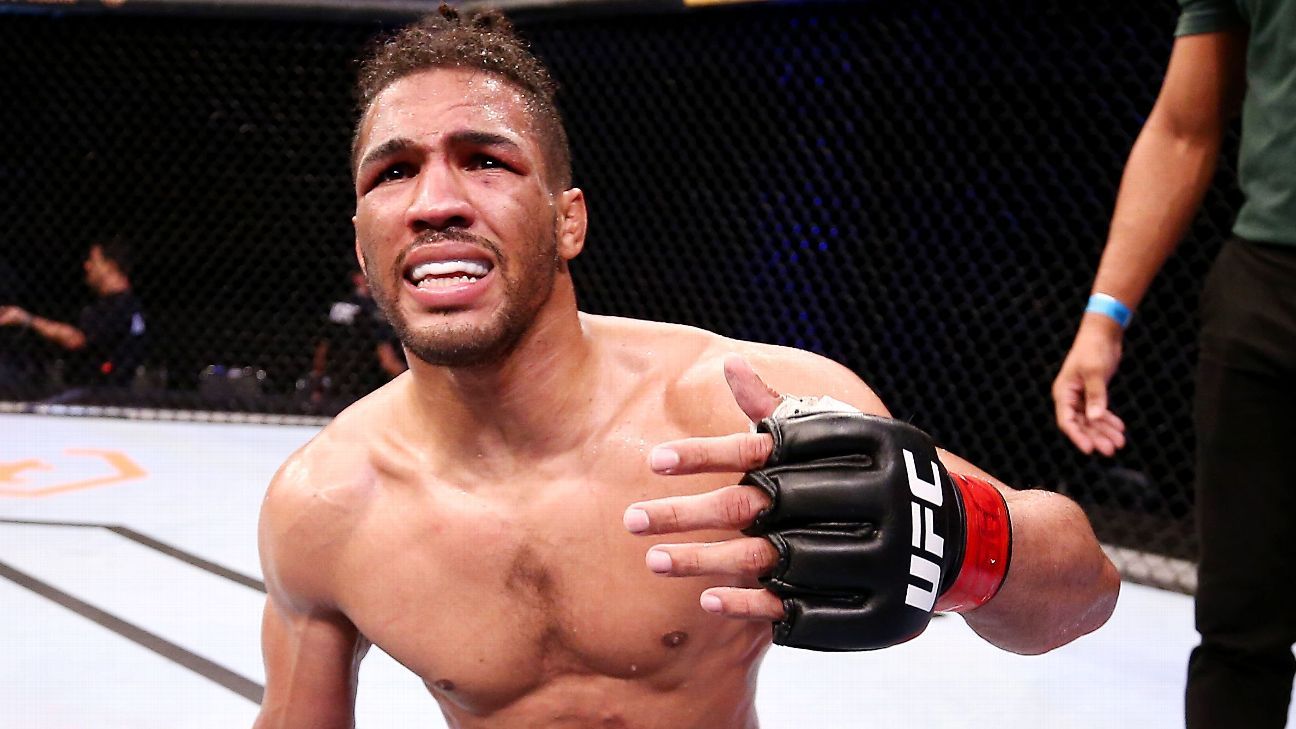 According to Lee’s manager, Marquel Martin, the 29-year-old had multiple fights left on his contract, but the UFC elected to terminate the agreement.

Lee (18-7) is currently serving a six-month suspension from the Nevada State Athletic Commission for a positive drug test of amphetamine. However, that suspension ends on Feb. 28, and the substance is not performance-enhancing.

In a battle of ESPN’s No. 5 and No. 6 bantamweights, Rob Font takes on former UFC featherweight champ Jose Aldo.

“The UFC’s decision to release Kevin is disappointing and unfortunate,” Martin told ESPN. “Kevin is young, talented and has fought some of the toughest guys on the UFC’s roster. I think the UFC made the wrong decision in releasing him, but we all believe there are brighter days ahead in Kevin’s career.”

Originally from Detroit, and now fighting out of Las Vegas, Lee challenged Tony Ferguson for the interim lightweight championship in October 2017. He came up short via submission.

Since that interim title fight, Lee has struggled through a 2-4 overall record. However, his losses have come against top competition. He lost to former lightweight champion Rafael dos Anjos and current lightweight champ Charles Oliveira. Most recently, he dropped a three-round decision to welterweight prospect Daniel Rodriguez.

Lee signed with the UFC in 2014. He fought primarily at lightweight and compiled an overall record of 11-7. Some of his most notable wins came against Michael Chiesa, Edson Barboza and Gregor Gillespie.