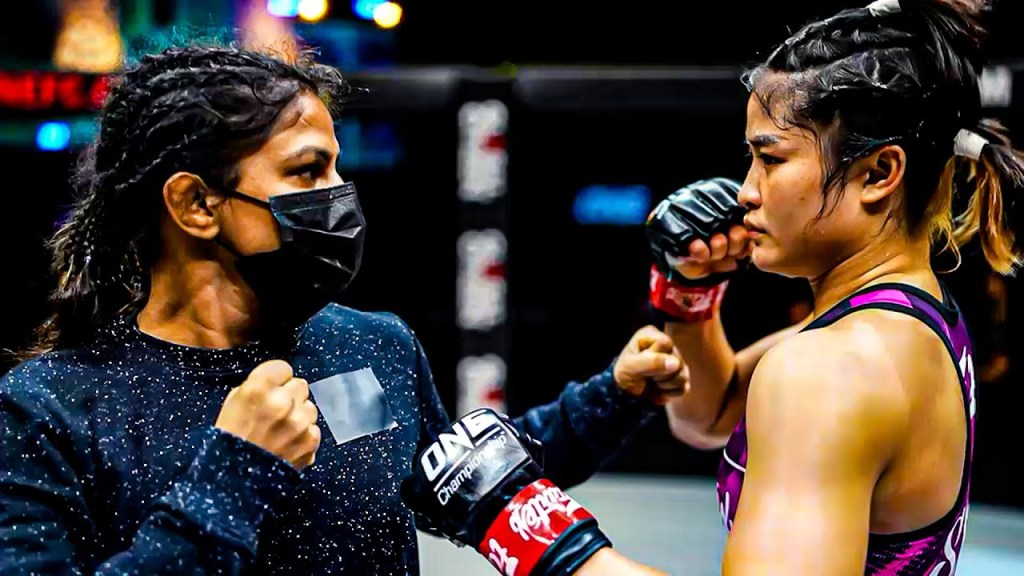 ONE Championship will crown a winner of its women’s atomweight grand prix, with the victor earning a shot at the division’s champion.

On Friday, the featured MMA bout of ONE Championship: Winter Warriors will see Stamp Fairtex take on Ritu Phogat in the finals of the atomweight tournament. The winner will earn the right to challenge for Angela Lee’s title in the near future.

The event takes place on Friday, Dec. 3, at the Singapore Indoor Stadium in Singapore, and airs live on the B/R Live app.

The grand prix finale matchup is a classic striker vs. grappler battle as Fairtex (7-1) is well known as a dangerous striker with her Muay Thai and kickboxing experience. On the other side, Phogat (7-1) is a smothering wrestler who would love to get this one to the mat as soon as possible to impose her will.

“If the fight goes to the ground, I will have to find a way to get back into my own game,” Fairtex said during a recent interview with ONE commentator Michael Schiavello. “I will not play her game. I think that if she would try to stand and fight with me, she would get knocked out.”

Fairtex has three first-round finishes under her belt in her ONE Championship tenure. If Phogat hopes to challenge for Lee’s title, avoiding her opponent’s striking game will be key. Dangerous in her own right, though, Phogat has a trio of finishes in her career, proving she has the ability to end fights early as well.

“In the atomweight division, my wrestling prowess has been unmatched, it’s been unparalleled,” Phogat said.”I feel that Stamp won’t be able to beat me. look forward to the 3rd of December and I’m inviting everyone to understand, to see, and witness for themselves.”

The champion, Lee, is a fan of both competitors and doesn’t have a preference on who wins. She has immense respect for both women and will be ready to face whoever emerges victorious. “I really love Stamp and Ritu,” Lee said. “I think they both have such big hearts and they’re both very humble. I’ve been a fan of them for a while now so I just want to congratulate them both on being in the finals.”

The lineup of ONE Championship Winter Warriors includes: