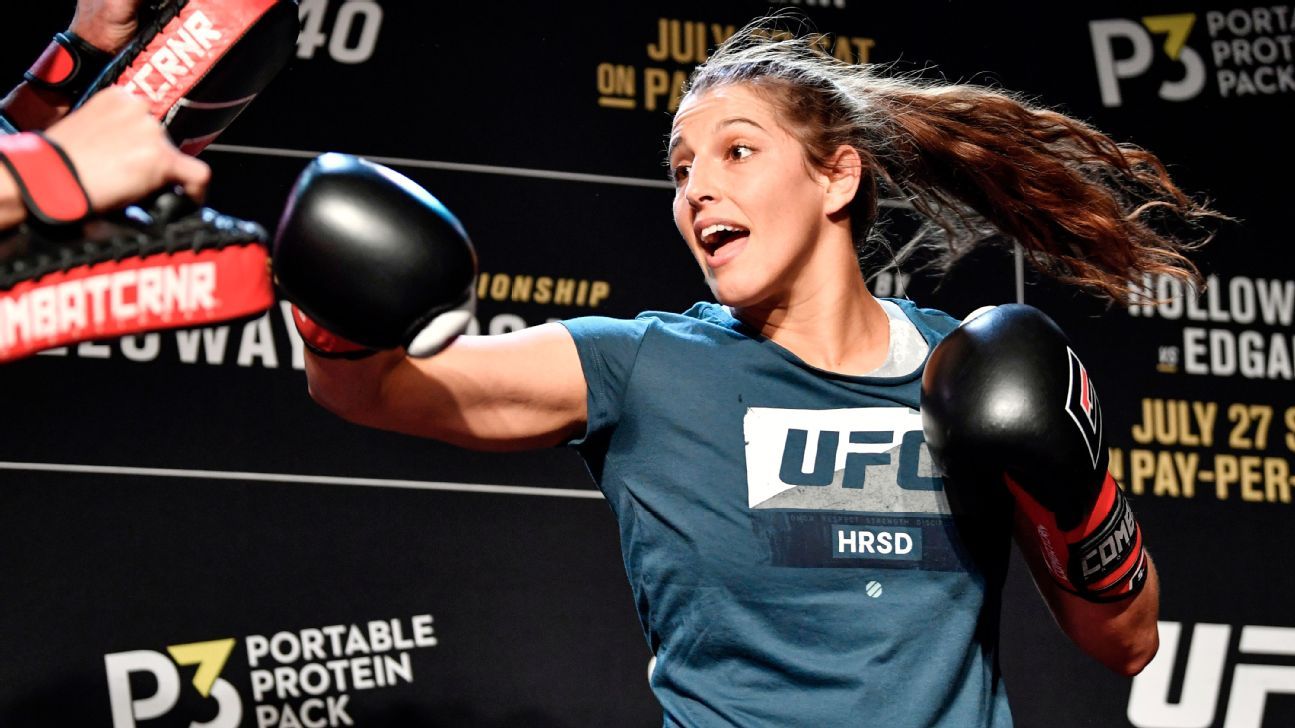 Felicia Spencer, a former UFC title challenger who has competed against some of the top female fighters of all time, is retiring from mixed martial arts, she confirmed Thursday with ESPN.

“I’ve made the decision to be done with my fighting career, if you want to call it a career,” Spencer told the website Fight Bananas. “I call it more of an opportunity. I’m done pursuing the opportunity. I’m really happy with where I left off.”

Spencer (9-3) competed just three weeks ago, beating Leah Letson via third-round TKO at UFC Fight Night: Holloway vs. Rodriguez on Nov. 13. The Montreal native, who lives and trains in Florida, was able to go five rounds with Amanda Nunes and Cris Cyborg, two of the greatest women’s MMA fighters of all time, in a pair of losses. Spencer, 31, challenged Nunes for the UFC women’s featherweight title at UFC 250 in June 2020.

“FeeNom” has worked for years as a school teacher, but said she has not figured out her future just yet.

“Letting myself have a little room to decide,” she told ESPN.

Spencer is also a former Invicta FC women’s featherweight champion and considered one of the best women’s 145-pound fighters in the world.

Brendan Loughnane on 2022 PFL World Championship fight: ‘That money can change your whole family’s life in one night’
MJF and Paddy Pimblett beef over the dangers of MMA vs. pro wrestling
Robert Whittaker on Alex Pereira – “Who let this guy in?” 😳
Michael Chandler Names New Money Fight Pitch Outside of McGregor
Sources: Coach not allowed in corner amid probe