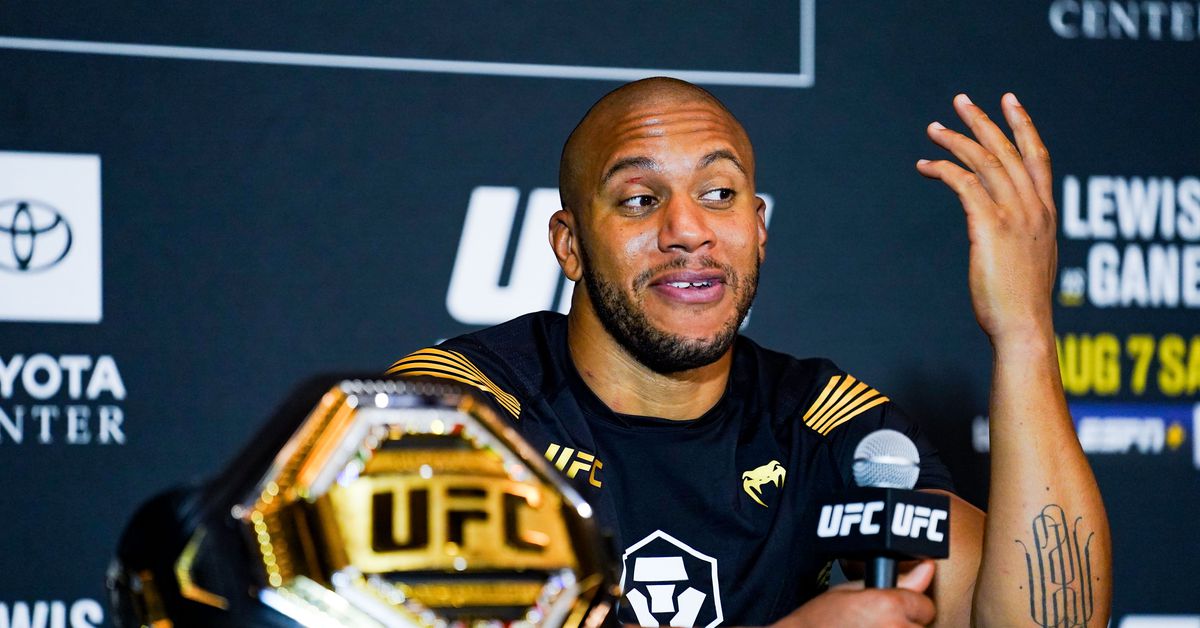 2022 is just around the corner and with it UFC 270 on January 22nd featuring Francis Ngannou vs. Ciryl Gane for the undisputed heavyweight title.

Everyone already knows Ngannou’s tale of working in a Cameroonian sand quarry before leaving Africa and making it to France. Now we’re starting to learn a bit more about Ciryl Gane’s story, which admittedly isn’t as epic.

“Furniture sales,” Gane said when asked by BT Sport what he was doing before combat sports. “I was really great. Not the best but I was good. I was young in this job, because in this job normally people are older than me, really older than me. And me, I was young, fresh, and authentic. Charisma. So calm!”

Unfortunately (or fortunately) for Gane, the furniture business he worked for shut down, which led him to step into combat sports more seriously. And what’s remarkable about Ciryl’s story is the speed in which he has gotten to the top of the UFC: after just three years of MMA training.

“I’m going to win against Francis Ngannou and I’m going to be in the top, the baddest man in this world after just three years in MMA,” Gane said. “That’s really crazy. That’s wonderful.”

“And yes, after that, if I win, this is going to mean something for real to me. Because after every fight, maybe you can see, I’m not really enjoying it when I win. I don’t know why exactly, I’m not excited about that. But tomorrow if I win against Francis, I’m going to be happy. I’m going to be happy for real.”

Gane played down the experience he had training with Ngannou when they were both at MMA Factory, saying “The Predator” he’d be facing in 2022 was going to be very different from the one he sparred in 2018.

“I think Francis did a lot these last years, and he probably improved and he’s more intelligent,” Gane said. “And that’s really great. He’s really well rounded now, and I think it’s going to be more like that. Because he knows I can manage the power. I think he knows I can manage the power. So maybe he should be a smart fighter this day [when we fight].”

Gane certainly sounds ready to fight smart. Based on his prediction for the fight, we should probably expect him to implement a cautious and technical strategy similar to his decision wins against Alexander Volkov and Jairzinho Rozenstruik.

“I’m going to manage the fight. I’m going to win after five rounds,” Gane said when asked for a prediction. “Maybe before with a submission or something like that, why not? Why not?”