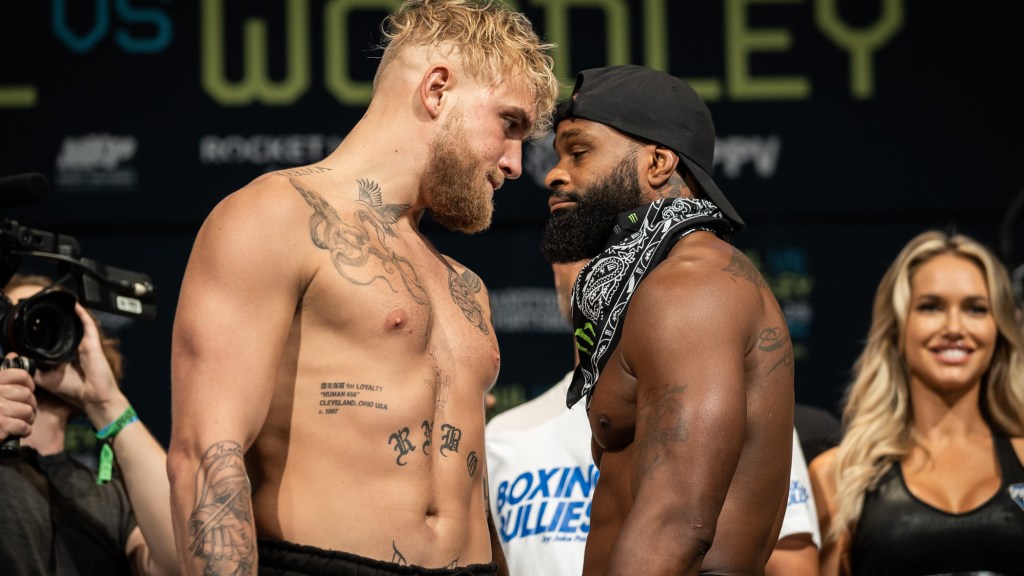 Tyron Woodley will get his wish after all.

Tommy Fury has withdrawn from his boxing match with Jake Paul, who will now rematch Woodley on Dec. 18 in an eight-round fight at Amelie Arena in Tampa, Fla., on Showtime pay-per-view. The reason for Fury’s withdrawal has not been disclosed.

Paul (4-0) edged out Woodley (0-1) by split decision this past August, and the former UFC welterweight champion has campaigned for a rematch ever since. Calls to run it back only grew louder from Woodley after he followed through on a pre-fight bet by getting Paul’s name tattooed on his middle finger for losing to him. Paul initially indicated that he’d be willing to rematch Woodley if he got the tattoo, and they shook on it in the ring, but Paul instead opted to face Fury, the brother of heavyweight boxing champion Tyson Fury.

But now that Fury is out, Paul will get into the ring with the man who gave him his toughest test to date. Although Paul was the busier fighter, Woodley was able to rock him in Round 4, and the YouTuber-turned-boxer went the distance for the first time.

Woodley, 39, hasn’t won a fight since his last UFC welterweight title defense against Darren Till on Sept. 8, 2018. He departed the UFC earlier this year after a four-fight losing streak to Kamaru Usman, Gilbert Burns, Colby Covington, and Vicente Luque, the final two being stoppages.