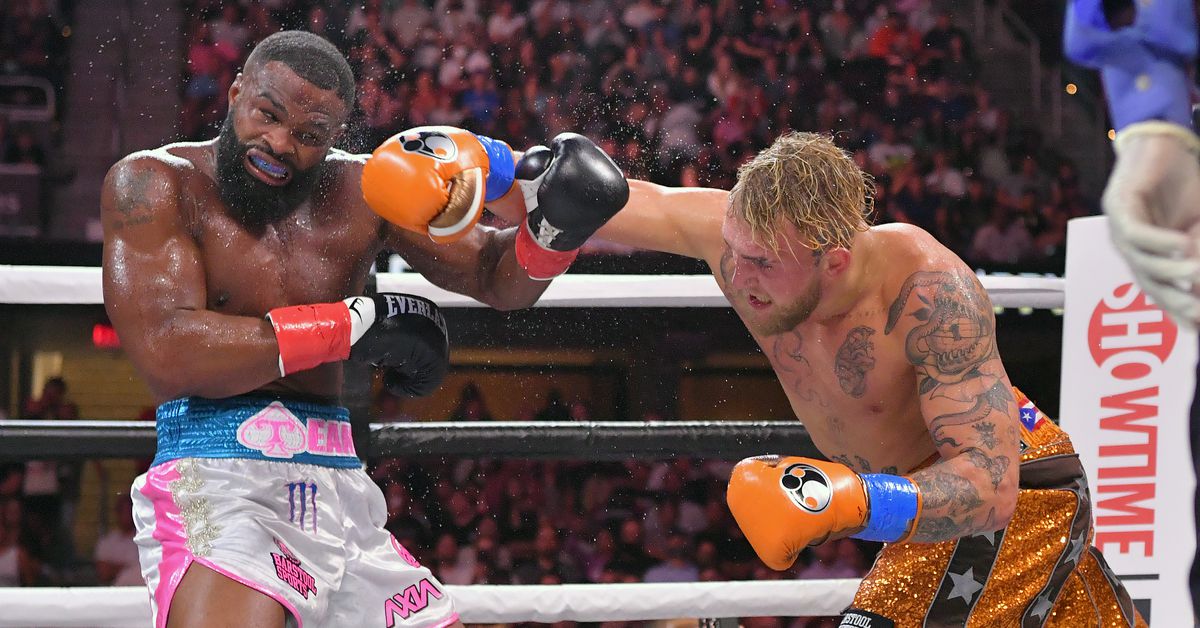 Jake Paul has opened as a sizable favorite over Tyron Woodley in their rematch scheduled for Showtime pay-per-view on Dec. 18.

Paul faces Woodley after Tommy Fury was forced out of the fight due to injury, which led to the former UFC welterweight champion getting the call as a late notice replacement.

Paul won a split decision in the first fight but he’s odds makers have actually made him an even bigger favorite for the rematch taking place in Tampa, Fla.

Here are the opening odds courtesy of BetOnline.ag

The first fight saw Paul open as a -160 favorite with Woodley as a +130 underdog.

This time around, Paul has become an even bigger favorite not only because he won the first fight but he’s obviously been going through the rigors of a full training camp while Woodley will be competing on less that two weeks’ notice.

It remains to be seen how much the lines might shift now that the fight is official with Paul clashing with Woodley for a second time in just over three months.

While he’s replacing Fury with just a matter of days to go until the event, Woodley has been champing at the bit for a rematch against Paul ever since the first fight ended. Woodley even got a Jake Paul tattoo as part of a pre-fight wager in order to score the rematch and now he’ll get his chance to avenge the prior loss when they meet on Dec. 18.