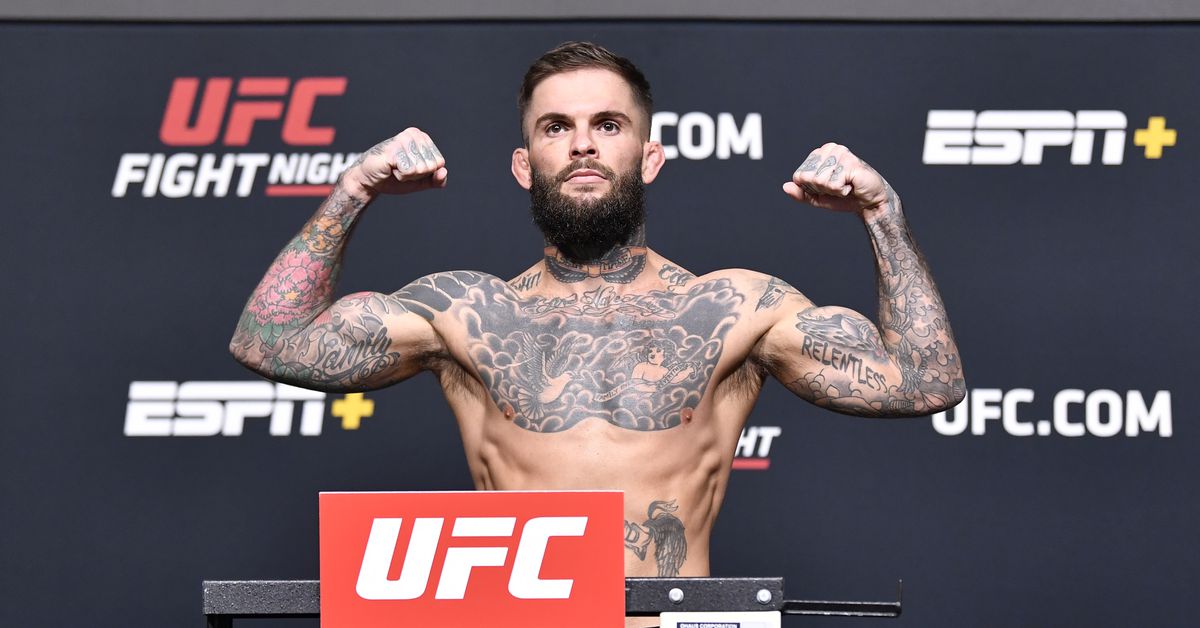 Cody Garbrandt will be making his flyweight debut this Saturday night (Dec. 11, 2021) when he takes on Kai Kara France in main card action at UFC 269 inside T-Mobile Arena in Las Vegas, Nevada.

The move comes after “No Love” had a rough four-year stretch in the stacked bantamweight division, which saw him lose four of his last five fights. But with that behind him, the ex-135-pound champion says he will bring something to the 125-pound division that has yet to be seen: raw power.

“There’s not a man faster in the UFC, especially with me being at 125 pounds,” said Garbrandt in an interview with ESPN’s Brett Okamoto. “There is not going to be a flyweight who hits as hard as me, that has the conditioning that I have, and the tenacity to get the job done,” he explained.

Garbrandt had long been one of the heaviest hitters at 135-pounds, a gift he used to his advantage to start his pro career at 11-0, ultimately winning the title at UFC 207 by beating Dominick Cruz. Despite his recent woes, “No Love” is adamant his move to 125-pounds is the beginning of a new era.

“I’ve been inspired this whole entire camp to do something that a few people have done,” he said during the UFC 269 media day (via MMA Fighting). “Yes, I’ve been a world champion, a former world champion in a previous weight division, that’s a small percent of human beings being able to have that title to their name.

“But even a smaller percentage have gone to a different division and being a world champion as well, so I’m inspired by myself, but also a lot of people around me with what’s about to take place Saturday and that’s just the start of it.”

He will have a tough first challenge in his new weight class because France has racked up a nice 5-2 mark in the division, with one of his two losses coming at the hands of current division king, Brandon Moreno.

MMAmania.com will deliver LIVE round-by-round, blow-by-blow coverage of the entire UFC 269 fight card on fight night, starting with the ESPN+ “Prelims” matches at 6 p.m. ET, followed by the remaining undercard balance on ESPN2/ESPN+ at 8 p.m. ET, before the PPV main card start time at 10 p.m. ET on ESPN+.

For more news and notes on UFC 269 be sure to visit our comprehensive event archive right here. For the updated, revised, and finalized UFC 269 fight card and ESPN+ lineup click here.