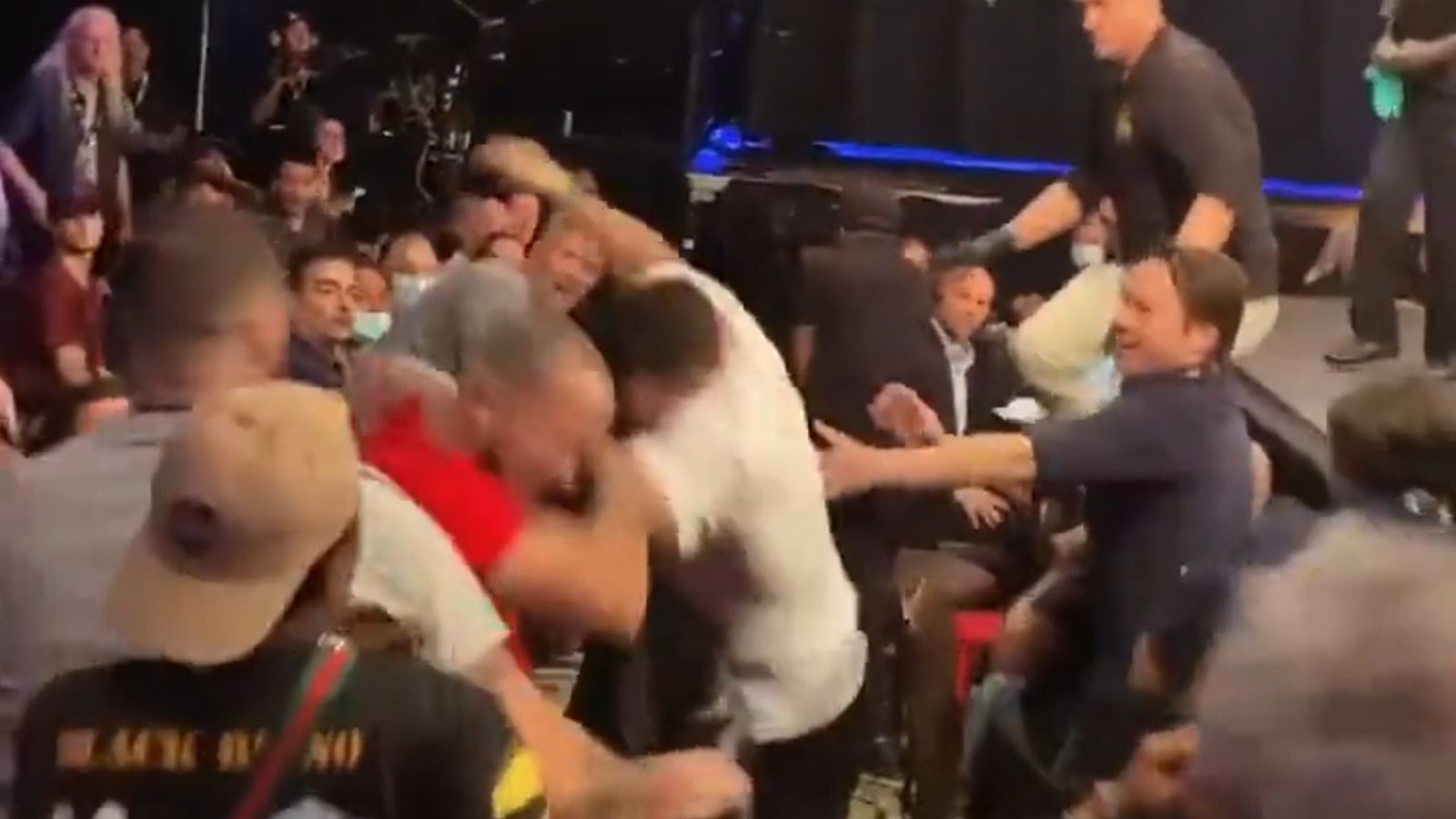 While Cody Garbrandt and Sean O’Malley were separated before things got out of hand during the UFC 269-pre-fight press conference in Las Vegas, Nevada (see it here), the security team at the BKFC event in Tampa, Fla., wasn’t as quick to the draw.

Mike Perry was a guest commentator in the broadcast booth calling the festivities while talking about his eventual debut for the bareknuckle promotion after inking a deal with BKFC earlier this year. Out of nowhere, Julian Lane could be heard talking to him off screen before some papers hit “Platinum’s” face.

And then all hell broke loose.

It didn’t take long for Perry to rush Lane — who was in attendance on the fans’ side of the rail — and start trading punches before people scrambled to separate them. The broadcast didn’t catch a ton of the action due to the light dimming, but there are several other angles available for your viewing pleasure.

Perry is coming off a win against Michael Seals at the Triad event in Arlington Texas, while Lane is scheduled to face off against Kalem Harris in January under the BKFC banner. And Since Perry doesn’t have an opponent lined up at the moment, it’s safe to say he’ll be an interested observer in the outcome of that fight.

Perry left UFC with a 7-8 record, losing four of his last five outings inside the Octagon.