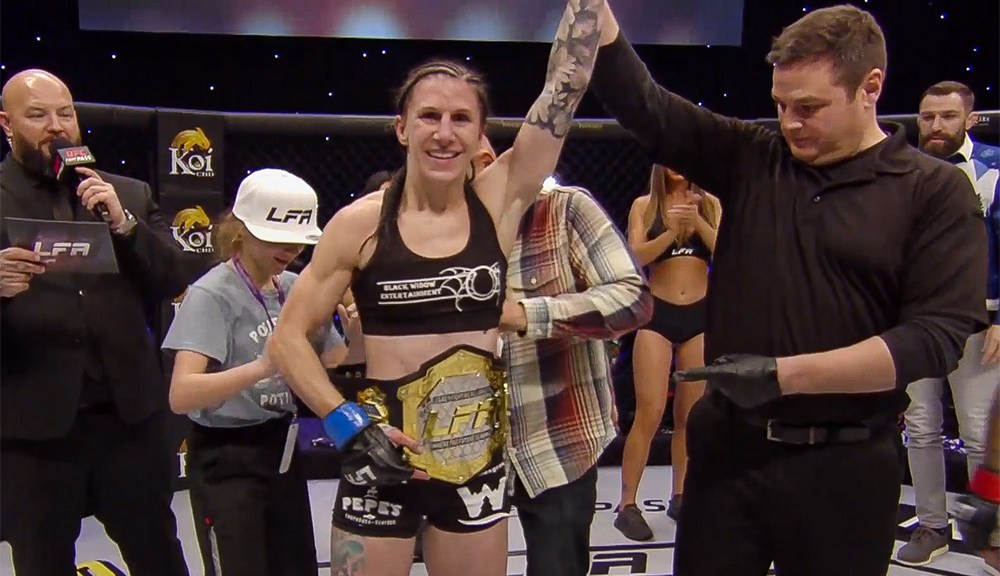 Legacy Fighting Alliance returned for its final event of the year on Friday evening to crown a new women’s flyweight champion.

Marya Cantuaria and Jamey-Lyn Horth stepped in the cage to battle it out for the vacant LFA title. On an evening that kept the judges very busy, the main event would not need their help in determining a winner.

The event took place at the Mystic Lake Casino Hotel in Prior Lake, Minn., and aired on UFC Fight Pass.

The main event started off quickly as both women traded strikes. Horth attempted to bring the fight to the canvas and Cantuaria dropped down to attack a kneebar. She came close to locking in the submission attempt, but Horth was able to work her way free. As the round progressed on the mat, Horth gained top position and landed punches as Cantuaria attempted to lock up her opponent’s limbs.

Early in the second round, Horth brought the pain quickly, landing clean punches on Cantuaria, causing her to drop to a knee against the fence. Horth used her momentum to take top position, landing strikes as Cantuaria did her best to survive and slow down the offensive output.

Horth continued her dominance into the third round. After the fight hit the canvas again, Horth worked her way to the back of Cantuaria and locked in a rear-naked choke to force a tap, becoming the new LFA women’s flyweight champion.

Also in action on the main card was former NBA player Royce White, who made his professional MMA debut against Daiqwon Buckley in a heavyweight bout. Although White showed some potential as a fighter, Buckley played the role of spoiler with his wrestling skills and won by unanimous decision.

The official results of LFA 120 include:

This is not the last we have seen of Israel Adesanya 👊
Conor McGregor Unleashes On Iconic UFC Figure During Twitter Rampage
Club Q shooter identified as former MMA fighter’s son
Raimondi’s Legitimate Questions: Can the UFC produce another megastar like Rousey or McGregor?
Midnight Mania! No More Main Events!