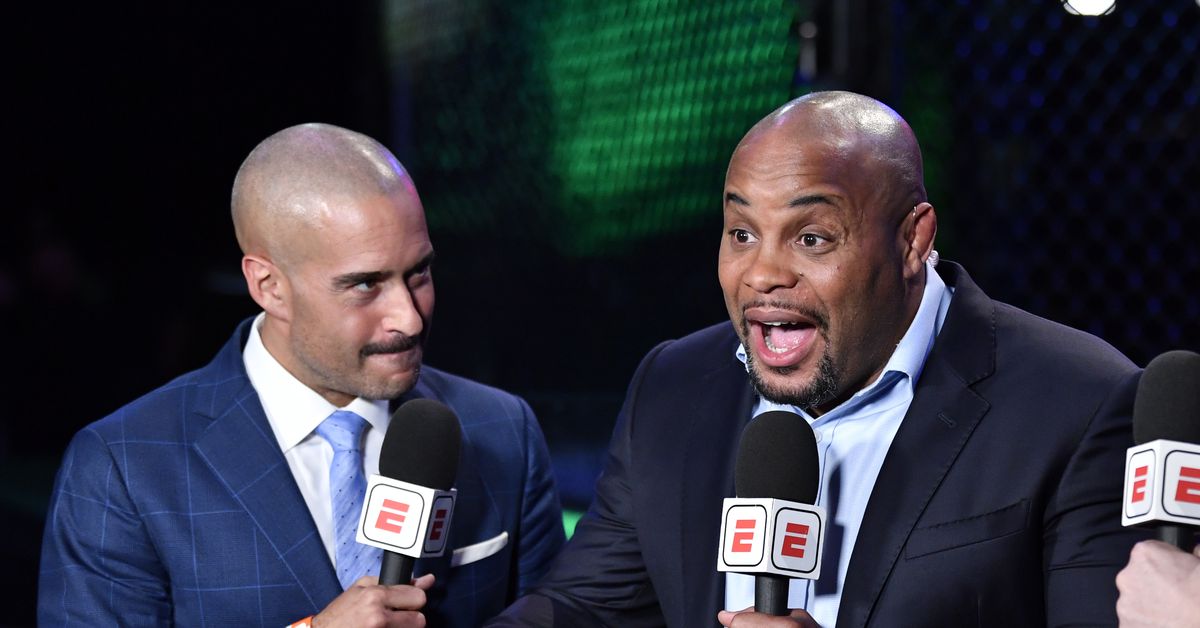 Dominick Cruz may not have the Bantamweight title anymore, but the veteran knows how to keep himself in the headlines. Last time around, Cruz made some minor waves by calling out Monster Energy’s Hans Molenkamp, a public action at least one of his peers derided as “d—k move.”

Just days before his return to action at UFC 269 vs. Pedro Munhoz, Cruz has again gained some additional publicity unrelated to his actual fighting talents. Discussing his apparent friend and fellow commentator, Daniel Cormier, Cruz publicly dunked on his preparation and abilities on the mic.

It was a bit awkward.

Now, imagine being the man who might potentially share a booth with them in the future! UFC’s longtime play-by-play commentator, Jon Anik, shared his thoughts on the situation with MMA Junkie, describing the whole thing as “disappointing.”

“It went from entertaining I think to start being a little disappointing,” Anik explained. “I knew inevitably I was going to be asked about it. They all prepare differently, so I’m not going to engage too much as far as that’s concerned.

“Dominick and I have spent a lot of time together, so he has seen me intimately prepare for these shows, so I appreciate he had some kind things to say. But any time the broadcast teams are taking any shine away from the athletes that are competing, this is not an ideal situation. The fact that Dana White is being asked about the broadcasters and that friction at the press conference, we’re talking about this instead of Geoff Neal and Santiago Ponzinibbio as our kicker to the interview. So I don’t like when we or any broadcasters take any shine away from our athletes.”

Unfortunate as the situation may be, Anik also said an apology from “The Dominator” is rather unlikely. Do you think there will be any tension in the booth when Anik, Cormier, and Joe Rogan narrate Cruz’s fight vs. Munhoz tomorrow night?

There’s a lot to discuss from today’s weigh-ins. First and foremost, Matt Schnell elaborates on his removal from the planned Alex Perez bout, which he blames on the commission for testing his heart rate immediately after weighing in.

The other big one: Cody Garbrandt hit the Flyweight limit and didn’t look half-dead on the scale! I don’t mean to play the “told ya so” card, but …

I think the most impressive part of the below stat is that Charles Oliveira and Dustin Poirier are excellent in their opponent’s strong suit too!

For main event fights the @ufc will follow you with a camera for a couple days to make you seem likeable and relatable. UFC “Let’s get some shots of you with your friends”… Me “what friend” UFC “maybe you can show us your place” Me “it’s an empty apartment” lol sorry guys.

After his last scrap, I’ll watch any “RoboCop” fight.

Any of our readers invest in a “Suga Show” NFT?

Buakaw is still nasty on mitts:

Smooth movement from a big boxer!

A clean liver kick began this sequence and likely helped set up the hands:

Midnight Music: I’ve been listening to Pitchfork’s Top 100 Songs of 2021 Playlist to remind myself how out of touch I am.