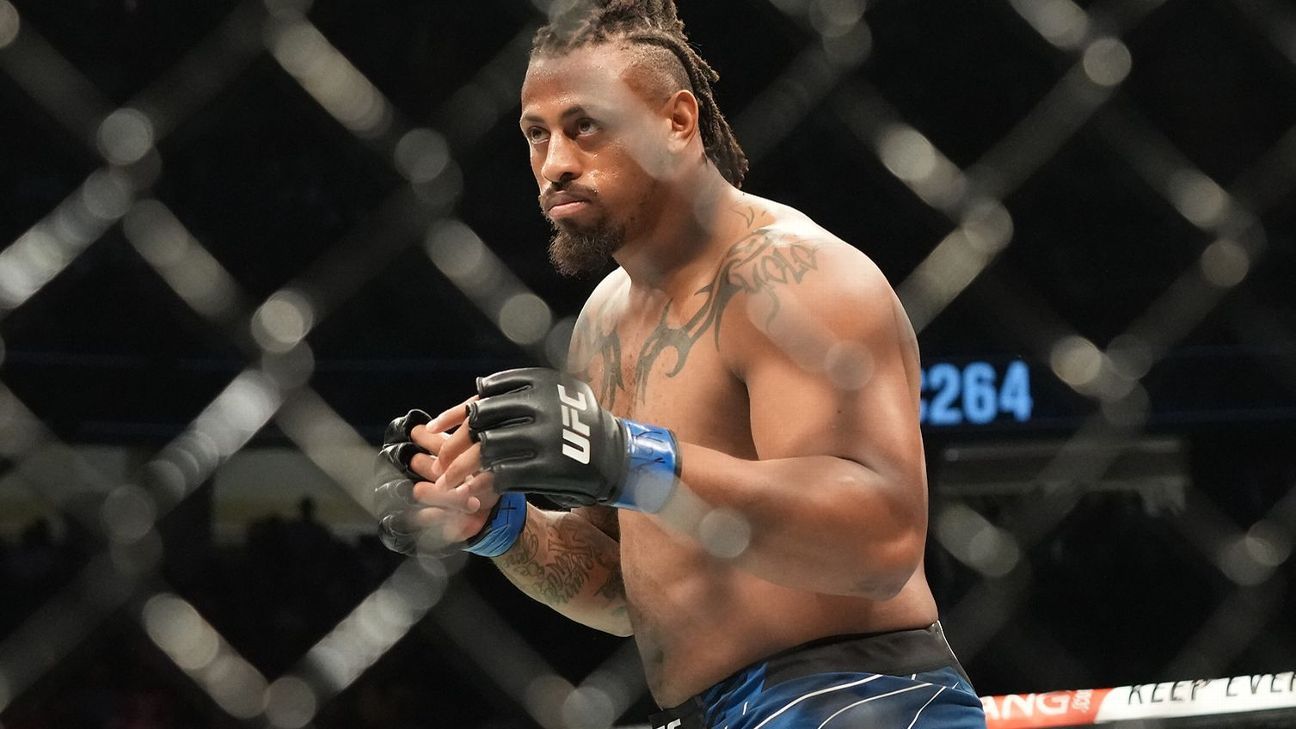 Former NFL standout Greg Hardy fought out his UFC contract earlier this month, and now his departure from the promotion is official.

A request for comment from Hardy’s team went unreturned Wednesday. Last weekend, Hardy posted on Instagram that he is “far from done” with MMA and he’s “just got some fine tuning to do.”

Hardy, 33, lost his UFC debut in January 2019 via disqualification due to an illegal knee, but won four of his next six. In October 2019, a Hardy victory over Ben Sosoli was overturned to a no-contest by the Massachusetts State Athletic Commission because Hardy used an inhaler between rounds. Hardy said he had asthma and was unaware of the rule.

Most recently, Hardy (7-5, 1 NC) was on a three-fight losing streak with all of those defeats coming via KO or TKO. Serghei Spivac stopped him in the first round at UFC 272 on March 5 in Las Vegas with ground and pound. That was the final fight on Hardy’s UFC contract.

Hardy was convicted on domestic violence charges in 2014, but they were later dismissed and expunged after the woman in the case stopped cooperating with authorities. The NFL suspended him 10 games for violating the league’s personal conduct policy. That was later reduced in arbitration to four games.

Hardy last played in the NFL back in 2015 with the Dallas Cowboys. He had a career-high 15 sacks in 2013 for the Carolina Panthers.