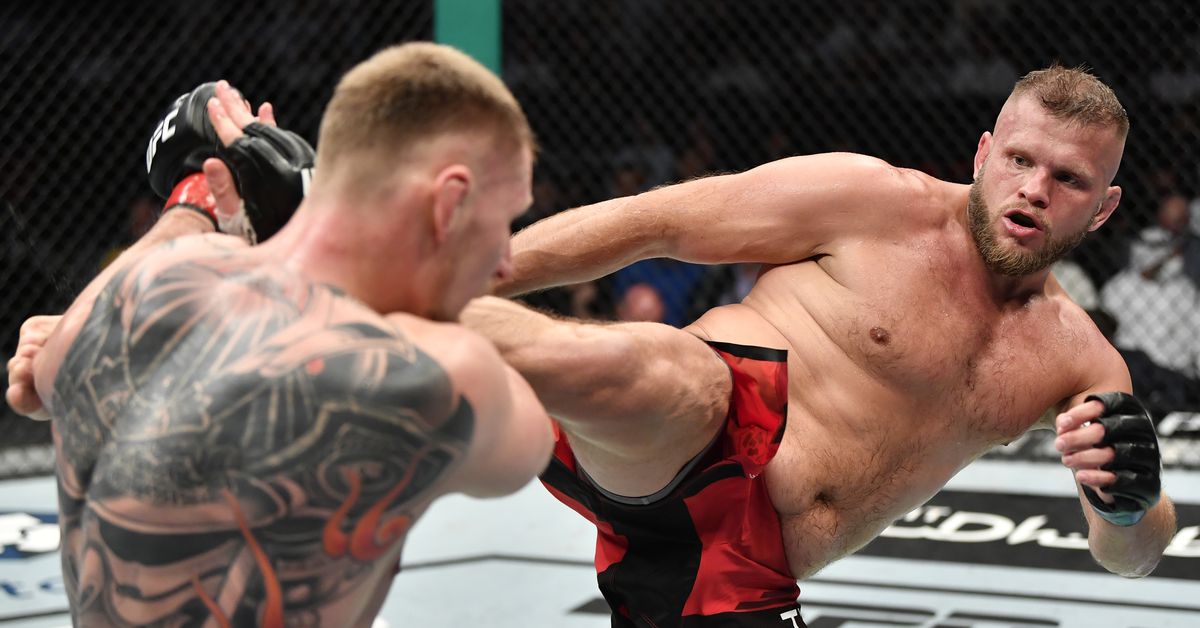 The main event clash between Tom Aspinall and Alexander Volkov scheduled for this weekend (March 19, 2022) in London, England is at risk. Though it’s hardly the most important consequence, the recent Russian invasion of Ukraine has notably impacted the combat sports world and Russian athletes in general. Notably, visas are getting far more difficult to come by for Russian fighters, which could impact Volkov.

To be clear, Volkov’s visa was issued previous to the conflict, and he’s already in London. Nevertheless, it remains unclear if he will actually be allowed to compete.

“I had my doubts that this fight wouldn’t take place, especially last week, but it really wasn’t in my hands,” Aspinall said. “When the BBBoC [British Board of Boxing Control] banned all Russians from fighting in the UK, I was like, ‘oh s—t, here we go’, but thankfully, so far so good. It was difficult not to know about Volkov. You can lose your *** or just focus on yourself, there were days when I almost lost my ***. Whether he can come or not, my reaction doesn’t change that. There’s still a backup that’s here in case anything changes at the last minute.”

It’s since been confirmed that Marcin Tybura is the backup fighter mentioned.

A longtime UFC vet, Tybura is currently the No. 9-ranked Heavyweight contender. His last bout actually came vs. Volkov, a highly competitive decision loss in October 2021. Prior to that bout, Tybura had won five fights in a row. Hopefully, his services won’t be needed, but Tybura was clearly the best nearby option in the event that Volkov is barred from competition.

The wait is over! Ultimate Fighting Championship (UFC) returns to O2 Arena in London, England, on March 19, 2022, for the first time in two years led by a hard-hitting Heavyweight showdown between top-ranked division contenders, Alexander Volkov (No. 6) and Tom Aspinall (No. 11). In the UFC ‘London’ co-main event, Dan Hooker returns to Featherweight action against Arnold Allen, while up-and-coming English striking sensation, Paddy Pimblett, locks horns with Rodrigo Vargas.

UFC is raking in the profits! How many of y’all reading hold a share or two of Endeavor?

.@Endeavor today is confirming in its latest earnings report that @UFC saw the best financial performance in its 28-year history in 2021.

Charles Oliveira vs. Justin Gaethje might just be a race to see who can kick the crap out of the other’s leg first, and I’m very here for it.

Underappreciated fact: Paul Craig is the only man to defeat Jamahal Hill and Magomed Ankalaev.

Nathaniel Wood is without any opponent this weekend, and Davey Grant has offered to jump in. MAKE IT HAPPEN!

Parry away the lead hand, fire down the middle: