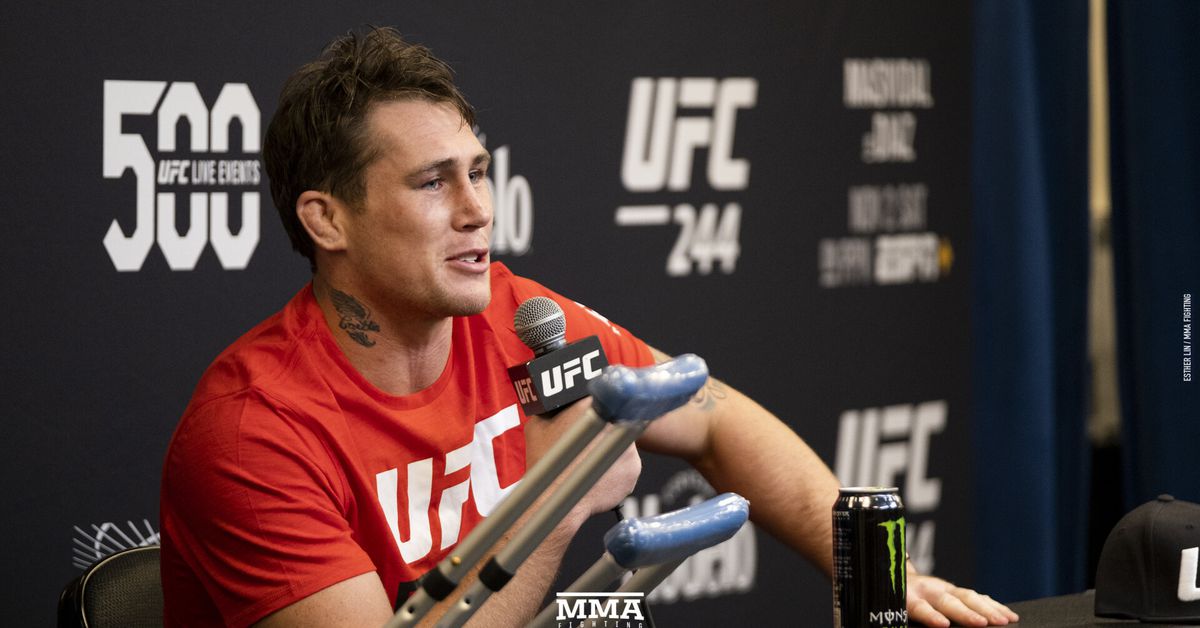 Darren Till let it clearly be known what he thinks of Uriah Hall.

At a fan Q&A on Friday ahead of UFC London, Till was asked who he’d like to fight next and he immediately answered with Hall’s name. He then called for the crowd to chant “F*** Uriah Hall,” which they did with vigor.

When asked by UFC commentator John Gooden what Hall had done to earn his ire, Till responded, “What have I done to deserve all the f****** s*** he’s given me on Twitter?”

This past February, Hall said in an interview that he believed Till was avoiding him.

“I wanted Darren Till, but he’s just being a punk ass b*tch,” Hall told The Schmo. “I don’t know what happened, or if he’s playing the UFC or what not, but he’s the guy that makes sense.

That drew a confused response from Till, who hasn’t forgotten the slight.

“So if he wants to fight me and wants to say I’m scared, I want to fight him next.”

Ha fuck you too glad I’m on your mind bitch! unlike you I’m getting ready for someone who actually fights but you and I know you ain’t never going to fight again pussy. https://t.co/hvF0j4u4Tb

“Ha f*** you too glad I’m on your mind b****,” Hall wrote. “Unlike you I’m getting ready for someone who actually fights but you and I know you ain’t never going to fight again p****.”

Hall is currently set to fight Andre Muniz at a UFC event on April 16, while Till awaits his next booking after losing back-to-back fights to Robert Whittaker and Derek Brunson.