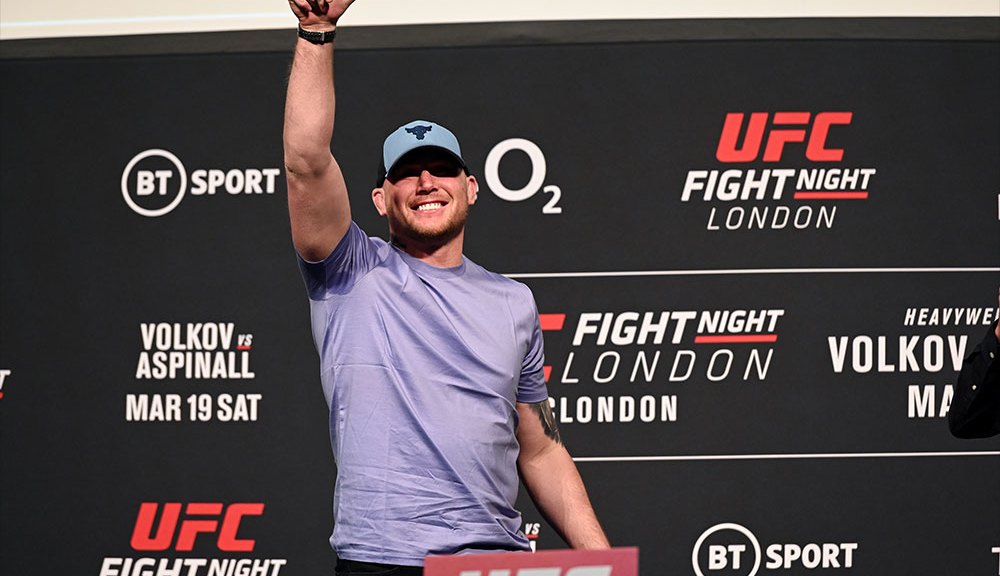 By Simon Samano and Abbey Subhan |

LONDON – Darren Till casually sat on stage Friday at the O2 Arena fielding questions from fans when he was asked who he’d like to fight next and wasted no time sharing a name.

Then came a chant.

What was that all about? Well, if you’ve paid attention, you’d know that Hall (17-10 MMA, 10-8 UFC) recently accused Till of ducking him after it was rumored the two men would face each other in a middleweight bout Saturday at UFC Fight Night 204. Instead, Hall is slated to meet Andre Muniz on April 16, but he said he’d rather be fighting Till.

“I wanted Darren Till, but he’s just being a punk-ass b*tch, and I don’t know what happened,” Hall said last month. “He’s just playing the UFC or whatnot. But he’s the guy I wanted, makes sense. …  I think he’s just scared. I think he’s really scared. Either that, or he’s injured or some sh*t. He’s always making excuses. That’s how I look at him.”

Till (18-4-1 MMA, 6-4-1 UFC), who’s lost two fights in a row and four of his past five, hasn’t competed since he was choked out by Derek Brunson last September. Afterward, it was revealed that Till tore his ACL 10 weeks before the fight. Till appears close to a return as he’s recently spent a lot of time training with Khamzat Chimaev.

If a fight with Till is what Hall wants, it’s a fight he can get.

“So, if he wants to fight me and we’re on the same schedule, I want to fight him next. That’s how it is, isn’t it?”

Hall will look to rebound from a loss to Sean Strickland when he faces Muniz at UFC Fight Night 205. The loss to Strickland snapped Hall’s four-fight winning streak.