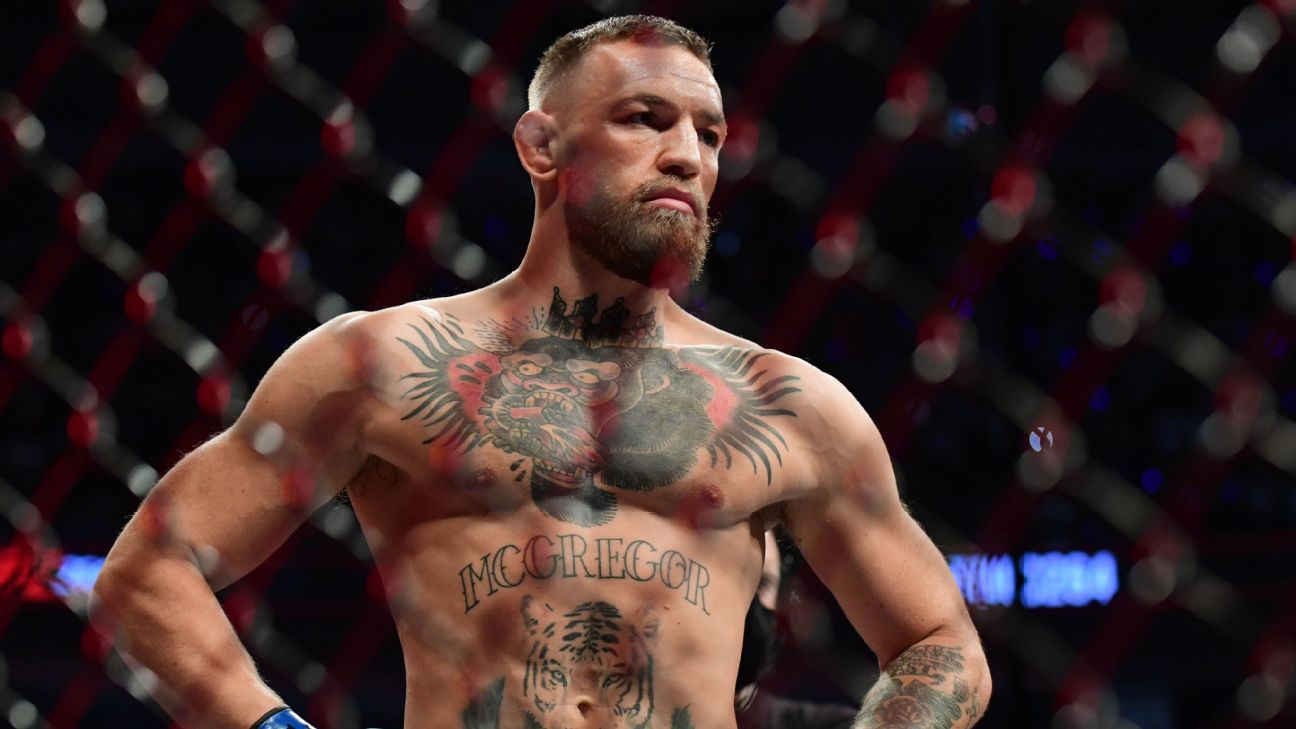 Conor McGregor has his eye on a third UFC championship, and the No. 1 pound-for-pound fighter in the world, in his eventual return to the Octagon.

McGregor (22-6) hasn’t fought since he suffered a TKO loss to Dustin Poirier at UFC 264 last July. The fight ended in the first round, when McGregor broke the tibia and fibula bones in his left leg. He underwent surgery that same month and has been recovering since.

McGregor, of Dublin, Ireland, said he could return as soon as “late summer” and wants to challenge defending welterweight champion Kamaru Usman (20-1).

“Myself versus Usman for the 170-pound title in my comeback fight is the one I’m eyeballing at the minute,” said McGregor, in an interview released on his YouTube channel, “MacLife.” “Why cut the weight? I’ve already won the 155-pound title. I got myself to a lightweight frame, but you know, I’m big now. I feel big. I feel strong. I feel healthy. I’ve got good energy. I’m coming back from a gruesome injury. I don’t want to be depleting myself. There should be no need to deplete myself.

“And I feel confident against Usman — a jab-happy, sloppy, orthodox wrestler with no submissions whatsoever. What’s he going to do? Where’s the danger here? I don’t see danger. … No one has ever obtained three titles in three divisions like I will do if we make this fight.”

Usman is currently recovering from hand surgery but is expected to fight this summer. The UFC and Usman have repeatedly said his next fight will be against Leon Edwards, who is riding a nine-fight win streak.

McGregor was the first fighter in UFC history to hold two belts simultaneously. He captured the featherweight championship by knocking out Jose Aldo in December 2015, and knocked out Eddie Alvarez for the lightweight title in November 2016. He is 1-3 in four appearances since, however.

UFC president Dana White has been noncommittal on McGregor’s next opponent, but has admitted the matchup could be a title fight; however, White presumably meant McGregor would fight 155-pound champion Charles Oliveira. Oliveira faces Justin Gaethje in May.

“Late summer I could [return], but I want to be true to myself and bring out the best in myself. I want to do this for my fans and the people supporting me. I want to show the best I can possibly be. I’m very excited. There is history to be made. This game needs to be shook up. Again. The triple crown has never been done.”