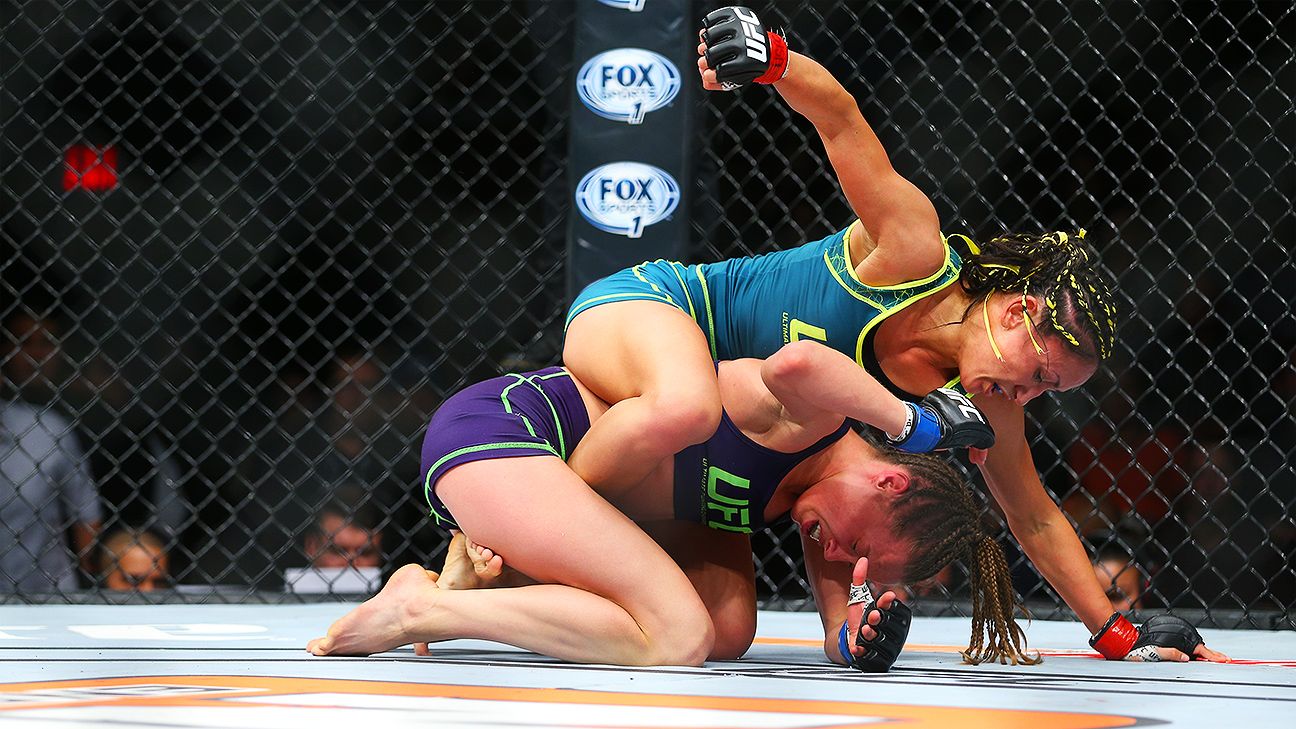 The next UFC women’s strawweight title fight will be the same as the inaugural one.

Rose Namajunas will defend her belt against Carla Esparza in the co-main event of UFC 274 on May 7 in Phoenix, UFC chief business officer Hunter Campbell confirmed to ESPN on Wednesday.

In the UFC’s first card in England since 2019, English heavyweight Tom Aspinall looks to extend a seven-fight win streak — all finishes — against the veteran Alexander Volkov.

Namajunas (11-4) has won three straight fights, the past two against Zhang Weili. Most recently, the Milwaukee native, who trains out of Colorado, beat Zhang via split decision at UFC 268 in November.

Namajunas, 29, is a two-time UFC women’s strawweight champion with two title defenses under her belt.

Esparza (18-6) has won five in a row to earn the title shot. The California native is coming off a second-round TKO win over Yan Xiaonan last May. Esparza, 34, has not lost since 2018. She beat Namajunas in 2014 to win the first title fight before dropping the belt to Joanna Jedrzejczyk, who Namajunas beat to win the gold in 2017.

UFC 274 will be headlined by a lightweight title fight between champion Charles Oliveira and top contender Justin Gaethje, a longtime teammate of Namajunas.

The Namajunas-Esparza bout was first reported by Sports Illustrated.