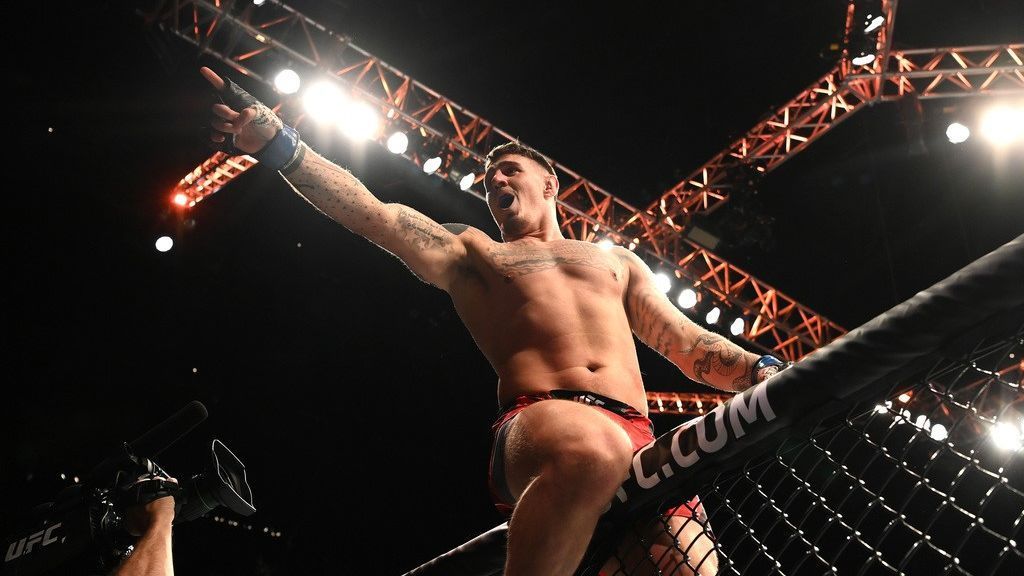 LONDON — English heavyweight Tom Aspinall has said, respectfully, no one outside of the Top 10 of his division is capable of giving him a challenge.

Well, he faced the UFC’s No. 6-ranked heavyweight on Saturday at the O2 in Alexander Volkov. And it looked as easy as any fight in Aspinall’s career.

Aspinall (12-2) ran through Volkov (34-10) in the main event of UFC Fight Night. He peppered Volkov with boxing combinations and picked perfect moments to take him down. Once he got the fight down, he hit Volkov with nasty elbows and eventually produced a tap at the 3:45 mark with a straight armbar.

After the fight, Aspinall asked for two things. A beer and his next matchup to come against Australian fan favorite, Tai Tuivasa.

Aspinall, 28, only signed with the UFC in 2020, but he has roared up the rankings behind five consecutive finishes. Four of those five finishes have come inside the first round.

It didn’t take long to get the feeling it would be another quick night on Saturday. According to UFC Stats, Aspinall landed 28 total strikes to just seven for Volkov, and went two-for-two on takedown attempts.

Volkov, a 13-year pro, looked completely bewildered. He managed to land a few kicks to Aspinall’s body, which Aspinall smiled off.

Aspinall trains out of Team Kaobon in Liverpool. He holds notable wins now over Volkov and Andrei Arlovski.