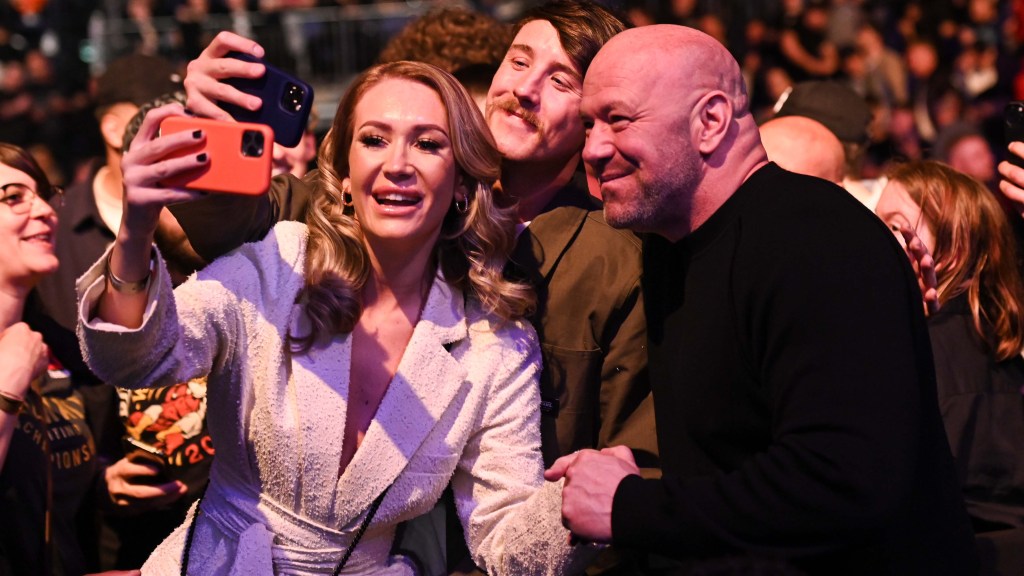 By Nolan King and Abbey Subhan |

LONDON – When Dana White took the podium Saturday after UFC Fight Night 204, he was buzzing with positivity and energy from what transpired.

An enthusiastic crowd, action-packed fights, budding stars and big knockouts filled the promotion’s return card in Europe – the first since 2019. White’s enthusiasm led to every fighter on the card who finished a bout getting a $50,000 performance bonus, a company first.

“I gave bonuses to everybody that had a finish tonight – a total of nine bonuses,” White told MMA Junkie and other reporters. “Congratulations to everybody. The gate was $4.5 million, the biggest gate ever in O2 history. This was the biggest Fight Night of all time. … It seriously could not have gone any better. It was f*cking unbelievable. I don’t even know what to say.

“Everybody can think about this. Everybody has been locked up for two and a half years. Some of these kids have been fighting in the (UFC) Apex or with no fans and stuff like that. Then to come in tonight in their home country and deliver the way they that they (did), it was a big night – and they were all fighting real people. These weren’t like hometown set-up fights. They fought tough guys.”

White said the event was a shot in the arm. While it wasn’t on the 2022 docket to return to the United Kingdom for a second show, White said plans will change as soon as he gets back to the United States.

“Tonight reenergized and reminded me what it’s like to do fights over in the U.K., man,” White said. “We’re coming back this year. I don’t give a sh*t what the schedule is. We’re going to be moving some sh*t around when we get home. The way I look at it, you do half the kids that one. You come back here and do a card with them and somebody else. You take the other half of the kids to Abu Dhabi in October. Just off the top of my head, that’s what I’m thinking right now.”

The set-up of the event wasn’t easy and didn’t come without obstacles. While he didn’t dive into too much detail, White revealed the event almost didn’t happen.

“We had some problems,” White said. “I was considering pulling out of here two weeks ago. I was going to refund everybody’s tickets and go to Abu Dhabi. … There are certain things. The world is a nutty place right now. It’s not as easy to do business. I just said, ‘I’m not going to play games, man. I’m going to go places where I’m just able to go and run my business and do what I want to do.’”

With the first U.K. event of the year in the books, White said the promotion will hit France for the first time in company history before the year concludes. Additionally, he’s set on bringing a title fight to Europe for a pay-per-view eventually.

“The only thing that would’ve made tonight even better, if you could even make tonight even better, would’ve been if (Kamaru) Usman and Leon (Edwards) were the main event and Aspinall was the co-main event. So the answer is yes,” White said. “I wanted to do that. I wanted this card tonight to be a title fight. I was going to move things around, try to make things happen, but Usman’s hand just wasn’t ready. … I’m going to have a pay-per-view here. I will do it. I’m going to bring a title fight here.”

Modestas Bukauskas books return at UFC 284 in Perth vs. Tyson Pedro
Pereira-Adesanya, Masvidal-Burns set at UFC 287
UFC 259: Blachowicz vs Adesanya – I Know What True Greatness Is | Fight Preview
Conor McGregor gets offer to coach The Ultimate Fighter: ‘I like it’
UFC 218: Michelle Waterson vs. Tecia Torres Staredown – MMA Fighting