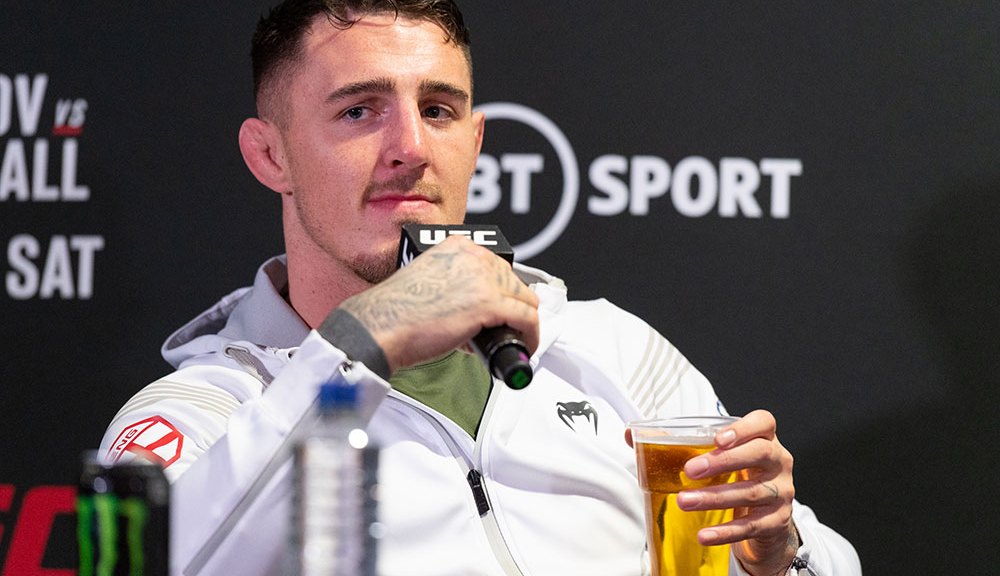 By Matt Erickson and Abbey Subhan |

LONDON – After pulling off a a feat no one else had done in nearly a dozen years, Tom Aspinall has set his sights on the next big task.

Aspinall (12-2 MMA, 5-0 UFC) submitted former Bellator heavyweight champion Alexander Volkov (34-10 MMA, 8-4 UFC) in the first round in Saturday’s UFC Fight Night 204 main event at The O2 in London. Volkov had not been submitted since July 2010.

“It couldn’t have gone any better,” Aspinall said after the fight. “That was the ideal performance. I truly thought I was going to go five rounds. To get a guy like Volkov, who has been finished twice in 45 fights, out of there in the first round shows credit to my finishing ability. My finishing ability is the highest of the high level.

“I do like knocking people out. I’ll be honest. To me, knocking someone out is better than a submission. But I’ll take the submission over (going) five rounds all day.”

With the win, England’s Aspinall ran his winning streak to eight fights – all by stoppage. He’s a perfect 5-0 in his first five UFC bouts in less than two years, and it’s been against an increasingly stiff level of competition.

Before his win over Volkov, Aspinall tapped out former heavyweight champion Andrei Arlovski and this past September knocked out Serghei Spivac in the first round.

Now Aspinall, who will turn 29 next month, has turned his focus to Tai Tuivasa, who has five straight knockout wins. In February, he stopped Derrick Lewis for his third straight $50,000 bonus.