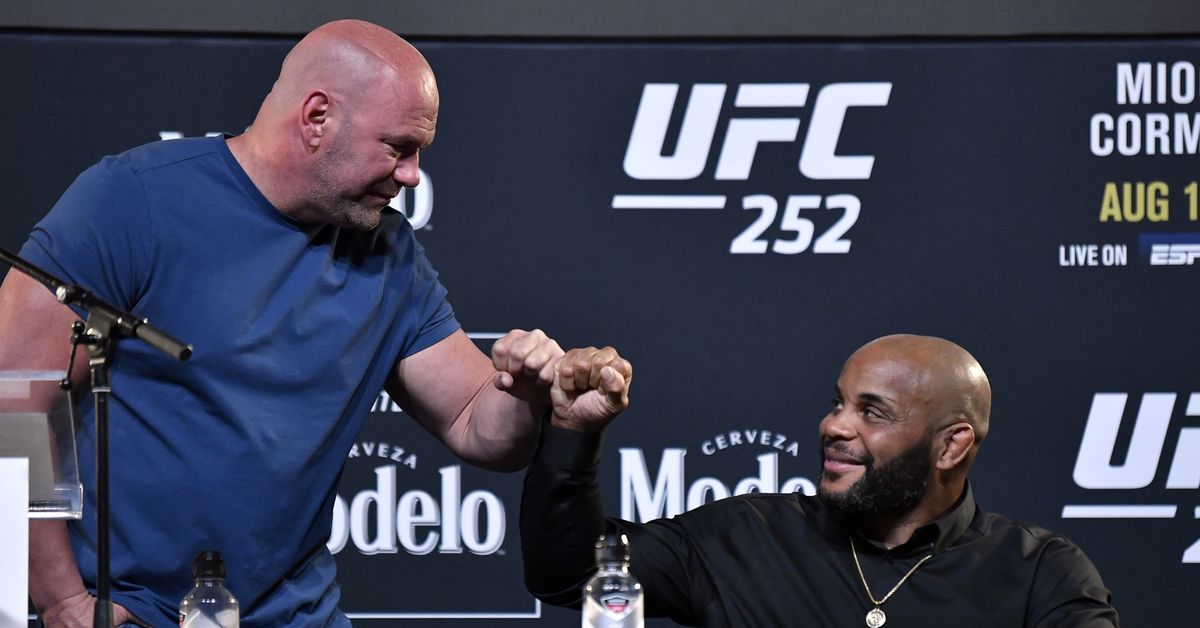 The UFC wouldn’t be where it is today without president Dana White, whose mix of passion and ruthlessness pulled the promotion out of a financial tailspin and helped turn it into the juggernaut it is today.

But some people have questioned whether we still need someone as brash and foul-mouthed as White running the show these days. That’s led to the follow up question: If not Dana White as head honcho then who? Daniel Cormier’s name has come up a few times in the discussion since he’s well liked across the UFC roster (aside from Jon Jones).

And Cormier has certainly proved he’s willing to push the UFC’s narratives during interviews on his ESPN show. But Dana White himself doesn’t see “DC” as that guy.

“Yeah, Daniel Cormier couldn’t do it,” White said in a recent interview with Barstool Sports. “I love Daniel but Daniel couldn’t do it.”

“It’s funny because I see people say that all the time and they think it’s this guy or that guy. But it’s people that really don’t know anything about this business. And there’s so much more.”

“What we do, there’s a formula to what we do and why we’ve been successful,” White continued. “And there is a guy, there’s one guy that [can replace me]. And there’s certain things that I do that he wouldn’t be able to do, but the important things that get done over there is what really matters. And this guy could absolutely, positively, do it.”

When asked who he was talking about, White demurred.

“Nobody would even know who the f—k he is,” he said. “He’s a behind-the-scenes guy.”

So maybe you get this guy as your behind the scenes mover and shaker while sending Cormier out to be the carnival barker? Eh, it’s not even something to seriously consider for a long time. Dana White is just 52 years old, and we’ve seen guys like Bob Arum continue to run his promotion empire at 90. So don’t get your hopes up that White is about to exit stage left any time soon.