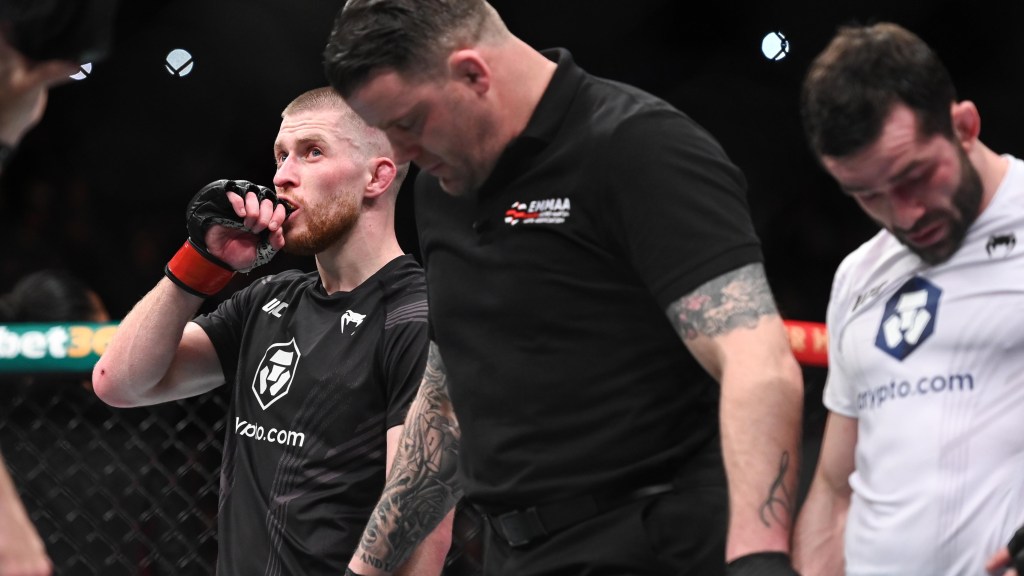 LONDON – Jack Shore had to go through a little adversity Saturday, but ultimately stayed unbeaten. Now he wants to get fights at the net level.

Shore (16-0 MMA, 5-0 UFC) went the distance with Timur Valiev (18-3 MMA, 2-1 UFC) for a unanimous decision. Shore had some issues in the first round, but came alive in the second and third to get the win on the UFC Fight Night 204 prelims at The O2 in London in front of his home U.K. fans.

Throughout the fight, the UFC broadcast team compared Shore to former UFC welterweight and middleweight champion Georges St-Pierre by calling him the “Welsh GSP.” That’s a compliment Shore said he’s glad to take.

“It’s very high praise,” Shore said after the fight. “Who else better to be compared to than the best to ever do it, in my eyes? He’s one of my idols in the sport. If I can achieve even one-third of what ‘GSP’ achieved, I’ll retire a happy man. They can keep comparing me to the greatest as long as they like. I’ll welcome it with open arms.

“I’d love to get a ranked fighter – (Raphael) Assuncao, Ricky Simon, any of those guys. I want to fight in June.”

Check out Shore’s full post-fight interview in the video above.