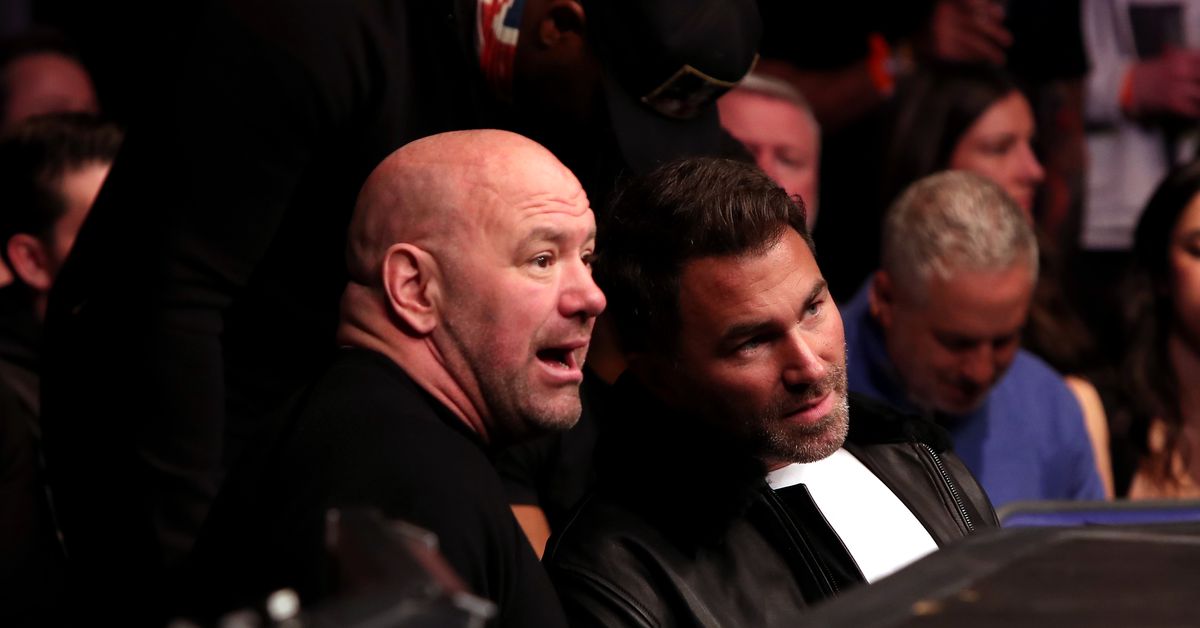 UFC London was a massive success of an event by every metric. Not only did it break the sports gate record at the O2 Arena, all the UK fighters on the main card won and the crowd created an absolutely electric atmosphere in response. Stars were made, new lifetime fans were created, and it really feels like the beginning of a historic run for UK MMA.

UFC president Dana White clearly felt that too sitting cageside. He came to the post-fight press conference exhausted but visibly pleased and chummed around with reporters for a half hour, debating best performances and complimenting the energy of British fans. While the UFC originally had no plans on returning for another show in 2022, that’s about to change.

“Tonight re-energized me and reminded me of what it’s like to do fights over in the UK,” White said. “We’re coming back here, I don’t give a s—t what the schedule is, we’re going to be moving some s—t around when we get home. The way I look at it, you do half the kids that won, you come back here and do a card with them. And then you take the other half of the kids to Abu Dhabi in October. So just off the top of my head, that’s what I’m thinking.”

“Coming in this week I was saying this is the greatest batch of talent we’ve ever seen in the history of the UK, and tonight we were going to find out how they were all going to do. And they killed it, couldn’t do better. So yeah we have so many options now, so many things we could do which is why we’re going to go home and I’m going to figure out immediately how to come back here. I don’t know where we’ll go or what we’ll do yet, but like I said we have nothing but options.”

If you think it’s crazy that the UFC only planned the single UK event in 2022, it’s worth noting that their last attempt in September of 2021 ended up being moved to the APEX in Las Vegas due to COVID-19 restrictions, and this event almost got moved to Abu Dhabi two weeks out.

“We tried this and it worked out. It worked,” White said. “We had some problems. I was considering pulling out of here two weeks ago. Was going to refund everyone’s tickets and go to Abu Dhabi. So … it was just, you know, certain things.”

“The world is a nutty place right now. It’s not as easy to do business and I said I’m just not going to play games. I’m going to go to places where I’m able to go and run my business and do what I want to do. But I’ll tell you this: we’ll definitely do France this year and I’ll definitely come back here again.”

“So this worked out, this was fun for us to come here and do this event, we had a little bit of eeeh, a little wobbly a couple weeks ago and got it fixed. People kept their word and we were able to come over here and do what we did. Very happy in every sense of the word with this event and I’m going to come back as soon as possible.”