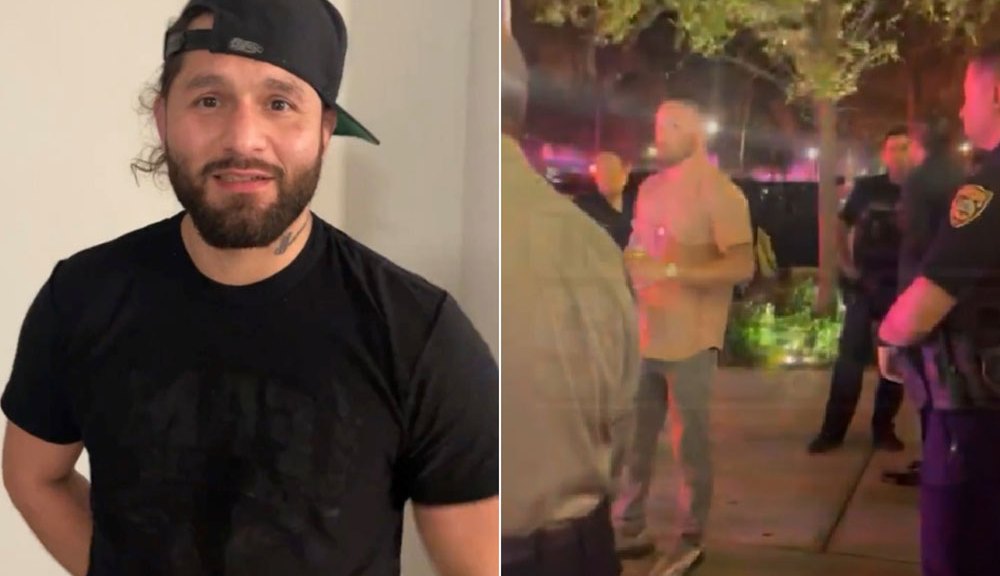 Twenty-five minutes together inside the octagon apparently wasn’t enough for Jorge Masvidal and Colby Covington to settle their grudge.

Late Monday night, Fox Sports 640 South Florida radio host Andy Slater reported on Twitter that Masvidal and Covington “got into a fight” at Miami Beach restaurant Papi Steak, adding that police were called to the scene.

Within an hour of Slater’s report, Masvidal posted a video on Twitter in which he seemingly relished what allegedly transpired between him and Covington.

“Calling this the show-your-face challenge, you know?” Masvidal said. “Um, what’s up? I’m from Dade County. You talk that sh*t, you gotta back it up. That’s how my city rolls, man.”

Masvidal’s managers, Malki and Abe Kawa of First Round Management, also chimed in on the situation.

“I’m hearing that a someone not from miami who says he’s the king of it is missing a tooth,” Malki tweeted. “Can someone confirm this? I need the video asap.”

“You got to be from DADE county to understand,” Abe tweeted.

After the initial report and tweets from Masvidal and managers, a video obtained by TMZ early Tuesday morning showed Covington surrounded by Miami police officers outside of the restaurant at about 11:30 p.m. ET where the alleged physical altercation took place.

Covington can be heard saying in the video, “He’s over here swinging, trying to come at me, and I ran out the back of the room.” Moments later, Covington expresses shock to social media star and podcast host Bob Menery when he asks, “How would he even know I’m here?”

TMZ, citing sources, reported that Covington had dinner with the Nelk Boys inside the restaurant, but Masvidal didn’t. According to TMZ, Masvidal allegedly attacked Covington outside of the restaurant.

Menery tweeted of the situation, “Never had a problem with @GamebredFighter. Extremely disappointed in the way he decided to handle his ongoing ‘beef’ that has already been decided in a regulated platform.”

The incident comes 16 days after Covington dominated Masvidal for five rounds, en route to a lopsided unanimous decision win in the UFC 272 headliner. The bout was the culmination of a bitter feud between the former best friends and American Top Team teammates who became bitter enemies as they both rose to welterweight title contender status.

Afterward, Covington, who now trains at MMA Masters, declared himself the “king of Miami,” which Masvidal took exception to. Both men indicated they would fight again outside of the octagon if they ran into each other in public.