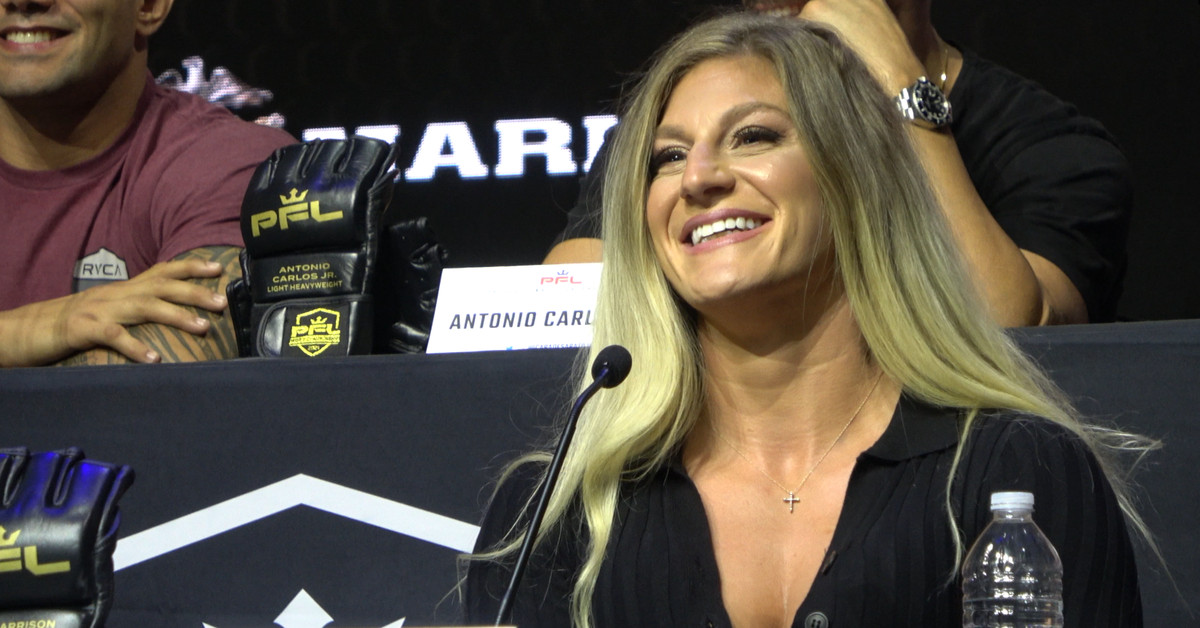 Throughout its still early existence, the Professional Fighter’s League (PFL) has become known for thinking outside the box when it comes to the mixed martial arts (MMA) norm. With 2022 well underway, that goal of innovation only enhances by the day.

The season-based PFL format is what got the promotion to the dance and will remain the core attraction with that captivating one million dollar prize awaiting new winners each year. What has made 2022 different, however, is the introduction of the PFL Challenger Series which allows your typical up-and-comer the opportunity to earn themselves a spot in the regular-season tournament.

This may sound rather similar to the Ultimate Fighting Championship (UFC) with Dana White’s Contender Series, and it undeniably is. But PFL Founder Donn Davis is more than happy to lay out what sets the two apart.

“If you get a contract from the UFC, you go to the end of the line,” Davis told MMAMania.com. “You’re one of 600 fighters and we may never see you again. If you get a contract in the PFL Challenger Series, you’re in the season this year. You can go from an unknown to a champion in the same year. Now, your odds are long but there’s nothing stopping you. You can be a real-world Rocky [Balboa]. That doesn’t happen in the UFC. Your odds of getting a title fight — it ain’t happening. We haven’t seen that happen. This year, in the next ten years.

“So to me, the meritocracy, the opportunity, as a fan — forget as an owner of the PFL. As a fan, I love a real-world Rocky story, and look, we had one last year. Raush Manfio, he was 1000 to 1 on the DraftKings sportsbook. 1000 to 1 and he wins. We can see that again. Somebody who got a Challenger contract on one of these eight weeks on Fubo [TV], they’re coming into the season. They win four times, they get a million dollars and they’re gonna be the PFL champ. So to me, that’s the big differentiator between the two shows is you go to the front of the line or you go to the back of the line.”

The offseason between 2021 and 2022 has certainly been a busy one for the promotion as these various new implementations come into effect. Additionally, there was the worry of losing their biggest homegrown star.

Ultimately, after testing the free agency waters, two-time Lightweight champion Harrison and the PFL reached a deal that will see her participate once more in the seasonal tournament format. From there, she’ll be exclusive to the PFL’s upcoming pay-per-view (PPV) events.

When the promotion announced Harrison’s return to the company, they also teased the addition of a brand new “PPV superfight series.” Davis shared that the platform will be for those highly talented athletes who may not be so keen on fighting through a season of MMA and are perhaps better economically served on a PPV as is.

It’s not official at this exact moment that Harrison will be on the very first iteration of these event types, but she is, in fact, the first fighter that is signed as a PPV superfight series fighter. Launching in 2023, the expectation is to do four of these events a year with each coming quarterly during the year while the seasonal events play out as per usual.

In regards to perfect dance partners for Harrison, there are only two in the mind of Davis. It’s Bellator Featherweight champion Cris “Cyborg” Justino or UFC titleholder Amanda Nunes for the two-time Olympic gold medalist and she, alongside Davis, have been vocal about their willingness to make these types of bouts happen. The former with Cyborg being all the more realistic due to Bellator’s general openness to collaborate with competitors. Then there’s the possibility of the champion departing when she’s expected to be a free agent in the summer.

If PFL makes a run at Cyborg during her negotiation period, it wouldn’t be the first time as ESPN has reported that the two parties spoke after Cyborg’s UFC contract expired in July 2019.

“I’m not as confident about other people’s decisions because I respect that there’s a lot of different things that goes into what [people] decide,” Davis said. “Everybody has their own objectives and their own needs. What I am confident about is that fight happening. And that fight can happen two ways, Cris comes to PFL, or there’s a cross-promotion between PFL and Bellator. So to me, my confidence extends to that fight happening. Because from the PFL side, we’ll do that fight any which way. Pluto, Earth, pay-per-view, streaming, cross-promotion, not.

“We will do that fight because fans want it, Kayla wants it, industry experts want it, so why not do it? So we’ll do it. And Kayla, she feels the exact same. The only reason it won’t happen is the people saying the most bluster about it, which has been Bellator and Cyborg get scared and won’t do it. That’s why I’m confident because I do think Cyborg wants to cement her legacy as the greatest of the great and there’s only one test left. I also think she’d like to be a five organization champion.”

It’s now common knowledge that Bellator was in the Harrison sweepstakes much more than the UFC were as they offered the unbeaten Olympian a contract she was willing to take until matched by the PFL. Thus leaving Harrison and Cyborg continuing to watch one another from opposite sides of the fence despite their ongoing game of social media banter badminton.

Bellator has most famously worked with RIZIN Fighting Federation in recent years to make the biggest and best cross-promotion fights imaginable. With the PFL, however, there has been some recent dismissiveness with Bellator President Scott Coker claiming he was unaware of who Davis is when asked after a recent event. Therefore the best bet for Harrison vs. Cyborg just may be within the smart cage after all.

“The only people who still regard Bellator [as No. 2 in MMA] are the people who watched MMA for 10 or 15 years and still have a historical view of when Bellator was No. 2,” Davis said. “So I think they’re probably a little prickly about that but I think from our perspective, we respect everybody, we want to do business with everybody, and our focus in only on two groups of people; the fans and the fighters. If we can give the fans and the fighters what they want and deserve, everybody wins.”

Will Harrison vs. Cyborg headline the first event of the PFL PPV series?