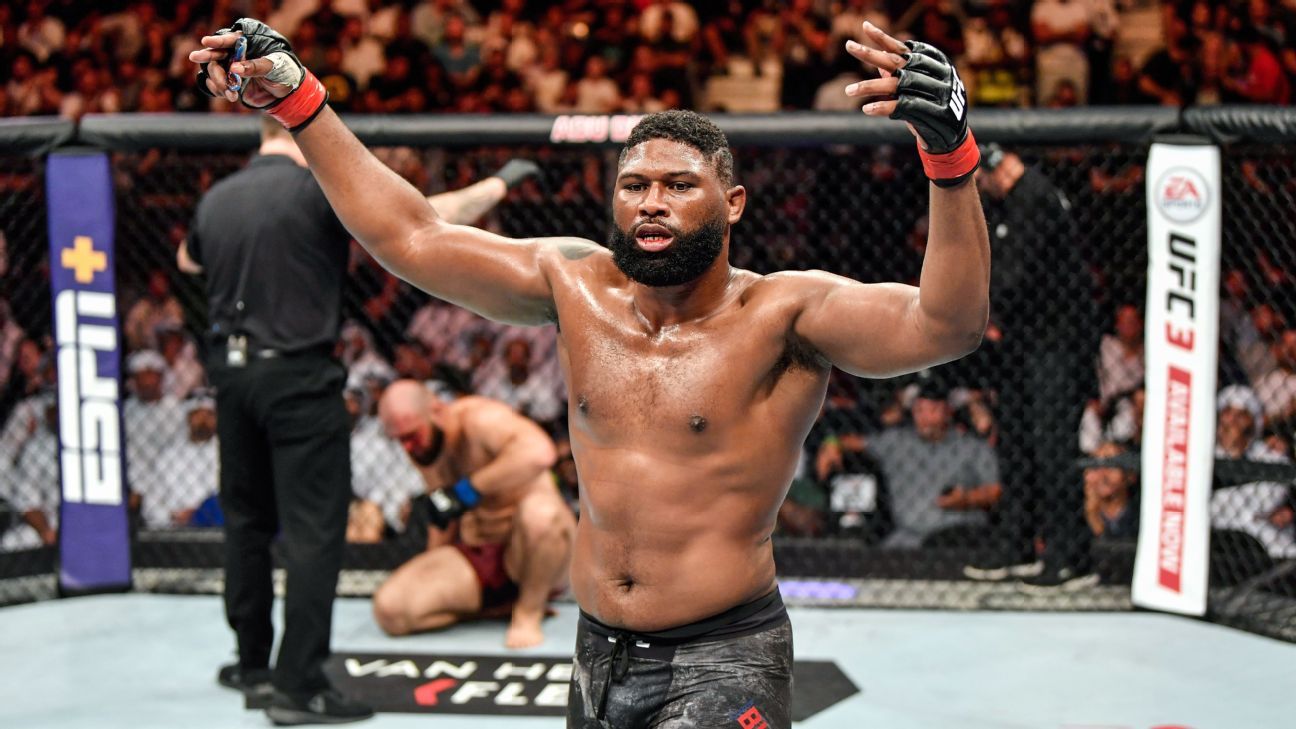 Curtis Blaydes was riding high in the UFC’s heavyweight division a little over a year ago. He had won four fights in a row, and the only defeats of his career had come against the champion, Francis Ngannou. But then, in February 2021, Blaydes ran into a Derrick Lewis uppercut, and his momentum was halted, suddenly and violently.

Chris Daukaus knows a little about that feeling. He was 4-0 in the UFC and on a five-fight winning streak when he encountered Lewis in December. It did not go well for Daukaus, who suffered a deflating first-round knockout loss.

Top-10 heavyweights Curtis Blaydes and Chris Daukaus both will be seeking to build themselves back into title contenders when they meet in Saturday’s UFC main event.

On Saturday in Columbus, Ohio, Blaydes and Daukaus will meet in the UFC Fight Night main event to see who can rebuild his top-10 momentum. The fights at Nationwide Arena will be broadcast on ESPN and streamed on ESPN+, with the main card starting at 7 p.m. ET and the prelims at 4 p.m.

Blaydes (15-3, 1 NC) did get back on track following the Lewis loss, winning a decision over Jairzinho Rozenstruik last September. He is No. 6 in the ESPN heavyweight rankings.

Curtis Blaydes vs. Chris Daukaus: After having his title shot hopes halted by a KO loss to Derrick Lewis a year ago, Blaydes bounced back with the usual type of Curtis Blaydes win in December, outwrestling Jairzinho Rozenstruik. The win, while not exciting, was a smart performance against an excellent striker who had no answer to Blaydes’ ground game. This matchup I don’t see going a whole lot differently, other than that Blaydes will have two more rounds to work with in order to get a finish. Daukaus, who is coming off a loss to Lewis, is not being given any favors here with a tough matchup in Blaydes. As solid of a prospect as Daukaus is, I believe Blaydes is just on a different level with his speed and wrestling. Prediction: Blaydes inside the distance.

For Parker’s betting advice on other fights on the card, check out the ESPN+ expert picks and best bets article (published on Thursday), which also will feature analysis by a coach and betting expert Reed Kuhn.