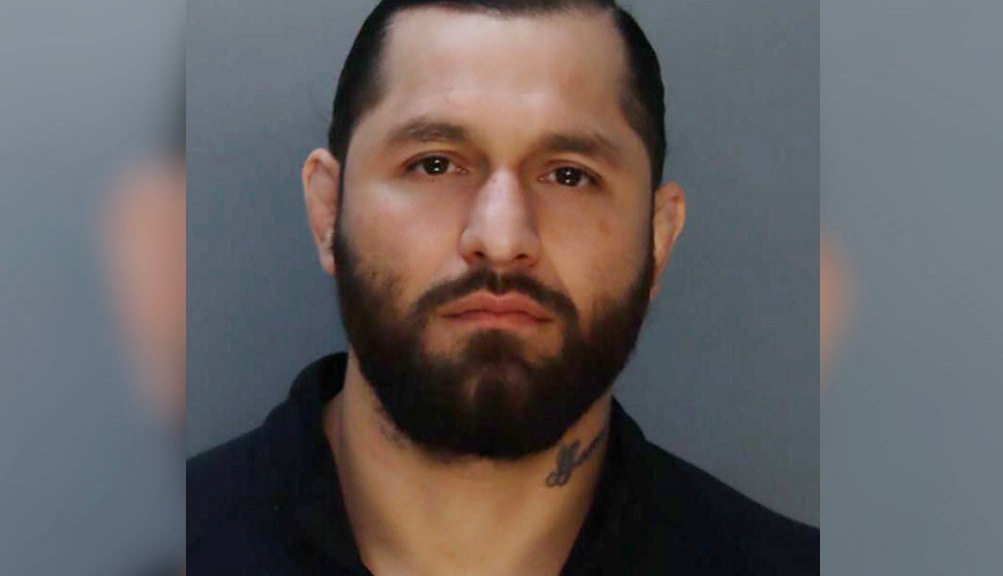 Jorge Masvidal has been arrested.

Less than 48 hours after he engaged in an alleged altercation with UFC rival Colby Covington, Masvidal was detained by Miami-Dade county police Wednesday evening and booked at 10:27 p.m. local time, according to online records. News of Masvidal’s arrest was first reported by WPLG Local 10 News.

Masvidal, 37, faces two charges: one count of aggravated battery resulting in great bodily harm and one count of criminal mischief. He is currently being held at Turner Guilford Knight Correctional Center in Miami on a $15,000 bond.

A video published by WPLG showed Masvidal briefly jogging into a police station with handcuffs on.

In a police report obtained Tuesday by MMA Junkie, the MBPD confirmed responding to an incident labeled as a felony battery outside Papi Steak. The report does not state that charges have been filed but identifies Masvidal as the lone suspect.

Covington was not explicitly named in the police report. An MBPD information officer told MMA Junkie the alleged suspect in this incident invoked “Marsy’s Law” to protect their information. However, Masvidal identified Covington on Twitter. This happened before TMZ Sports released cell phone video of Covington speaking to police, as well as footage of Masvidal being restrained from Covington.

The police report states that officers responded to a battery call outside the restaurant at 10:54 p.m. local time. There, they met the “victim,” who fractured a tooth and suffered a wrist abrasion, alleging Masvidal ran up from his left and punched him twice in the face (once in the mouth and once in the left eye) upon leaving the restaurant. Masvidal allegedly said, “You shouldn’t have been talking about my kids.” The victim described a group of “three or four other unknown males approaching him in an aggressive manner. Police said that, at that point, the victim “pushed one of the unknown makes away and separated himself from the attackers and ran back into the Papi Steak restaurant where he contacted police.”

Masvidal was present on a Nevada Athletic Commission (NAC) call less than 10 hours prior to his arrest Wednesday, where he stated he had not been charged. He also described the incident as a “mutual” happening, but elected not to go into detail as his lawyer was not present.

The alleged incident came 16 days after Covington fought Masvidal for five rounds, en route to a unanimous decision win in the UFC 272 headliner. The bout was the culmination of a feud between the former best friends and American Top Team teammates who became bitter enemies as they both rose to welterweight title contender status.

Afterward, Covington, who now trains at MMA Masters, declared himself the “king of Miami,” which Masvidal took exception to. Both men indicated they would fight again outside of the octagon if they ran into each other in public.