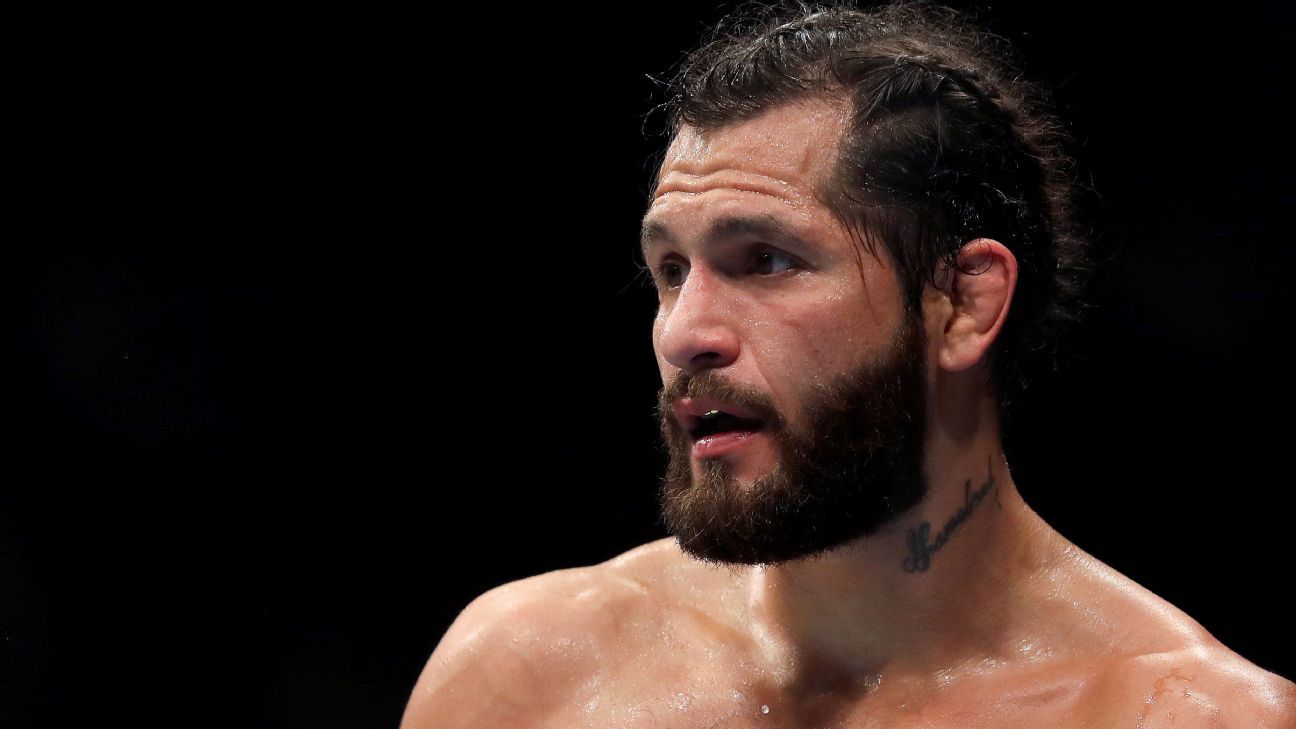 UFC star Jorge Masvidal was taken into custody Wednesday night in Miami Beach on charges of aggravated battery with bodily harm and criminal mischief, both of which are considered felonies, according to an arrest report obtained by ESPN.

Masvidal was booked into Turner Guilford Knight Correctional Center at 10:27 p.m. local time Wednesday and is being held on $15,000 bond, per online records. According to the arrest report, Masvidal’s attorney called Miami Beach police Wednesday and police instructed Masvidal to surrender.

On Monday night, Masvidal allegedly punched a man twice in the face outside the Papi Steak restaurant in Miami Beach, per an incident report obtained by ESPN. One punch was to the mouth and the other to the left eye. The report stated that the man punched suffered a broken tooth.

The Miami Beach Police Department redacted the name of the man in the report, but Masvidal tagged UFC rival and former friend Colby Covington in a tweet after the incident. Masvidal said in the Twitter video: “You talk that s—, you got to back it up. That’s how my city rolls, man.”

According to the report, the man said Masvidal told him, “You shouldn’t have been talking about my kids.” Masvidal took umbrage with Covington talking about his relationship with his children during the lead-up to their fight March 5 at UFC 272 in Las Vegas. Covington won the headlining fight by unanimous decision.

According to the arrest report obtained Wednesday night by ESPN, the man said an estimated $15,000 of damage was done to his $90,000 Rolex watch in the incident.

Police observed an injury to Masvidal’s right hand that required stitches, per the report.

A request for comment from Masvidal’s team was not returned Wednesday night.

Masvidal, 37, is one of the UFC’s most popular fighters, a talented, self-made scrapper who grew up fighting on the streets of Miami. He signed a lucrative new contract with the UFC prior to the Covington fight that made him one of the highest-paid fighters on the roster, his representatives said at the time. In 2019, Masvidal won the BMF belt by beating Nate Diaz at Madison Square Garden. Masvidal is a former two-time UFC welterweight title challenger.

Covington, 34, has also challenged champion Kamaru Usman twice in losing efforts. He, too, is among the most popular — and best — fighters in the UFC. Covington and Masvidal were best friends, roommates and training partners at American Top Team in Coconut Creek, Florida, but had a messy split over the past three years, over what Masvidal says was a stiffed coach and Covington believes was due to jealousy.

Masvidal said in his postfight interview at UFC 272 that even though the fight was done, he would still get physical with Covington if he ran into him in Miami. Covington also lives in South Florida and trains at MMA Masters in Miami.