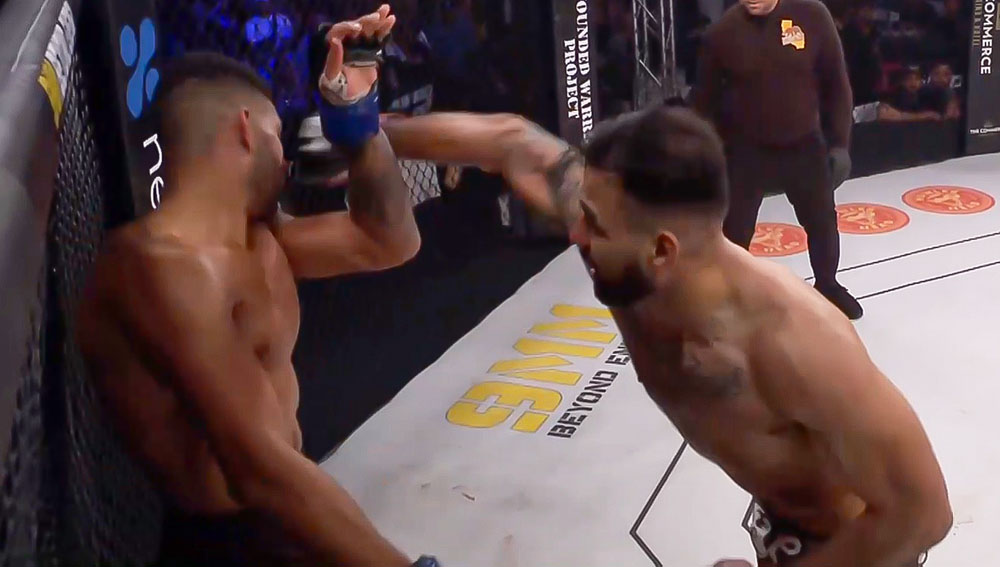 LFA has crowned a new middleweight champion, but he won’t be sticking around to defend his new title.

In the main event at LFA 127 on Friday evening, Ozzy Diaz faced Bruno Assis for the vacant middleweight title. The event took place at The Commerce Casino & Hotel in Los Angeles.

The classic striker vs. grappler matchup would be determined by the man with the sharper stand-up game. Diaz (7-1) kept the pressure high from the beginning of the fight, putting together nice combinations that stung his opponent throughout the first round. Assis (12-6) was dropped twice by punches during the exchanges and was unable to bring the fight to the canvas.

As time ticked away in the opening round, Diaz found a home for a hard right hand that put Assis down for the third time. After a few follow-up punches, referee Frank Trigg saw enough and stopped the fight with just a few seconds remaining in the first frame. The official time of the knockout stoppage was 4:53.

After the bout concluded, LFA CEO Ed Soares announced Diaz has received an invitation to compete for entry into the UFC in the upcoming season of  Dana White’s Contender Series. Just moments after the promotion crowned a a new champion in a vacant title fight, it will look to hold another vacant middleweight title fight in the near future.

Full results of LFA 127 include: