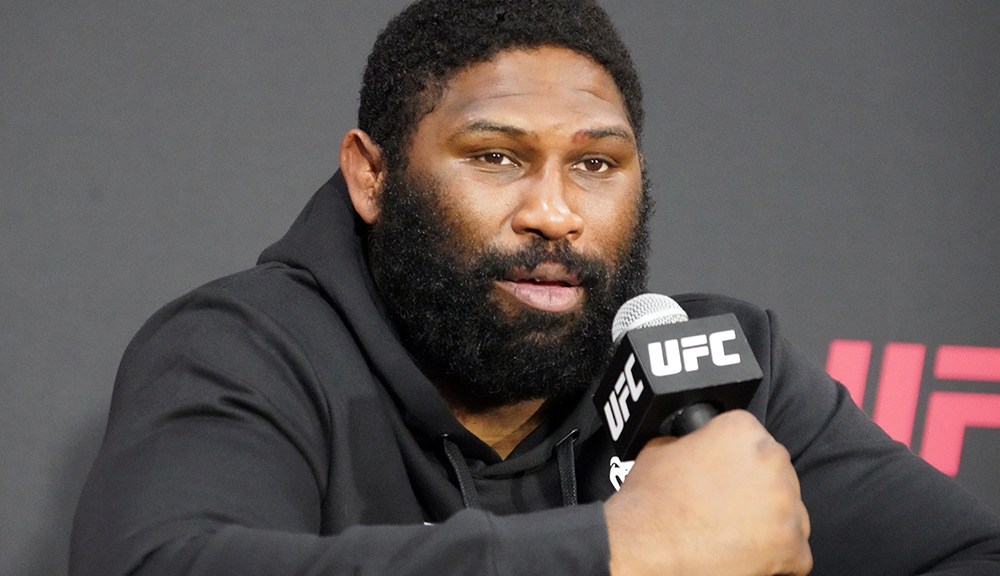 By Nolan King and Ken Hathaway |

COLUMBUS, Ohio – Curtis Blaydes is back to his finishing ways – and he thinks he’s ready for the next step up.

At UFC on ESPN 33, Blaydes (16-3 MMA, 11-3 UFC) knocked fellow heavyweight contender Chris Daukaus (12-5 MMA, 4-2 UFC) unconscious in Round 2 and cemented his spot at the top of the division. The win was big, and Blaydes thinks it likely earned him a shot at one of the heavyweight weight class’ top dogs.

“A win over (Ciryl) Gane, who was on a hot streak, who was just in a title fight, a win over him should put me as the next title contender – the same thing with Stipe (Miocic),” Blaydes told MMA Junkie at a post-fight news conference. “He’s the G.O.A.T., in my opinion. He’s the G.O.A.T. of this heavyweight division. He honestly deserved a rematch a while ago. But if he’s willing to risk it against me, and I beat him, that’s the same thing. A title shot for me would be the same thing after beating Gane or Stipe.”

Blaydes has history with Miocic – but not in a heated, rivalry-heavy way. Almost a decade ago, Blaydes, a young rising fighter in the professional ranks, trained with established UFC name Miocic. However, a lot has happened since then that could make things interesting, according to Blaydes.

“We worked out together, years ago when I was not very good,” Blaydes said. “He destroyed me every sparring. I don’t have no awesome sparring stories. He was levels and levels above me. I helped him get ready for Gonzaga. That was back in 2012. I had just begun my amateur career in that year.

UFC on ESPN 33 took place Saturday at Nationwide Arena in Columbus, Ohio. Check out Blaydes’ full post-fight news conference in the video above.