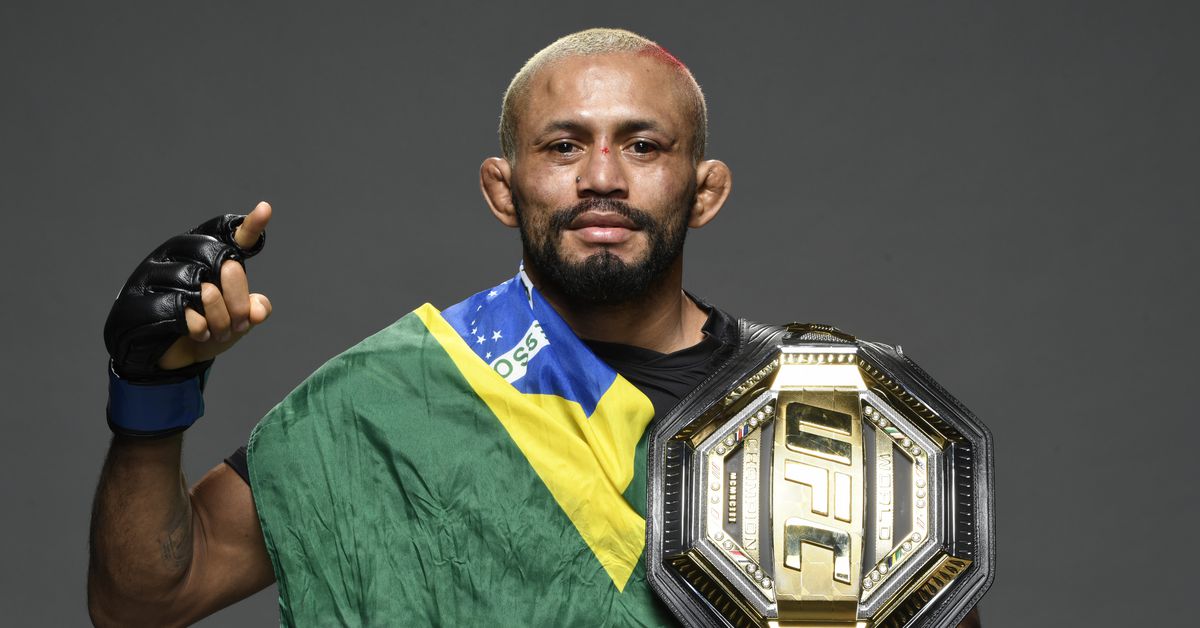 Recent reports have the UFC aiming to put flyweight champion Deiveson Figueiredo in the cage across from Brandon Moreno for the fourth time in July. But a new tweet from Figueiredo suggests “God of War” has other ideas.

“Congratulations you dirty kiwi Kai Kara-France, you just punched your ticket with the God of War,” Deiveson wrote on Twitter. “Brandon Moreno, you just took the back seat. You are 0- 2 against Alexandre Pantoja, if you could beat him I’ll give you the next title shot. Brazil vs. New Zealand, let’s make it happen Dana White.”

Both Brandon Moreno and Deiveson Figueiredo have had moments where they seemed reluctant to re-match each other over the course of their back and forth trilogy, but the rematches have always come together. On a recent episode of The MMA Hour, Figueiredo’s manager Wallid Ismail explained Deiveson always looks for the biggest fight.

“He wants somebody who knows how to sell, knows how to talk,” he said. “This is what he keeps saying all the time: ‘Who sells better is going to be my opponent.’ … Personally, I think the fight is Moreno because no fight is going to sell more than that.”

But now with Kai Kara-France entering the picture on a big win and a surge of popularity amongst Australian and New Zealand fans, perhaps Figueiredo sees someone new to face that could generate big numbers.