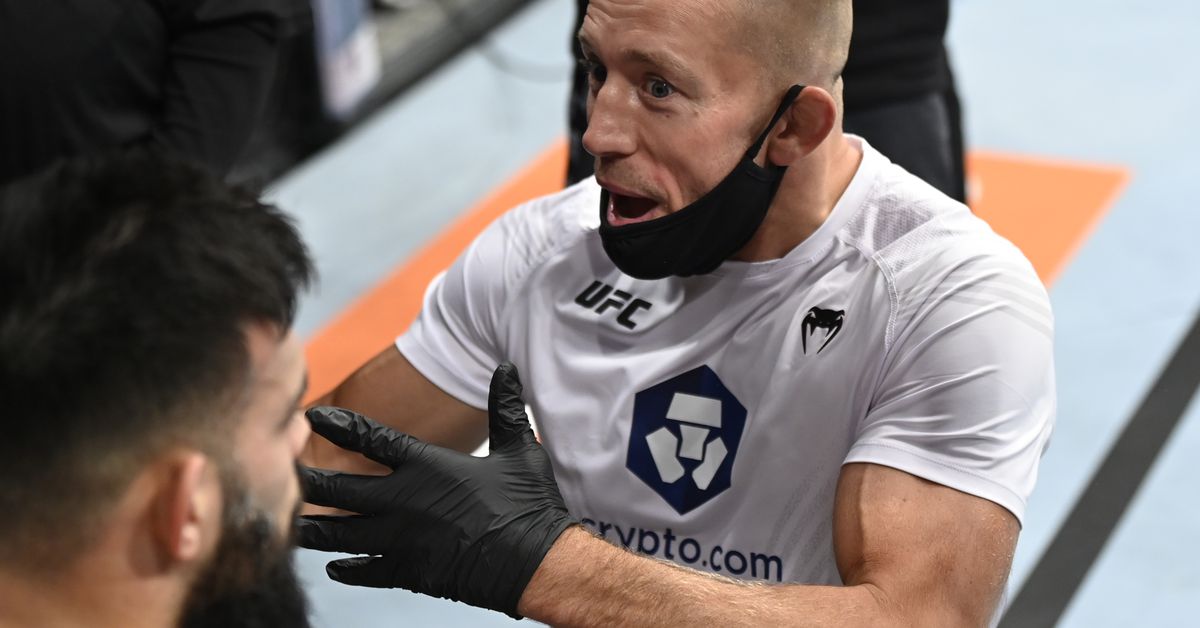 Georges St-Pierre believes fighters are taking things too personally outside of the cage.

This past week, Jorge Masvidal allegedly assaulted Colby Covington outside a Miami restaurant. According to the incident report, Covington told police that Masvidal ambushed him outside of Papi Steak Restaurant, punching him twice in the face while saying “You shouldn’t have been talking about my kids.”

Following the incident, Masvidal was arrested on charges of aggravated battery and criminal mischief, charges to which he pleaded not guilty. It’s an ugly incident and one that UFC Hall of Famer Georges St-Pierre says is the result of fighters getting too caught up in the drama.

“Things get out of hand,” St-Pierre said on The MMA Hour. “I think guys, they take it too personal. For me, it never mattered what my opponent was saying to me. For me, it’s not personal, it’s about business, and the more he was trash-talking me, the more, in a way, I was making money. So I really have to give a big thank you to all the ferocious opponents I had who were trash-talking me, because they built up the fight in a better, interesting way for the audience, so I made more money. It’s good for business.”

St-Pierre faced his share of opponents looking to talk trash about him during his UFC tenure, including Nick Diaz, Dan Hardy, Josh Koscheck, and Michael Bisping. But the two-division champion never faced the same sort of trash talk as Masvidal had to endure, where Covington repeatedly spoke ill on Masvidal’s family. And according to St-Pierre, that was intentional.

“There’s a reason why I never put my family and my real private life public,” St-Pierre said. “It’s because I know if someone wants to get to me, it’s easy for me. It comes from one ear and it goes out the other one and I don’t take it personal. But if you tried to get to someone that I love or someone in my family, now it’s gonna be a different story. So that’s why I always tried to hide this part of my life. Because I am a public person, so this part, it’s public, it’s for the fans, but my private life, for me it’s even more precious to me. To compare with my career, my life is a million times better than what I’ve done in my career, but I keep it secret because it’s my private life. It’s my diamond. It’s my treasure.

“Most guys don’t think like that. A lot of them, sometimes they want to use their families to build up a better platform, to showcase their — that’s okay too. It’s just for me, I knew coming from a martial arts background, it’s not a game that we play, and if you want to get to someone to make him lose his chill, there’s a way to get to someone and that’s to attack someone that he loves. Sometimes that’s a better way than to attack the person himself, and I knew that, and I didn’t want to give the chance to my opponents to use that against me. The Art of War, my friend! The Art of War!”

Few, if any, have been more successful in the Art of MMA Warfare than St-Pierre. The UFC Hall of Famer ended his career with a 26-2 record, having avenged both losses and having captured both the UFC welterweight and middleweight titles.