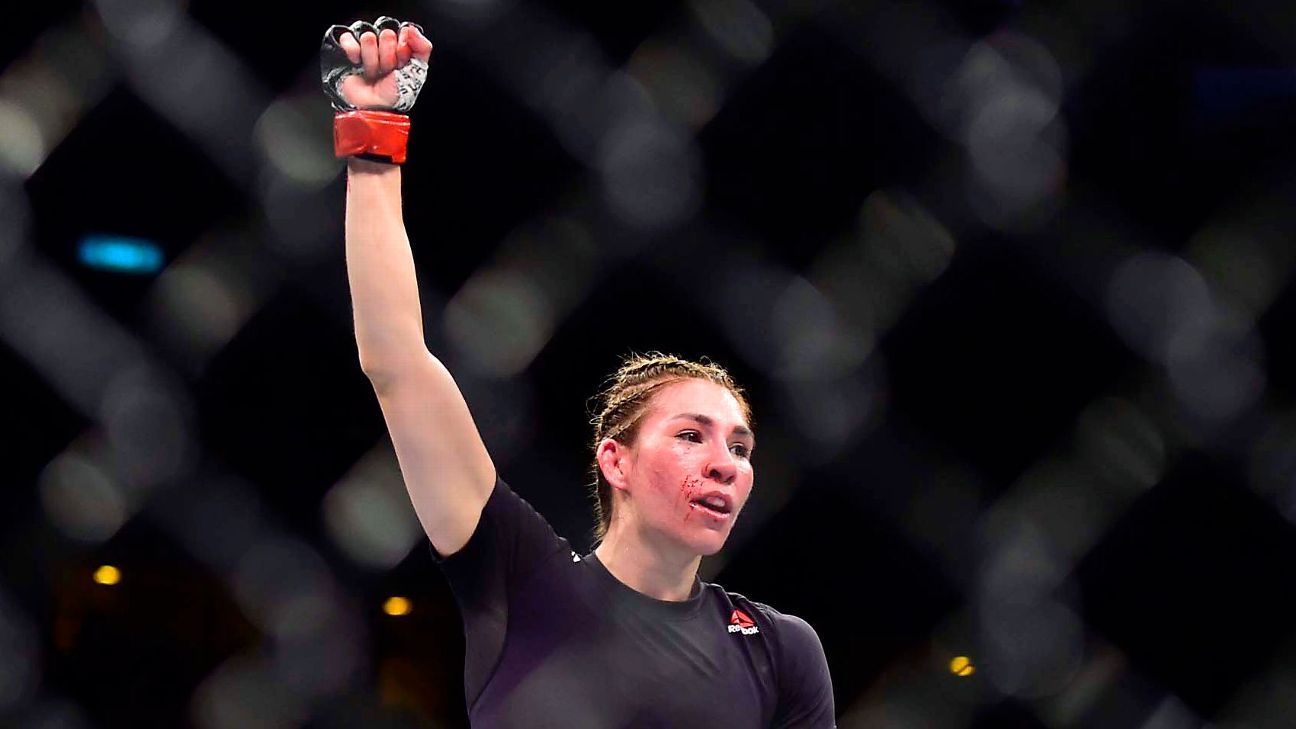 The UFC lost a top women’s bantamweight contender fight on its pay-per-view card next month but is replacing it with another.

Irene Aldana is out of a scheduled fight with Aspen Ladd at UFC 273 on April 9 in Jacksonville, Florida, because of an undisclosed injury, sources confirmed Saturday to ESPN. In Aldana’s place, Raquel Pennington has been tabbed as Ladd’s opponent on the same card, sources said. The news was first reported by Eurosport Netherlands.

Ladd (9-2) moved up to featherweight in her most recent bout, falling to Norma Dumont last October. It was Ladd’s comeback fight after knee surgery. Before that, the California-born fighter was coming off a third-round TKO win over Yana Kunitskaya. Ladd, 27, has dropped two of her past three, including a defeat against Germaine de Randamie in July 2019.

Pennington (13-8) has won three in a row following a loss to Holly Holm at UFC 246 in January 2020. The Colorado-born fighter is a former women’s bantamweight title challenger, falling to Amanda Nunes at UFC 224 in May 2018. Pennington, 33, has the most fights in UFC women’s bantamweight history (15), with a 10-5 record.