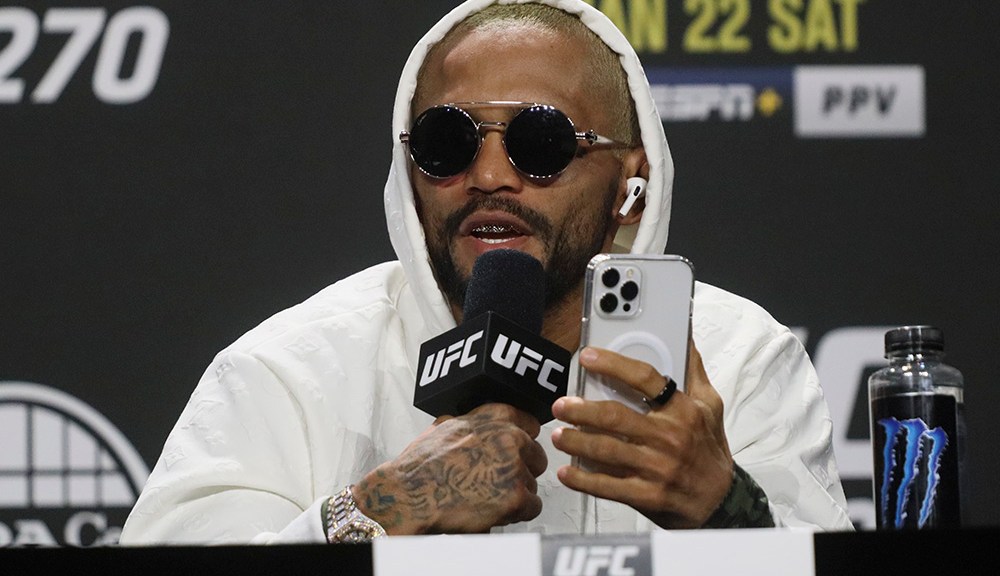 UFC flyweight champion Deiveson Figueiredo is continuing his push to face the man in line behind Brandon Moreno.

Following the incredible trilogy fight at UFC 270 between Figueiredo (21-2-1 MMA, 10-2-1 UFC) and Moreno (19-6-2 MMA, 7-3-2 UFC), all parties seemed on board with a fourth consecutive matchup. However, following Kai Kara-France’s split decision win over Askar Askarov at UFC on ESPN 33, the champ began to shift his focus toward the New Zealander instead of the quadrilogy against Moreno.

Initially, Figueiredo just appeared interested in facing a new opponent, but on Monday evening, he explained why he wants the promotion to go in a different direction, citing “racist comments” from Moreno’s former teammate at Entram Gym.

“Dear @danawhite I just wanted to say thank you for the opportunities that you have given me, my family and my country,” Figueiredo wrote on <a href=”

“Until his Team crossed the line with racist comments. Calling me a monkey and even going to the extent of photoshopping a monkey’s face on top of mine. You know what I’m talking about @raul_entram When all this happened I went on a campaign to stop racist and prejudice in my city where it is predominately Indians and blacks. As the UFC Champion of the world, I ask you to consider my wish. I wish to fight the next contender in line @kaikarafrance who has earned his spot. #stoptherasicm #weareone”

Figueiredo faced Moreno for the first time at UFC 256, when the pair fought to a majority draw. They met in a rematch at UFC 263 and Moreno emerged victorious by third-round submission. The trilogy occurred at UFC 270 in January, and Figueiredo regained his title by unanimous decision.

The UFC has not made any official announcement of a fourth fight between the two flyweights, although all signs were pointing to the matchup occurring in the near future. According to Moreno’s manager Jason House, it is the only fight currently offered to Figueiredo.

Kara-France called for a title shot after his victory over Askarov, which was his third-straight victory, a streak that includes a first-round stoppage of former champion Cody Garbrandt. Furthermore, he requested the fight take place on his home soil of New Zealand.