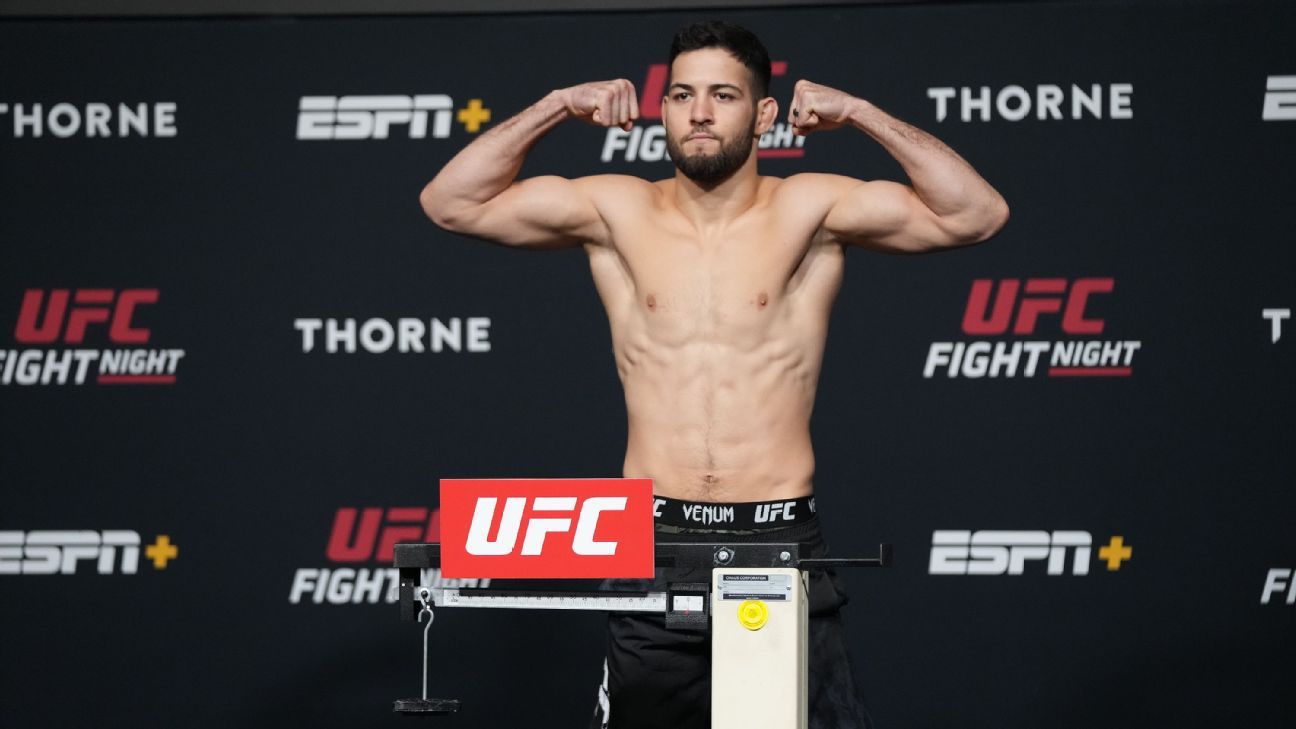 A promising young middleweight fighter is out of what would have been his biggest test to date.

Nassourdine Imavov has been removed from a scheduled fight with Kelvin Gastelum at UFC 273 on April 9 in Jacksonville, Florida, because of visa issues, the UFC announced Monday. The bout has been canceled from the card, the UFC said. Gastelum tweeted that his team is “trying to figure out other options.”

Imavov (11-3) has won two straight, most recently a second-round TKO win over Edmen Shahbazyan at UFC 268 in November. The 26-year-old fighter from Dagestan, Russia, trains out of MMA Factory in Paris. Gastelum (16-8, 1 NC), a 30-year-old California native who trains out of Arizona, has dropped two straight and five of six, but is a former UFC interim middleweight title challenger.

The UFC also announced Monday that a heavyweight bout between Ilir Latifi and Aleksei Oleinik has been added to UFC 273 next week. The fight was initially scheduled for UFC Columbus last Saturday, but Latifi suffered a non-coronavirus-related illness and had to withdraw on the day of the bout.

UFC 273 is headlined by a featherweight title bout between champion Alexander Volkanovski and challenger “The Korean Zombie” Chan Sung Jung. In the co-main event, Aljamain Sterling and Petr Yan will fight to unify the UFC bantamweight title.