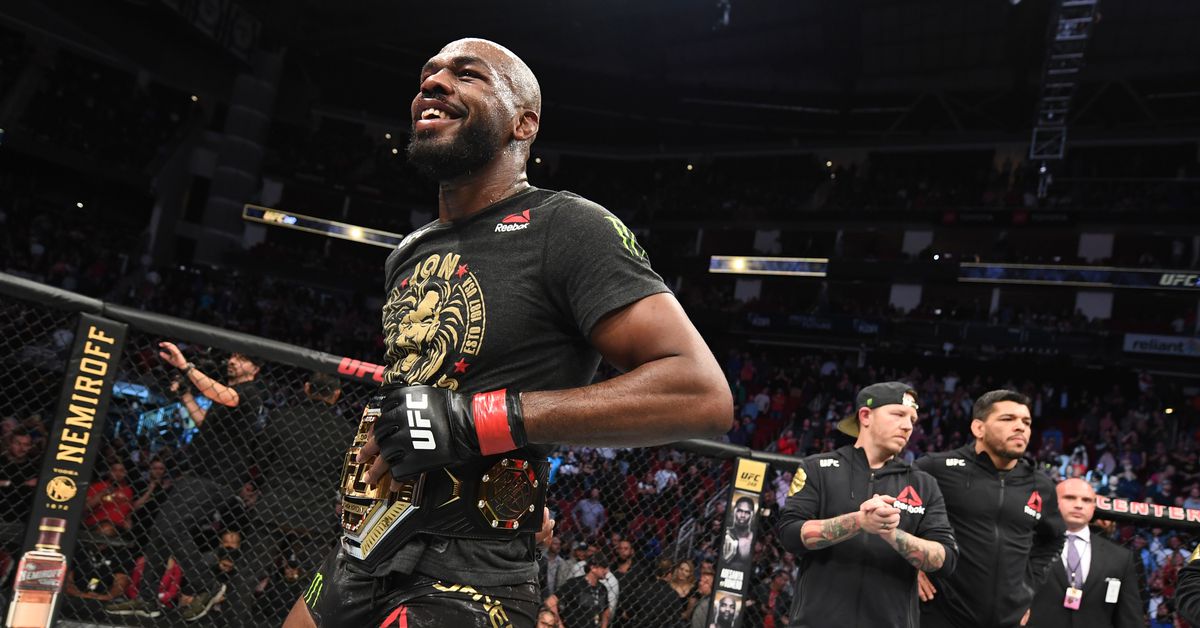 Jon Jones still has full faith that his planned run at Heavyweight will pan out as intended.

The former two-time Ultimate Fighting Championship (UFC) Light Heavyweight champion fought his last fight in his long-time division at UFC 247 in Feb. 2020 (watch highlights). Taking home a controversial unanimous decision win against Dominick Reyes, Jones would eventually relinquish his title later that year with the intention of moving up to Heavyweight.

Despite that goal having yet to come to fruition, “Bones” just sees it as a matter of time before he’s once again a titleholder.

“My candle for Light Heavyweight blew out, it showed in my last fight, instead of being discouraged by a bad performance, I’m stoked about this new season,” Jones tweeted. “New energy. My time at [Light Heavyweight] was over, I see that more clear today than ever.

“I’ve been imagining it for over two years now, I genuinely believe winning this Heavyweight championship is in my destiny,” he continued. “It’s already been written. I just need to keep my nose in the dirt for now and keep working, everything else will take care of itself.”

During his time away from the Octagon, Jones, 34, has been inducted into the UFC Hall of Fame, arrested, departed JacksonWink MMA where he’s trained his entire career, and separated from his fiance. All of those events happen to be intertwined with each other.

With current Heavyweight champion, Francis Ngannou, shelved following knee surgery, it has left the community speculating whether or not another interim title will be up for grabs in the immediate future. If so, Jones would make for an obvious candidate to vie for the gold as one of mixed martial arts’ (MMA) all-time greats despite having yet to debut in the weight class.