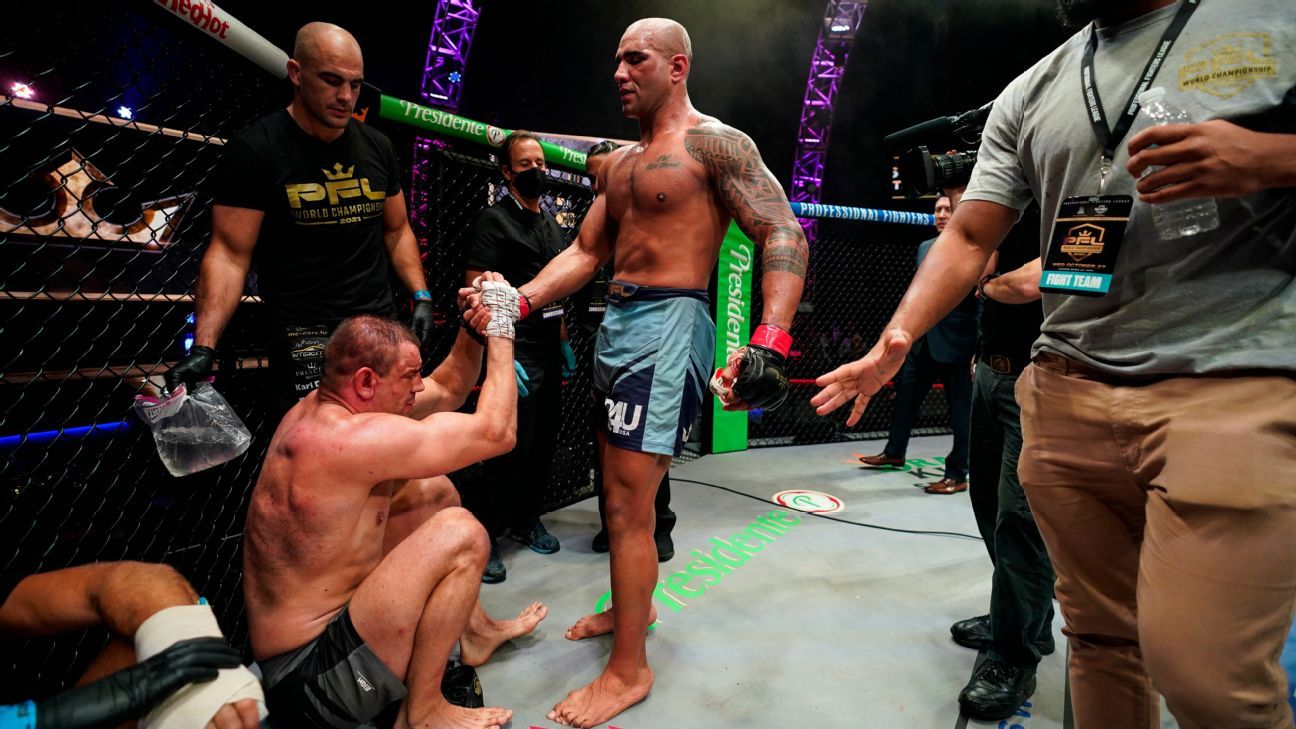 The PFL announced on Tuesday its opening regular-season matchups for the heavyweight and featherweight divisions on April 28.

A heavyweight matchup between 2021 champion Bruno Cappelozza (14-5) and Stuart Austin (15-7) will headline the PFL 2 event at Esports Stadium Arlington in Texas.

PFL’s regular-season format begins April 20 with the light heavyweight and lightweight divisions at the same venue.

In the co-main event, Brendan Loughnane (21-4), of England, will take on Japan’s Ryoji Kudo (10-2-1). Loughnane was impressive in his 2021 PFL campaign, advancing to the semifinals before losing a split decision to eventual tournament winner Movlid Khaybulaev.

In addition to Cappelozza, former PFL champions Ali Isaev and Lance Palmer are on the card.

“With three current or former Professional Fighters League World Champions on the PFL 2 card on April 28, fans around the world are in for a major night of action,” PFL CEO Peter Murray said in a statement.

The PFL follows a regular season/playoffs format that is unique in professional mixed martial arts. Tournament winners receive a $1 million prize at the end of the year.

The full lineup for PFL 2 includes: