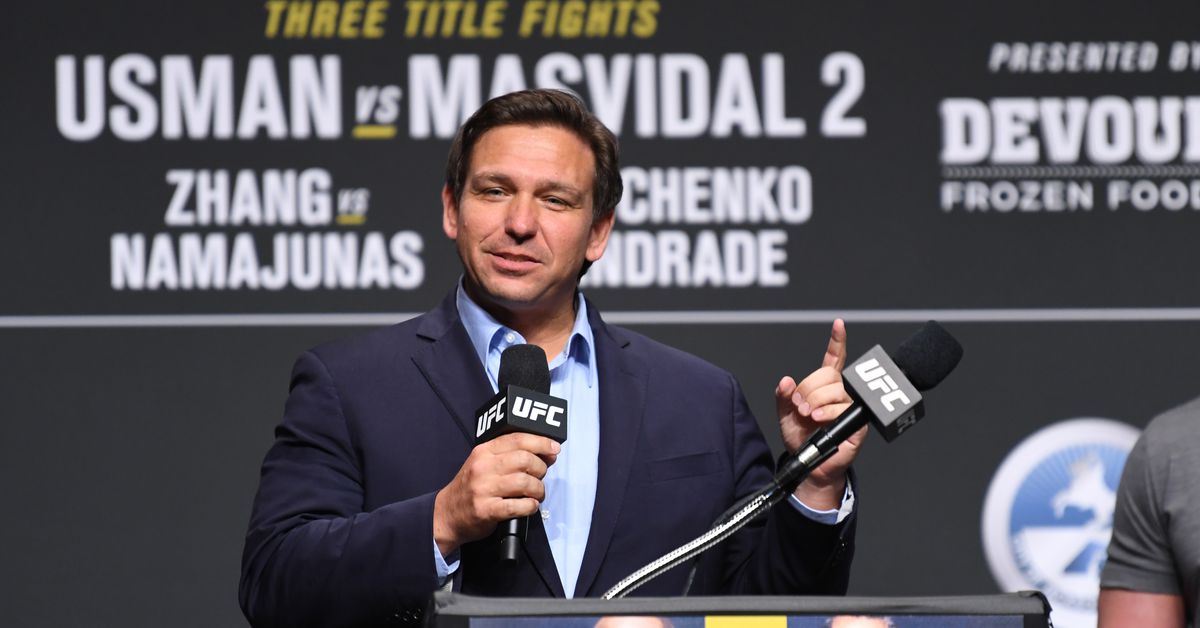 Jorge Masvidal isn’t shying away from the spotlight after his recent dust-up with Colby Covington.

According to Florida Politics, the former Ultimate Fighting Championship (UFC) Welterweight title challenger will be featured as the marquee guest of a Gov. Ron DeSantis campaign event in Miami tonight (Weds., March 30, 2022). The event takes place from 5:30 to 8:00 PM EST.

Non-U.S.-based UFC fans may remember DeSantis from the appearance he made at the UFC 261 pre-fight press conference in Jacksonville, Florida in Apr. 2021. In the main event, Masvidal suffered his second straight loss to champion Kamaru Usman (watch highlights).

The Governor of Florida advertised that the event will also provide a “DeSantis x Masvidal VIP Experience” to those who show up early with their $250 contributions to his re-election bid.

If you’re someone who wants to go the optional campaign contribution route, DeSantis’ team also shared that each guest will receive “VIP entrance, early admission, two drink tickets, and an opportunity to mix and mingle with Jorge Masvidal before the event begins.”

Masvidal suffered yet another loss in the Octagon upon his last time out when facing the aforementioned Covington earlier this month at UFC 272. Since then, their blood feud has continued, expanding to the Papi Steak restaurant in Miami where Masvidal allegedly sucker-punched his former best friend and teammate.

“Gamebred” was arrested and charged with aggravated battery with bodily harm and criminal mischief with bail set at $15,000. He’s currently out on bond with his next court date set for Thurs., April 21, 2022. Masvidal is pleading not guilty.