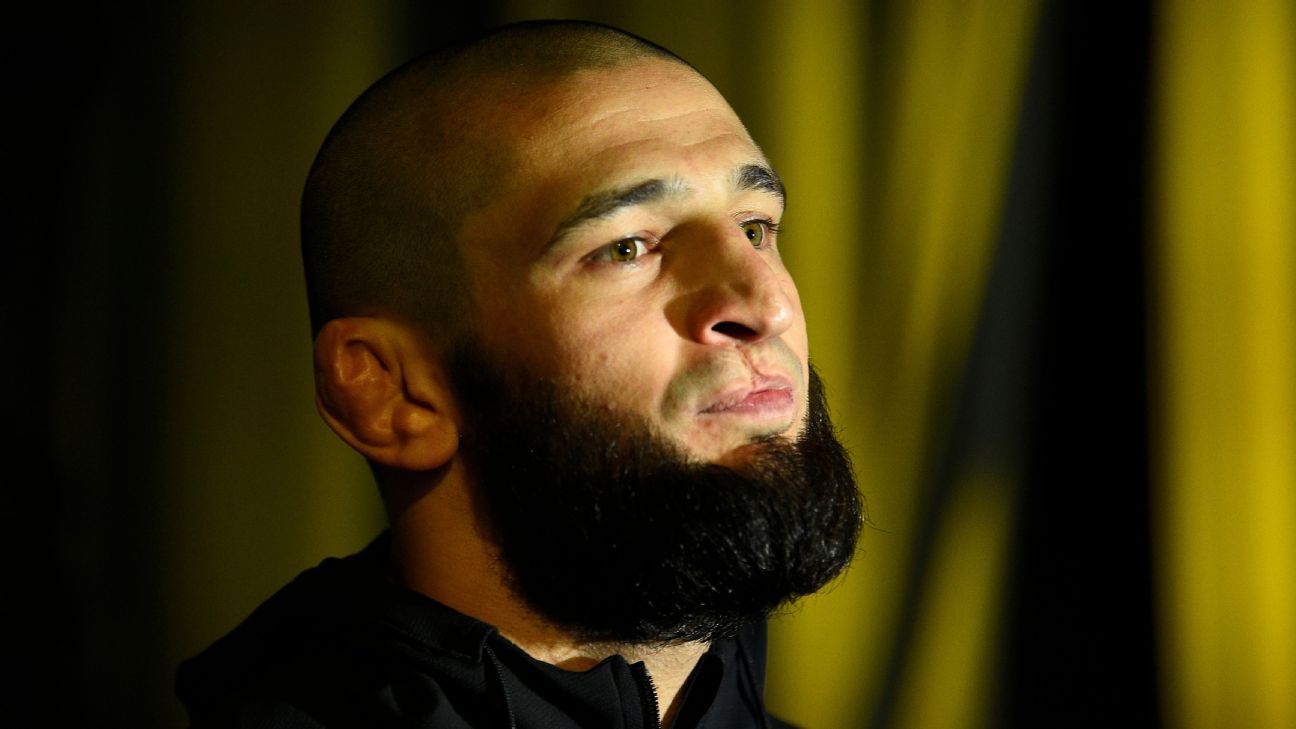 We’re in the middle of a very rare off week in the UFC schedule — and in MMA, in general, actually — with no big fights to watch as we close out March and kick off April.

That said, there is plenty to discuss and reflect on in this sport, including the ongoing prospect of Khamzat Chimaev‘s title hopes and making sense of Jorge Masvidal‘s future after a chaotic past few weeks. Here are five things on my radar, as we sit one week out from the next major event, UFC 273.

1. Trying to be patient at heavyweight

It’s been more than two months since Francis Ngannou defended his UFC heavyweight title against Ciryl Gane in what Ngannou said would be the final appearance under his UFC contract. His contract will expire at the end of this year, Ngannou said, and if he and the UFC have not come to a new deal by then, he’ll explore options outside the UFC.

My takeaway: Patience is important here. Things got ugly between Ngannou and the UFC at the beginning of the year, when efforts to reach a new deal continued to come up short. Those negotiations should pick up at some point, and there won’t be pressure to get something done quickly, because Ngannou underwent knee surgery this month and can’t fight until 2023 anyway.

At the same time, it feels like this division is on hold. Ngannou’s future is uncertain, and in the meantime, where is Jon Jones? When is Stipe Miocic fighting again? Will there be an interim title as Ngannou recovers? Where do names such as Curtis Blaydes, Tai Tuivasa, Tom Aspinall — who all fought over the past month — fit in? The UFC’s schedule is already filling up as far out as July. When will we get clarity at heavyweight?

Ngannou has already started rehab on his knee. I’m told physicians had him working slight movements the night of his surgery. He is back in Las Vegas for physical therapy. Ngannou is considering attending Tyson Fury’s boxing match against Dillian Whyte on April 23 in England. If he does, you know Ngannou will be asked about his interest in boxing Fury in 2023. I hope Ngannou and the UFC manage to sit down ahead of that April 23 date to try to get on the same page. He’ll be out for a while, but let’s find out what’s to come in the heavyweight division.

I don’t want it to seem like I’m disrespecting Gilbert Burns here. I’m merely pointing out that the intrigue around his fight against Chimaev on April 9 is because of Chimaev. The sport has been waiting for this. We’ve talked about whether Chimaev is the real deal. We’ve seen what he can do in the Octagon. We’ve heard stories of what he can do in the gym. We want to see him in a true test, which Burns, who challenged for the UFC welterweight belt just a year ago, clearly represents.

I was in Sweden a few weeks ago and watched Chimaev work out in the gym — and he definitely is unique. I watched him grapple with Alexander Gustafsson, a three-time UFC title challenger at light heavyweight who is now competing at heavyweight. Chimaev’s physicality against an opponent that size was impressive.

That was several weeks ago, and even then, Chimaev was in phenomenal shape. That’s a great sign, as his struggle to make 170 pounds for his fight against Li Jingliang in October was very real. So real that Chimaev’s team was rethinking how long he can realistically compete at welterweight. But those concerns have diminished in this camp, as he has been so lean.

If Chimaev wins, and does so impressively, it will be interesting to see what’s next. The UFC is very committed to a fight between the champion, Kamaru Usman, and ESPN’s No. 4-ranked welterweight, Leon Edwards, which it hopes to make happen in July. Chimaev is not going to want to wait until the end of the year to fight again. My guess is — again, if Chimaev wins — it will be more or less understood he has a welterweight title shot in the bank, and we’d see him take a fight at middleweight as he waits for it.

3. Kai Kara-France is a flyweight gift

I wasn’t sure what the judges’ scorecards were going to look like at the end of last weekend’s fight between Kara-France and Askar Askarov. That third, deciding round at UFC Fight Night in Columbus, Ohio, was close. Before the scores were read, I was thinking that regardless of what this result is, Kara-France is going to fight for a title at some point. He has proved he’s at that top tier of flyweights. Even had he lost the decision, I believe Kara-France still would have fought for a title within a year’s time. And when the judges sided with him, that made a title shot pretty much inevitable.

Kara-France has a real shot against either of those guys. What felt like a two-fighter race at flyweight earlier this year has turned into what I believe is a three-fighter competition. Kara-France could absolutely be a flyweight champion by year’s end.

The recent focus around Masvidal has been on his alleged attack on Colby Covington in the streets of Miami Beach. His actions after losing in the Octagon to Covington on March 5 are clearly less than ideal. But if history tells us anything, incidents outside the cage don’t always derail an MMA career. So let’s talk about another angle of Masvidal — such as, what is next in terms of fighting? 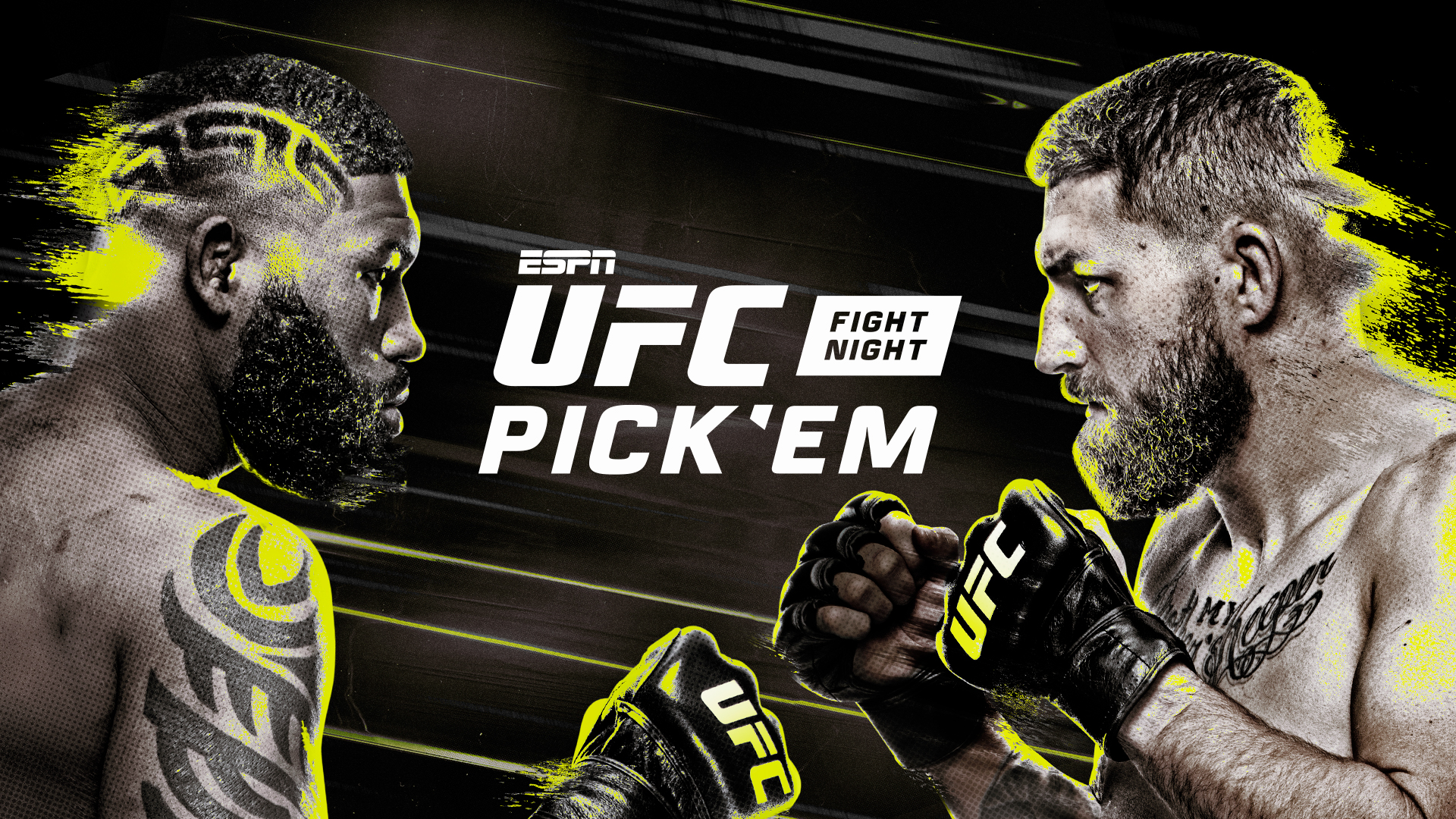 Play for a chance to win a streaming of UFC 273 for FREE! Make Your Picks

I used to think if Masvidal ever reached a point where a title shot felt far away, both he and Nate Diaz would want to revisit a rematch. But now that we’re here, I’m not getting that sense. Diaz wanted an immediate rematch after losing to Masvidal by third-round TKO in 2019 and wasn’t happy with Masvidal that it didn’t happen. Diaz is not the kind of guy to say, “Oh, now you want to fight me? Sure, if it fits into your schedule, let’s do it.” It feels like Diaz has moved on. He has even posted on social media a request to be released from the UFC.

And yet, as much as it might feel as if Masvidal is in no-man’s-land right now — facing criminal charges in Florida, riding a three-fight skid — I could see a scenario in which he is only one fight away from a title shot, as unbelievable as that sounds. If Masvidal were to pick up a win in his next fight and Edwards were to beat Usman for the welterweight championship, I could see a scenario in which Edwards and Masvidal then meet — because of their history, especially considering the “three piece with the soda” reference. A fight between Edwards and Masvidal is almost guaranteed to happen at some point. And maybe it will happen with a title on the line.

In the meantime, I think Masvidal will face the winner of the April 16 bout between Vicente Luque and Belal Muhammad. Luque’s style, especially, would match up perfectly against Masvidal and make for a highly entertaining bout.

Darren Till explains how Khamzat Chimaev’s mentality played a role in his decision to train with him.

5. Darren Till vs. Uriah Hall?

Keep an eye on Hall when he competes at UFC Fight Night on April 16 in Las Vegas. Hall is the underdog against Andre Muniz. It won’t be an easy fight. But if Hall can win, it would set him up perfectly for a middleweight fight against Till. Even if Hall were to lose, a Till fight still could be next.

Hall and Till have gone back and forth on social media, saying they want to face each other next. The timing sets up well. I could see the fight taking place in the United Kingdom, after UFC president Dana White said he is looking to return there this year following the great success of the March 19 event in London.

A Hall-Till matchup seems obvious … but I do think it works a lot better if Hall wins in Las Vegas. So, let’s see what happens.