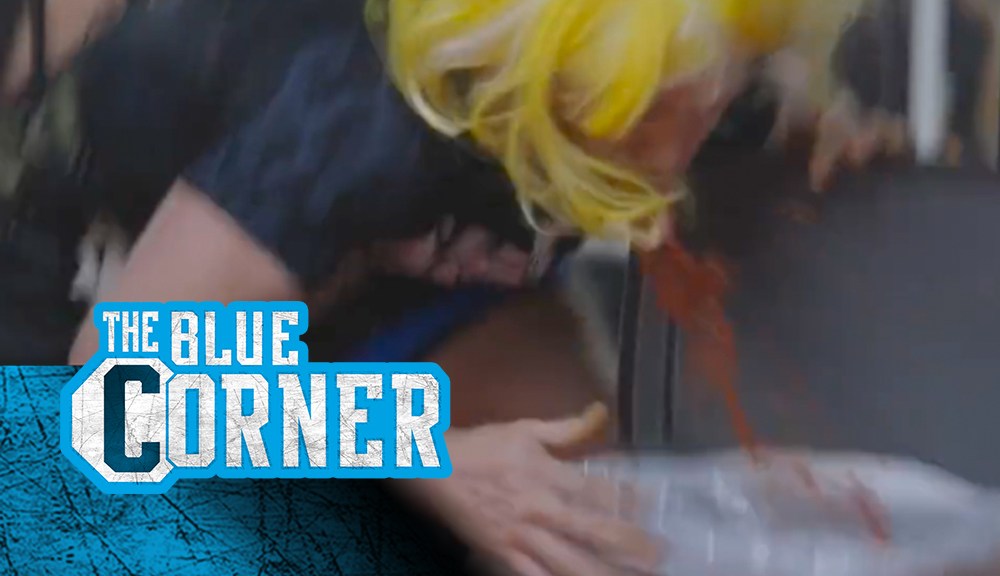 By Danny Segura, The Blue Corner |

UFC callouts come around often, but not like Matt Frevola’s.

The UFC lightweight took to social media to call out rising star Paddy Pimblett in a hilarious video mocking one of Pimblett’s (18-3 MMA, 2-0 UFC) post-fight interviews where he threw up on the canvas.

Frevola (9-3-1 MMA, 3-3-1 UFC), who’s been fighting in the UFC since 2018, is coming off a wild TKO finish of Mexico’s Genaro Valdez at UFC 270 in January. It was his first win in his past three fight shaving come up short against Arman Tsarukyan and Terrance McKinney in his previous outings.

You can watch Frevola’s callout in the video below (via Twitter):

Pimblett has become one of the most talked about names in the UFC currently. The Brit is a former Cage Warriors champion and has finished both of his UFC bouts in the first round. Pimblett made plenty of headlines during fight week, having gotten into an altercation at the host hotel for UFC Fight Night 204 with rising contender Ilia Topuria.