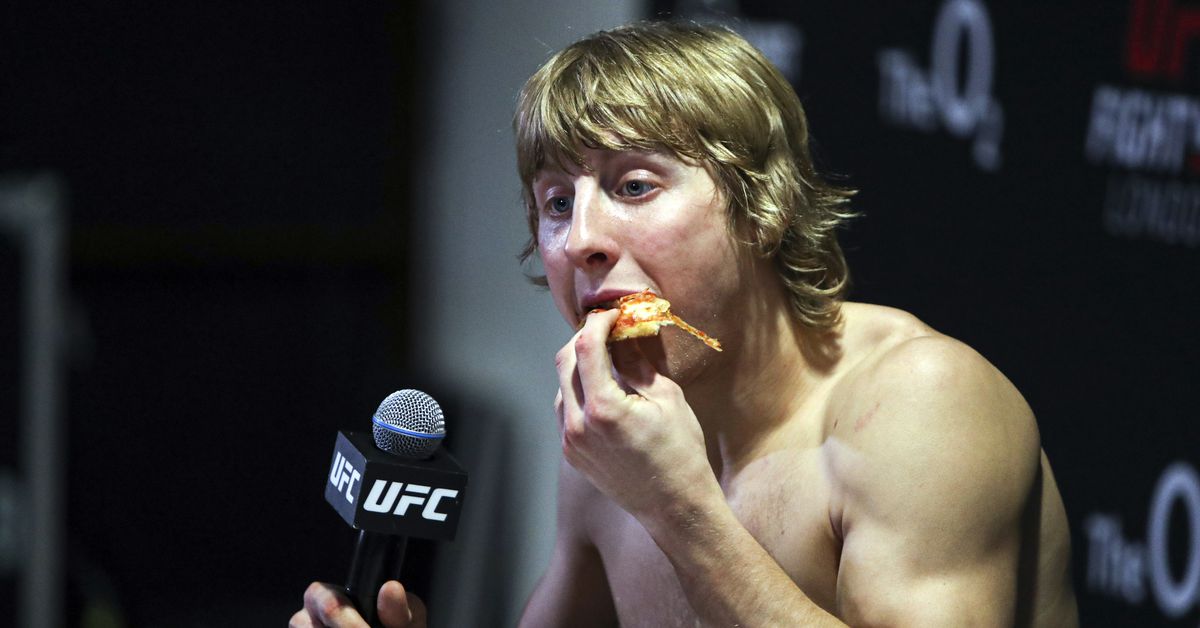 Paddy Pimblett is on his way to being one of the sport’s biggest draws. Just two fights into his UFC career, there’s already plenty of buzz around the Liverpool scrapper. He’s done well to market himself, picking up some significant sponsorships in the process. A couple weeks ago, Pimblett brought down the house at UFC London by stopping Rodrigo Vargas inside a round — the crowd certainly believed him to be a superstar.

Any time a European fighter starts to pick up some hype, the Conor McGregor comparisons begin. As a former Cage Warriors double champ and Lightweight, “The Baddy” is especially good at drawing comparisons to the Irish athlete. But, is it deserved?

Chael Sonnen doesn’t think so. Speaking on his YouTube channel — how incredible is it that Sonnen is still keeping the content flowing amidst his current legal woes? — Sonnen explained why the comparison doesn’t make any sense.

“Where is that coming from?” Sonnen asked (via BJPenn.com). “How did this ever get going? It seems to be as though anybody who’s interesting to listen to and somewhat clever, that also brings an accent to the table, instantly gets compared to Conor McGregor. Paddy’s not the first. There’s been a pretty good handful of people from that side of the world that are good with rhetorical skills, that instantly get compared that they’re gonna be the next Conor McGregor. It seems like a big claim and I’m not seeing how it’s getting made.”

Specifically, Sonnen points to the different approach between the two. McGregor rose to prominence by taking on all comers and calling for bold challenges, whereas Pimblett has been clear that he’ll only accept certain opponents on his current salary.

“I am not putting Paddy down here. I am just pointing out the obvious so that we all don’t get lost. Paddy said, ‘I will not fight the best guys. Not anyone, anytime, anywhere. None of those things. Don’t bring me anybody in the top 15. Don’t ever bring me an opponent that’s got a ranking while I’m under the current contract…’ I’m not putting Paddy down… I’m still searching for anything that has to do with Paddy and Conor intersecting, other than they’re both interesting guys who bring an accent, who are pretty good on a microphone.”

I don’t think Matt Brown vs. Bryan Barberena was an egregious example of bad judging, but Brown is understandably miffed at the general incompetence of it all.

Prediction: Julian Marquez loses this one until suddenly, he doesn’t.

Ilia Topuria might be in a situation where he has to bulk up to stay at Lightweight, though he clearly can still crack!

If and when an interim Heavyweight title match is booked later this year, who should take part?

If you’re in a street fight and the other guy starts throwing actual kicks, it’s probably time to extract yourself from the situation.

This old fight highlight came across the feed today, which documents a fun bit of trivia. I trained with Betzold for years, and his wrestling/jiu-jitsu are excellent. Oddly enough, it’s genuinely difficult to deny the wrestling exchanges!