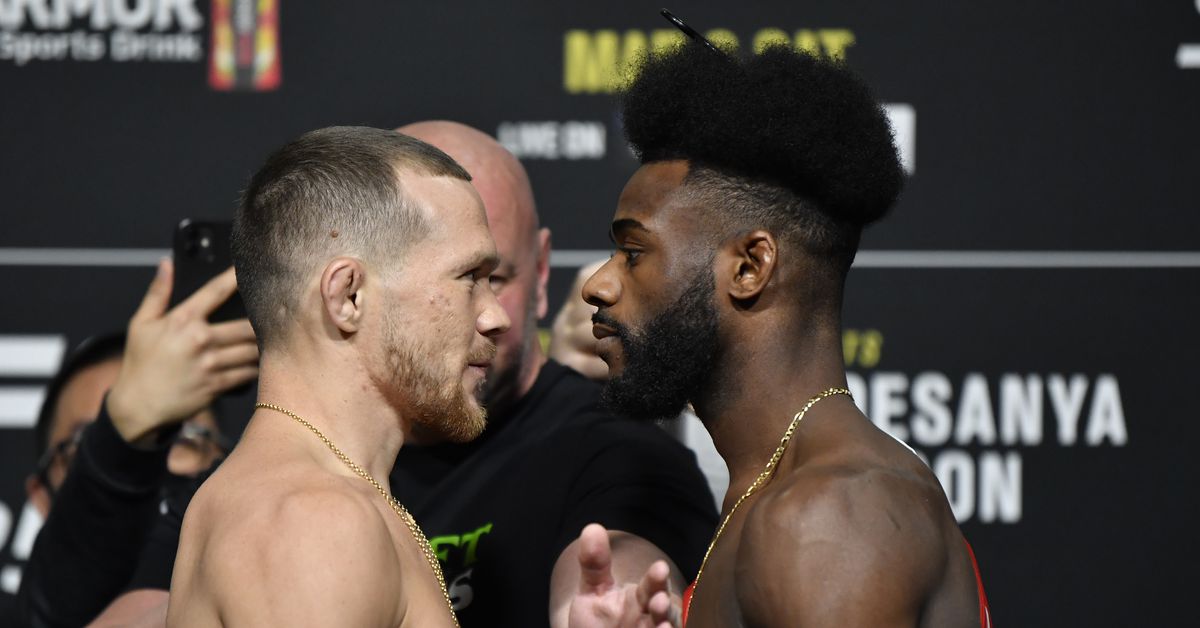 Aljamain Sterling and Petr Yan will finally settle their differences at UFC 273 next Saturday night (April 9, 2022).

It’s been a long road for each man to get back in the Octagon together. At UFC 259 in Mar. 2021, Sterling became the new Bantamweight champion when defeating Yan by fourth-round disqualification after “No Mercy” landed an illegal knee. The champion has since had neck surgery while Yan went five-round with Cory Sandhagen in Oct. 2021 to earn a unanimous decision and an interim title for his efforts (watch highlights).

Sandhagen is also no stranger to Sterling who handed him his first UFC loss in June 2020 by first-round rear-naked choke submission. With his familiarity in mind — along with seeing how the first Sterling vs. Yan bout went — “The Sandman” doesn’t think Yan should take his rival lightly as indicated on social media.

“I think Sterling is always dangerous because he is such a good grappler, and I think Yan is super dangerous because he punches hard as hell,” Sandhagen told MMA Junkie. “I think Yan is likely the more well-rounded guy, but I think if Yan goes in thinking that he’s just gonna crush him because of the way that the last fight went, I think that would be a huge mistake on Yan’s part, but I don’t think he’s that poor of a competitor.

“I think that he’s gonna go in and do really well again and not let the last fight impact him, and I think Yan is just kind of a better all-around competitor also than Sterling is,” he continued. “But that being said, Sterling’s a very good fighter. He’s a very good competitor and he’s a good grappler so there’s always that.”

Sterling has also expressed his supreme confidence over recent months despite how the first encounter played out. Starting off relatively strong, many believe Sterling faded down the stretch and the champion himself has admitted it wasn’t his best overall performance.

“I would not try and make it as frantic as he kind of made it in the first one and then if I was Yan, I would probably do the exact same thing that he did in the first one because if Aljamain slows down the pace, that just means that Yan gets to fight at a less chaotic pace which I think Yan does really well in so yeah they both definitely have some corrections to make,” he concluded.