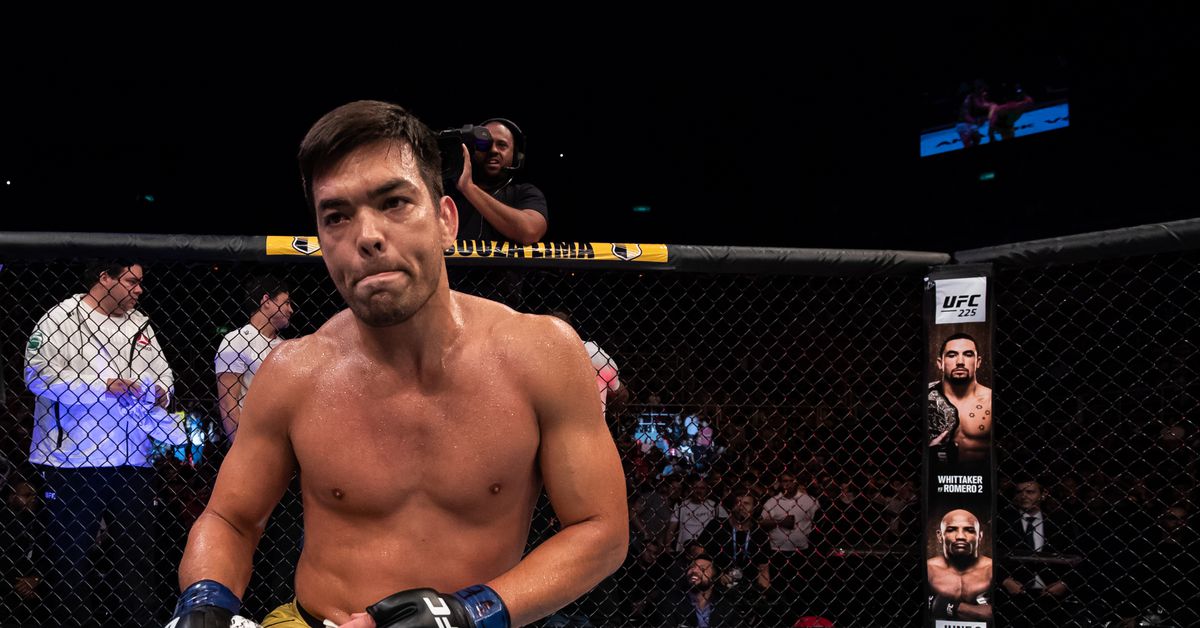 Lyoto Machida’s career in mixed martial arts is almost at its end.

“The Dragon” has been fighting professionally since 2003, so it’s no surprise that he’s about ready to hang up the gloves. Machida helped bring traditional karate back into prominence inside the Octagon, capturing the Light Heavyweight crown back in 2009 by knocking out Rashad Evans. He suffered his first career defeat soon afterward to Mauricio Rua, but Machida has fought nothing but elite talent since his title reign.

At the end of 2018, Machida left UFC for Bellator. He got off to a great start, but he’s since lost three in a row. Now on the last fight on his contract, Machida is dropping back down to 185 lbs. to fight Fabian Edwards at Bellator London on May 13.

Afterward? Machida has his eyes set on the Karate Combat promotion, which utilizes a mixed ruleset that tends to favor strikers a bit. Specifically, Machida is interested in fighting Stephen Thompson, who works with the promotion.

“Stephen Thompson is an MMA guy [that I could face],” Machida said on MMA Fighting’s Trocação Franca podcast (via BloodyElbow). “[Or] Georges St-Pierre. But Georges St-Pierre was offered it last time and didn’t want to do it. [Karate Combat] wanted to book it in the future, after my [Bellator] contract is over, but he has other plans. I think he’s really finished his career as an athlete. [Karate Combat] called me and asked if I would fight Georges St-Pierre and I said of course, and St-Pierre said, ‘No, I have other projects.’

“Stephen Thompson is active, he’s younger, and he wants it. Let’s see what Karate Combat does in the future, but first I have to fight my fight in Bellator.”

Currently, Thompson is signed to UFC as an active Welterweight, one who has reportedly said he’s uninterested in retirement. Still, a good enough offer from Karate Combat could have “Wonderboy” changing his tune, though he’d either have to fight out his UFC contract or ask for release in order to make it happen.

Like many others, Kai Kara-France found martial arts because of childhood bullies, and now he’s in talks to receive a UFC title shot.

Here’s an absolutely gorgeous example of a double leg applied at the highest level thanks to perfect feints and fundamentals. Textbook!

These fighters in middle weight are unhappy for me fighting at 185 cause they can’t fight big like me. I have 15 fights and just miss weight once after injures in training camp. Many fighters missed weight couple times and still ok . It’s a illogical thing just look like scares

The opening fight of UFC’s pay-per-view event in Singapore will start at 6 A.M. local time.

As @BigMarcel24 noticed by the posters, I’ve been told #UFC275 will be a normal U.S. PPV with the main card starting at 10 p.m. eastern despite it being in Singapore.

The fight drew 7% on FujiTV.pic.twitter.com/rMXEAXWJtX

The next generation of fighters promise to throwing more spinning s—t than any who come before them.

It’s not every day a fighter survives a faceplant knockdown then scores a more brutal land in the very same round.

This afternoon at ARENA:

Magomed Gadzhiev survives an early knockdown before destroying Adam Yusupov with a knee to the jaw. Nasty KO. pic.twitter.com/qtHfubsy0K

I hope that sand is extra soft.