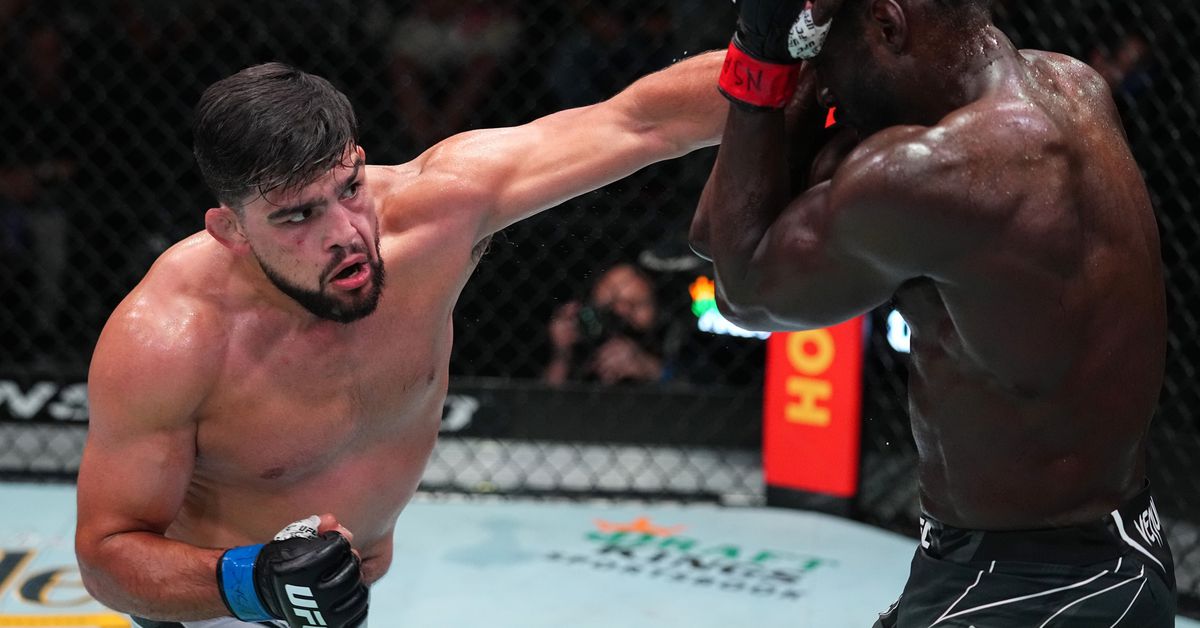 First and foremost: this is no April Fool’s joke.

Less than a week after Nassourdine Imavov was forced to withdraw due to visa issues, now his would-be opponent Kelvin Gastelum has pulled out due to injury, leaving last-second replacement foe Driscuss Du Plessis without a dance partner. UFC made the announcement on its website earlier today.

Du Plessis is off the card; there won’t be a replacement for “Stillknocks.”

This withdrawal is really a continuation of a rough streak for Gastelum. The former interim title challenger has lost two bouts in a row, as well as four of his last five. Admittedly, all those defeats come against the very best Middleweights in the world, but Gastelum really needed a rebound win.

That’s not to say Du Plessis or Imavov were easy opponents. Both knockout artists are riding solid win streaks, and they were looking to jump up the ladder off Gastelum’s name.

It remains to be seen how long Gastelum is on the bench, or if UFC looks to rebook either of these matchups on his return.

Petr Yan’s trips and throws in the first Aljamain Sterling fight were so damn cold.

Catch the kick, get swept?

Georges St. Pierre is an eternal student — and now teacher — of the game.

Good luck to anyone trying to point spar Stephen Thompson!

Remember I mentioned Tito Ortiz’s status as king of unintentional comedy? Paulo Costa is chasing that crown … or he’s a satirical genius.

Henry Cejudo with — at this point — a mildly topical shot towards Aljamain Sterling:

Before I got to sleep, I can’t stop and think If @funkmasterMMA was Chris Rock, how many rolls would he have done after getting slapped?

Neil Magny is open to fighting Shavkat Rakhmonov, because he’s a true BMF.

Alex Volkanovski hasn’t lost in nearly a decade, and he’s fought an incredibly high caliber of competition. One of the best pound-for-pound fighters on the planet might be underrated … but this clip is still kind of funny.

One left hook to the temple ends this one.

This is a very nice display of range and fighting from the back foot.

Willian “Colorado” Souza gets the 2nd round TKO over Pacceli Afonso to claim the Jungle Fight bantamweight strap. This is Souza’s second belt in JF, he’s also the former featherweight champ. #JF106 pic.twitter.com/jnbqkUWxpj

The slide tackle into spin move is a new maneuver.

Midnight Music: Paul McCartney is my favorite … member of Wings.