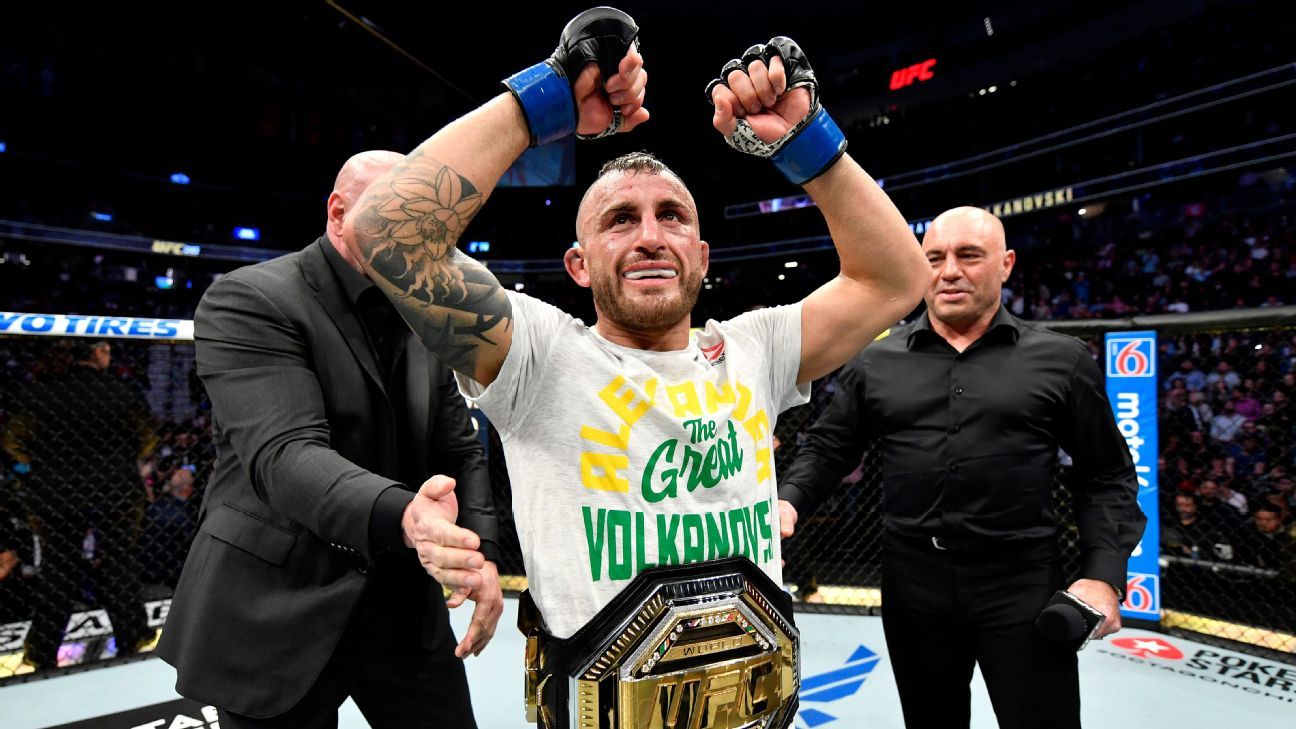 UFC 273 is a fight card that keeps on giving.

The April 9 pay-per-view event at VyStar Veterans Memorial Arena in Jacksonville, Florida, will be headlined by a men’s featherweight title fight between champion Alexander Volkanovski and Chan Sung Jung. For Jung, whom the UFC bills by his nickname, “The Korean Zombie,” this is his second go at the 145-pound belt — nearly nine years after the first one. He challenged then-champion Jose Aldo back in the summer of 2013 and lost by TKO after an injury.

Saturday’s co-main event is also a title bout, in which Aljamain Sterling defends against former belt holder Petr Yan. It is a rematch of a 2021 fight that ended with the title changing hands via disqualification.

Beyond the two championship bouts, there’s also the biggest fight so far for much-hyped Khamzat Chimaev. After astounding fans with his lopsided victories, Chimaev finally faces a top-10 contender in Gilbert Burns, who just last year challenged for the welterweight title.

What are the storylines behind these fights? How are experts breaking them down? What do the fighters have to say? Here is the fight card, how to watch it, and a collection of all of the UFC 273 essentials.

Watch the PPV and all other fights on ESPN+: Get ESPN+ here.

Khamzat Chimaev faces Gilbert Burns on at UFC 273 in the biggest test of his career. Can Chimaev continue the historic run that has highlighted the start of his UFC career?

Chimaev last fought in October at UFC 267, after an absence of more than a year, and did not miss a beat. He scored a first-round submission of Li Jingliang to become 4-0 in the UFC, 10-0 overall in his MMA career. He has finished every opponent, seven of them in the first round. He has never seen a Round 3.

But those are not the only numbers that have drawn attention to the 27-year-old Chechnya-born Swede.

For a rundown of those numbers …

We’re not disrespecting Gilbert Burns here. We’re just merely pointing out that the intrigue around his fight against Chimaev on April 9 is because of Chimaev. The sport has been waiting for this. We’ve talked about whether Chimaev is the real deal. We’ve seen what he can do in the Octagon. We’ve heard stories of what he can do in the gym. We want to see him in a true test, which Burns, who challenged for the UFC welterweight belt just a year ago, clearly represents.

Volkanovski is coming off 2021’s fight of the year

Championship MMA has reached such a high level that it’s rare you’re going to see a bad title fight. They’re all fantastic to an extent, because they are all examples of the very best the sport has to offer. Even so, September’s UFC featherweight title bout between Volkanovski and Brian Ortega truly had everything you could ever want to see in a martial arts contest.

First and foremost: skill. The sport truly (and finally) began to recognize the depth of Volkanovski’s skill in this fight. He is a world-class pound-for-pound talent, and it showed in this one.

To learn about what else Volkanovski and Ortega showed that night …

In order to grow you need to accept your losses like a man. The first step in the process of healing is accepting your short-comings.
In other words, bro, you lost! 🤦🏾‍♂️ https://t.co/slWxoAKDND pic.twitter.com/8pY0YJ3YAZ

I’m ready! Make sure you get your visa ready! The hype will be over soon! https://t.co/Qbni2ExS5L