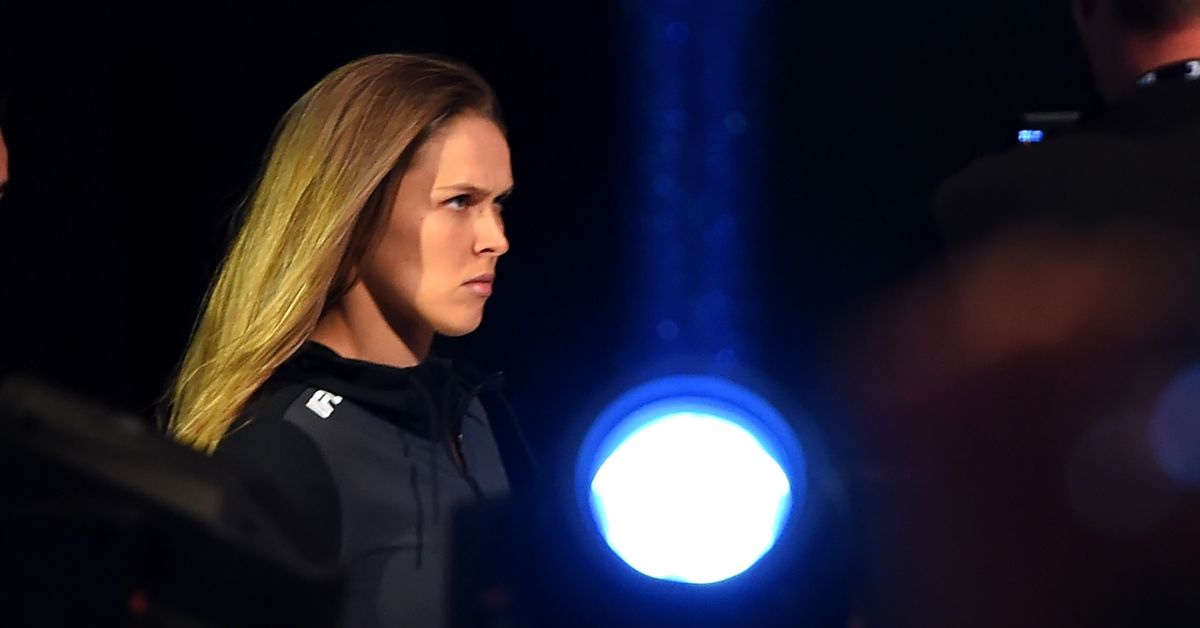 Are things already getting “Rowdy” between Ronda Rousey and the WWE?

For months, Rousey was being built up as the headliner for WWE’s WrestleMania 38 show on Saturday night. Then the WWE reportedly pulled one of their classic last minute switcheroos and decided Stone Cold Steve Austin vs. Kevin Owens should be the final match of the night.

According to Bryan Alvarez of Wrestling Observer Radio, this left Rousey so ‘furious’ she skipped out on a Friday night taping of a WWE Hall of Fame ceremony (read more about it on Cageside Seats). She did show up for Wrestlemania and perform against Charlotte Flair in the co-main event, winning (with the ref unconscious) and then losing as scripted. And now she’s firing back against rumors she was acting like a total diva.

“I don’t know where these ‘reports’ come from but it was an absolute honor to perform under Steve Austin at WrestleMania in Texas,” Rousey wrote. on Twitter. “I wasn’t [at] hall of fame because I have a six month old baby I had to put to sleep early. People are literally creating drama out of thin air.”

I don’t know where these “reports” come from but it was an absolute honor to perform under Steve Austin at Wrestlemania in Texas-I wasn’t a hall of fame because I have a six month old baby I had to put to sleep early. People are literally creating drama out of thin air

Well, let’s get something clear: there’s nothing wrong with being upset at the WWE after they last-minute hose you out of a WrestleMania main event spot. Rousey has the right to be furious because they didn’t even tell her about it until the day before the event. It can be a total honor to fight under Austin and simultaneously a kick in the crotch from the WWE to get played that way.

Leading up to WrestleMania 38, Rousey told fans on her Facebook gaming stream that she was planning on wrestling with the WWE past the big show.

“Yes, I am staying [in WWE after WrestleMania 38].” she said. I’ll be staying for a while. I just had a baby. I’m not ready to have another one yet so, I’ll be staying around ‘till we’re ready for number two, or four.”

We’ll see if this Arlington screwjob affects any of those plans.