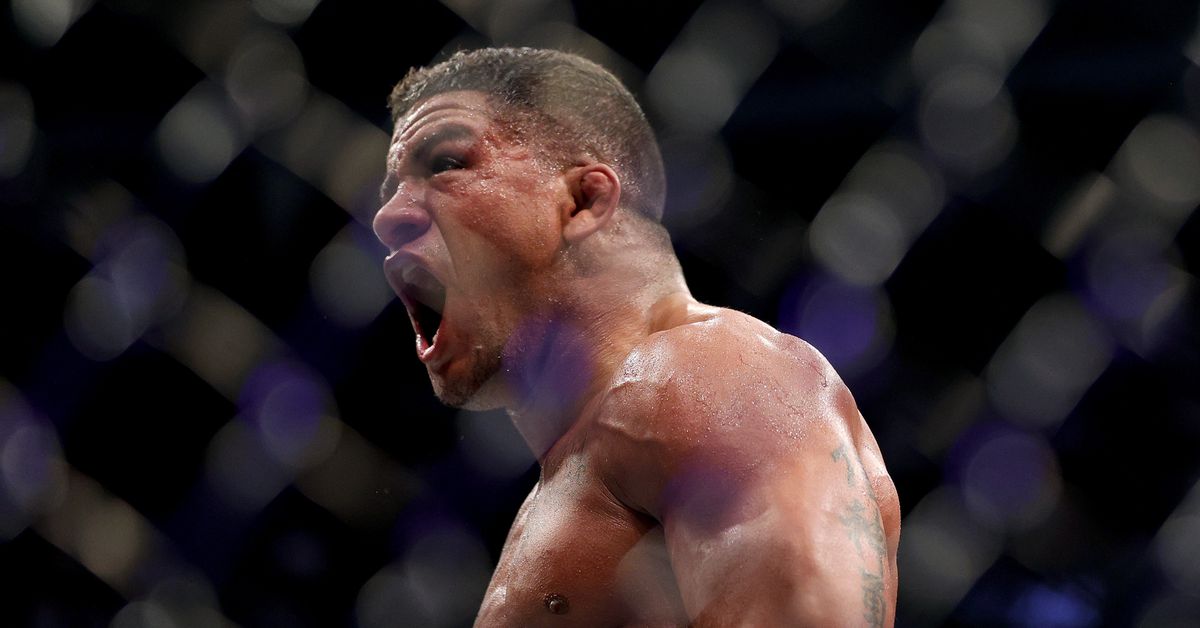 Khamzat Chimaev is back in action for what will be his biggest fight to date at UFC 273 this Saturday night. Throughout his still very young UFC career, “Borz” has shown supreme confidence by letting the likes of champions Kamaru Usman and Israel Adesanya know that he intends to “smesh” one of them as soon as possible, if not both.

But first, the Chechnya, Russia native needs to get past former welterweight title challenger and talented BJJ ace Gilbert Burns.

Age and experience play heavily into the Brazilian’s favor as he has 14 more fights than his undefeated 10-0 counterpart. However, that hasn’t stopped the oddsmakers from placing Chimaev as a lofty -600 favorite despite his majorly questionable competition in comparison to someone like “Durinho.”

Familiar with Chimaev’s position from an MMA perspective, Adesanya also entered the UFC on an unbeaten streak and kept it going until capturing gold. Eventually, he suffered his first and only defeat when attempting to claim the light heavyweight crown against Jan Blachowicz. Other than that, Adesanya has proven himself against the very best competition, not only in MMA but in his first love of kickboxing. The champ believes this is Chimaev’s opportunity to take things to the next level but doesn’t foresee it being easy.

“Definitely this is [Chimaev’s] best opponent yet,” Adesanya said on his YouTube channel. “A guy who has been tested in there, a guy who’s a veteran, jiu-jitsu world champion, and former title challenger. I know Burns. He don’t play about it. He’s real. He’s really about this life. I’m glad that he’s up at welterweight now because he’s a lot more better at this weight class. But Khamzat is on a roll. His last opponent, ‘The Leech’ [Li Jingliang], was the most impressive opponent he’s beat so far. Everybody else, meh, meh, meh, meh.”

“Gilbert Burns is good, but he gets hit. Everyone gets hit, and he’s got power in his punches. You know what? I’ll be rooting for Burns. I think he can get it done.”

Adventure. Conor McGregor’s Black Forge Inn is many things — but what is it really?

You know tattoos are permanent, right?

In June 2017, Brian Stann mentioned a welterweight training in Sweden who would one day enter the UFC and make “real waves” pic.twitter.com/0SQ8nRa2LD

Casey does not approve.

A joke ? Because she had a few losses and decided to move on with her life ? This isn’t how it should be… we should be supporting each other as females in this sport… you can have an opinion on someone’s skills but this isn’t it. Forever a trailblazer & all she done for females https://t.co/eiSaA8YPAJ

I can’t get over that tattoo. Thanks for reading and happy Tuesday!

Does Khamzat Chimaev deserve a title shot with a win over Gilbert Burns at UFC 273?