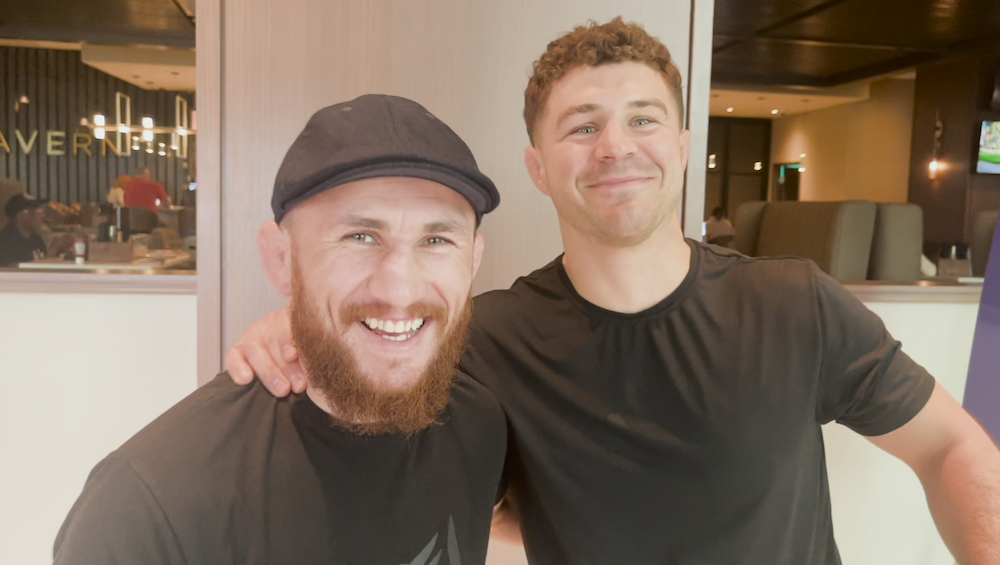 JACKSONVILLE, Fla. – Petr Yan might not be willing to wait until UFC 273 to throw down with Aljamain Sterling, but that attitude doesn’t go both ways.

Sterling found those comments to be utterly amusing, and expressed how he’s just fine with waiting until it’s a sanctioned scrap where both men will get paid for their physicality.

Those sentiments were echoed by Sterling’s teammates and cornermen. UFC lightweight Al Iaquinta said he’s struggling to grasp what Yan’s angle is with his comments.

“He’s not going to do anything,” Iaquinta told MMA Junkie. “Fight’s on Saturday night and he’s got a lot to be worried about. He should leave the teams out of it. … Bad idea. Aljo’s doing his thing Saturday night. Good luck.”

UFC bantamweight Merab Dvalishvili, who will also be in Sterling’s corner for the fight, said he’s not going to engage with Yan or his team prior to UFC 273. Afterward, however, will be an entirely different situation.

“He made big mistake,” Dvalishvili said. “Aljo will show him, Aljo will finish him. .. We gonna let him fight first then we’re going to take care of him and his team after.”

Tensions are clearly rising as the time for the Sterling vs. Yan rematch approaches. The first fight, which happened at UFC 259 in March 2021, saw Sterling win the 135-pound belt after absorbing an illegal knee that led to a disqualification.