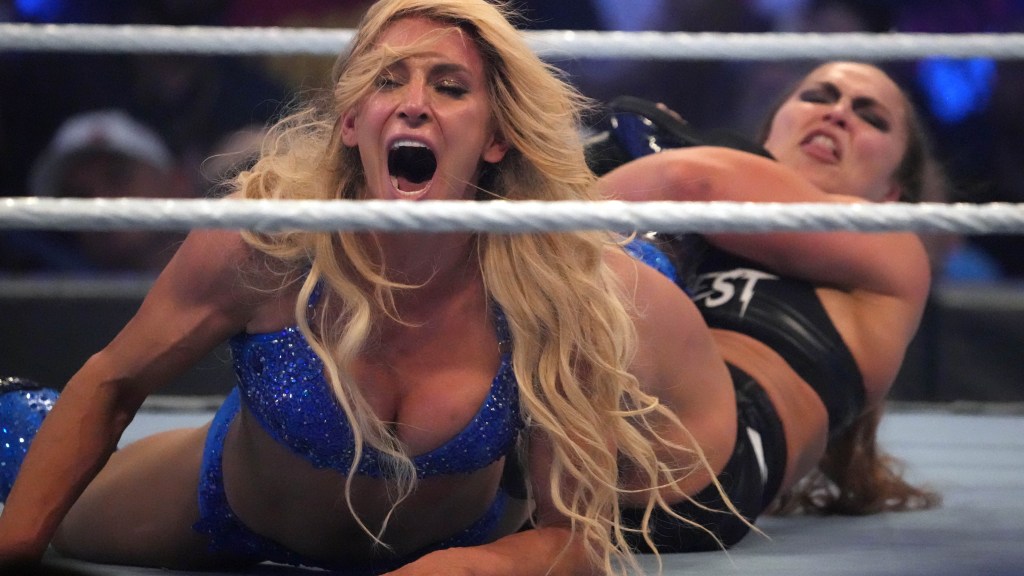 The parallels between MMA and professional wrestling have existed for years.

Since the early days of the UFC, there have been a number of fighters who traded in their MMA gloves for pro wrestling boots to further their careers and enhance their brands in an athletic arena.

This past weekend at WrestleMania 38, two former UFC champions were featured in major matches at the biggest pro wrestling event of the year, as Brock Lesnar and Ronda Rousey took center stage at AT&T Stadium in Dallas.

They weren’t the only former UFC fighters featured at the event, as former welterweight Matt Riddle and former women’s bantamweight Shayna Baszler performed in front of over 77,000 fans. The super-chiseled Bobby Lashley, a former Strikeforce and Bellator heavyweight fighter, also competed in a singles match.

UFC Hall of Famers and former WWE stars Ken Shamrock and Dan Servern perhaps helped pave the way for athletes to crossover from the cage to the ring and vice versa.

That leads us to ponder the following: Who in UFC could make the jump to the WWE and become a big star? Are there any WWE stars who could really throw down in MMA?

Our “Spinning Back Clique” panel of Mike Bohn, Matthew Wells, and Brian “Goze” Garcia discussed who could do well if they made the switch along with host “Gorgeous” George Garcia.

You can watch their discussion in the video above, or check out this week’s full episode below.