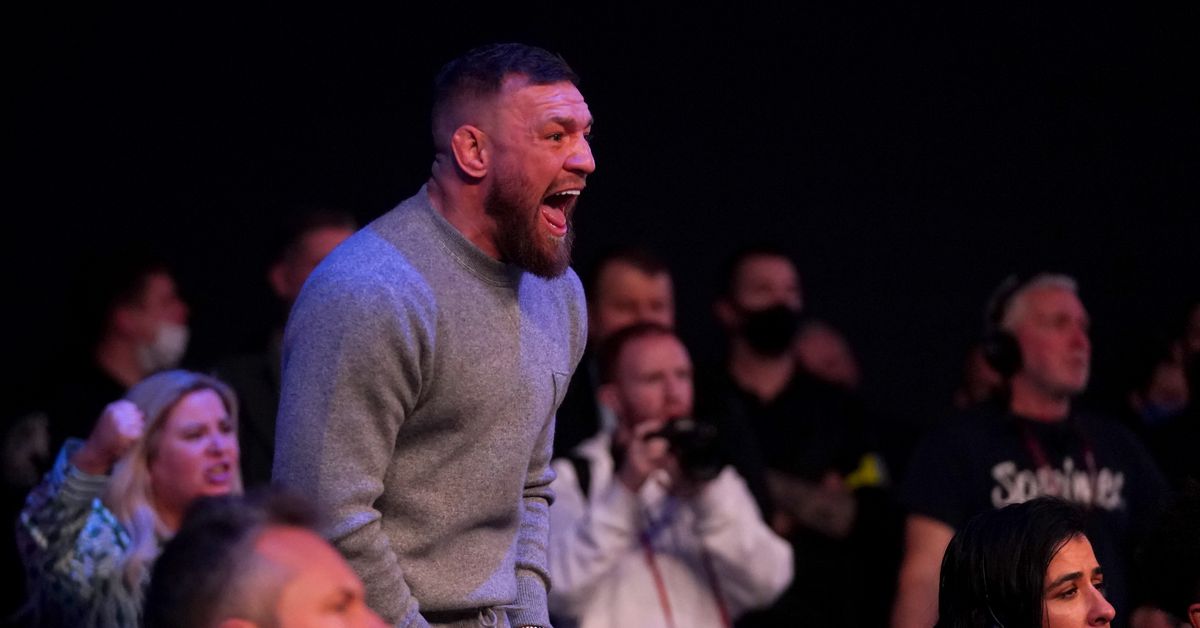 The Ultimate Fighting Championship (UFC) announced today (Thurs., April 7, 2022) that in addition to the regular Performance and Fight of the Night bonuses, this Sat. night’s UFC 273 pay-per-view (PPV) event will introduce the Fan Bonus of the Night.

However, after seeing today’s pre-fight press conference, former Featherweight and Lightweight champion Conor McGregor believes there should be a boost for the regular bonuses as well.

“Great to see all the young pups up there @ufc today!” McGregor tweeted. “We do face-offs always here. Correct this going forward. Awesome stuff! Is it a ‘big fights feel’ somewhat right now with this card? I think so! Let’s go fighters, bring it home! 60g’z Dana [White]! Up the bonus, let them go for it!”

The UFC has raised bonus amounts in the past, UFC 262 being the most recent instance when the promotion gave out $75,000 rather than the usual $50,000. The new fan bonus will be payable in cryptocurrency thanks to the partnership with Crypto.com and will be separated across three fighters. Most votes receiving $30,000, second place with $20,000, and third with $10,000.

Aside from the big three fights closing out UFC 273, McGregor showed hype and support for the Strawweight contender bout featuring Mackenzie Dern and Tecia Torres.

“What a company! Congrats Ari [Emanuel] and Pat [Whitesell] on the latest packets, half a b. Tasty!” McGregor said. “Rooting for @ParadigmSports teammate @MackenzieDern here! The sheer confidence radiating here! Incredible! Really exciting fight this one! The Tiny Tornado vs. The Brazilian Bomb!”

MMAmania.com will deliver LIVE round-by-round, blow-by-blow coverage of the entire UFC 273 fight card on fight night, starting with the ESPN+ “Prelims” matches at 6 p.m. ET, followed by the remaining undercard balance on ESPN/ESPN+ at 8 p.m. ET, before the PPV main card start time at 10 p.m. ET on ESPN+.

For more news and notes on UFC 273 be sure to visit our comprehensive event archive right here. For the updated, revised, and finalized “Volkanovski vs. ‘The Korean Zombie” fight card and ESPN+ lineup click here.