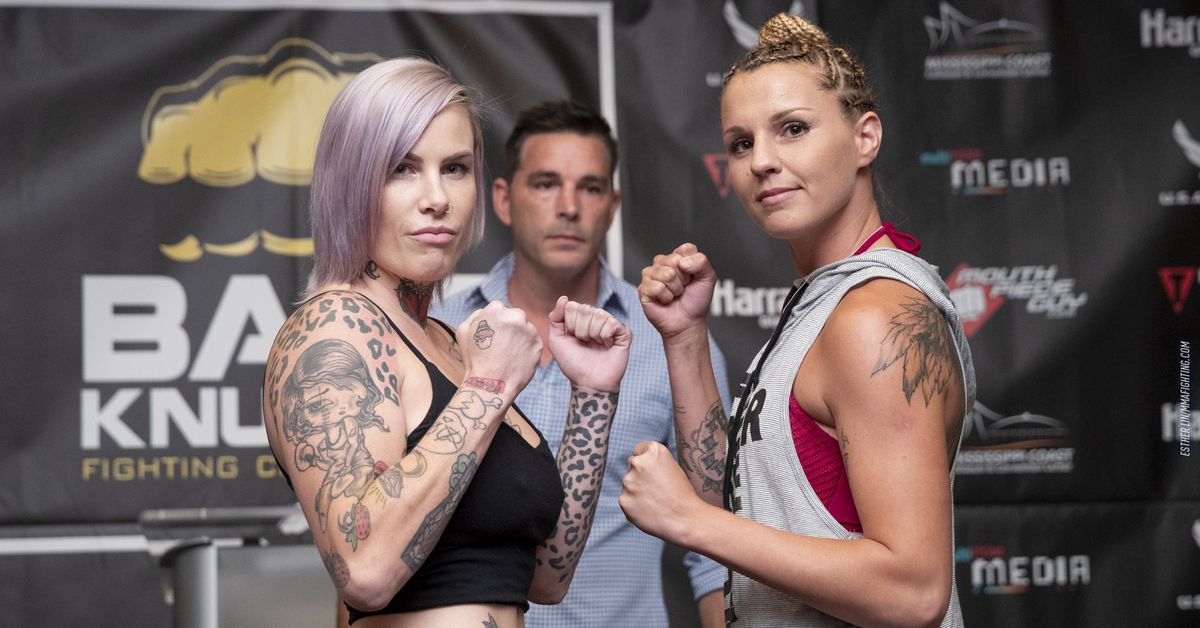 Bec Rawlings will make her long awaited return to bare-knuckle action with a rematch booked against old foe Britain Hart at the upcoming BKFC card in Omaha, Neb. on May 13.

BKFC officials confirmed the matchup after Rawlings announced the fight via Instagram.

Rawlings returns to BKFC after she went undefeated for the promotion through three fights including a grueling split decision win over Hart back in 2018.

Rawlings’ last win with BKFC came in 2019 before she returned to mixed martial arts for a two fight stint with Bellator MMA where she went 1-1. She eventually parted ways with the company and then signed a new deal to return to BKFC.

She’ll have a tough first test in her comeback fight as she faces off with Hart, who went on a four-fight winning streak to put herself into title contention but fell short of becoming champion after losing a decision to Christine Ferea.

During her run to the top of the division, Hart picked up impressive wins over UFC veterans Paige VanZant and Pearl Gonzalez but now she’ll look to avenge a loss on her record when she faces off with Rawlings in May.

BKFC will announced more matchups for the card in Omaha in May in the coming weeks.